From Finale Gets Weird… Even for EPIX 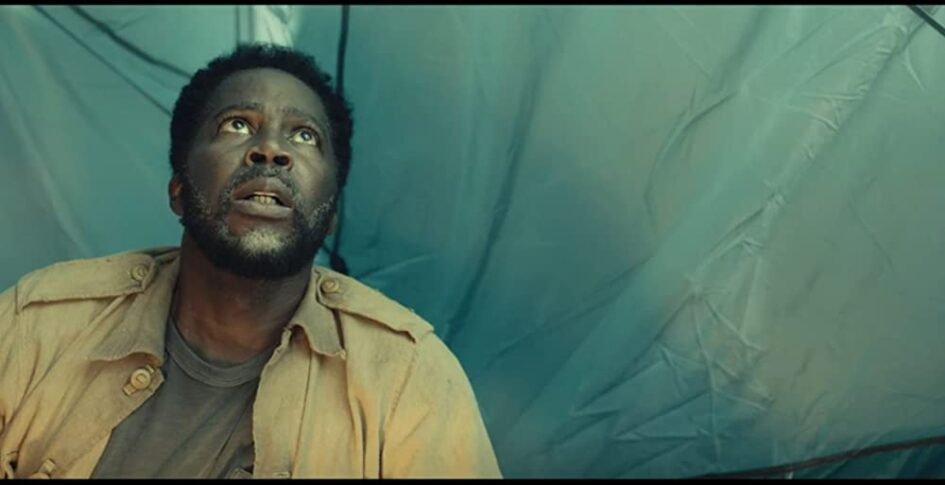 What's that? Something strange lurks in the woods on From. Photo Courtesy: EPIX.

Per Matt
Whenever a storyline gets weird… I dig it. And should that story straddle multiple genres, I enjoy it all the more. If it somehow ventures into the gross-out category (such as body horror), I tend to shy away. But when there’s a supernatural presence, I’m all in for the full emotional experience.

Season 1 of From takes you on a journey — a weird one, at that — and the rollercoaster-ride ends with multiple cliffhangers leaving me aching to see what’s in store for these characters as soon as possible. I just hope the show’s filmmakers don’t go out of their way to make it TOO weird.

From depicts a small town with a diner, a few houses, a post office and a church surrounded by a forest. That may not sound like the makings of a scary story, but when the sun goes down, out comes the blood-thirsty monsters. Those stranded within this rural hell hole have no contact with the outside world… almost as if nobody else exists. And the only thing that lives here is fear!

All departing roads return to the town, which is fueled by an unknown power source. Somehow chickens and cows wander into the area for food (but the citizens never know where they’re actually coming from). Magical talismans keep the killer creatures at bay and the shroud of confusion enveloping these characters is dense. These are not perfect people. There are many squabbles among the families, as they attempt to make sense of the chaos. Sometimes things get violent. Sometimes people die. Other times, people vanish into thin air.

“Everything about this is impossible.”

There’s Sheriff Boyd (our hero, played by Harod Perrineau), desperately trying to return his people home while developing Parkinson’s tremors and dealing with his own family issues. What about the waitress (Avery Konrad) with seizures, who hears voices guiding her to kill those around her? And Victor (Scott McCord), the creepy manchild who never matured, might just be the unlikeliest hero found in any story, ever!

What is really going on here? Sure, there’s Faraway Trees, which act like portals for these characters to teleport into different areas, but after watching 10 episodes, I still don’t know what these people are running from, or why they’ve been chosen.

That could be by design.

From is created by John Griffin (who wrote one episode of The Twilight Zone, as well as the upcoming Magic: The Gathering series) and brought to life by Anthony and Joe Russo (formerly of the Marvel Cinematic Universe), as well as Jeff Pinkner (co-creator of Fringe), Josh Appelbaum (supervising producer of Alias) and Jack Bender (Under the Dome, The Last Ship and LOST). That’s definitely a Who’s Who of powerful filmmakers, but the last one gives me the most hesitation.

There’s lotsa theories about this place. Questions of a tormented Purgatory immediately arise among the characters, and I’m suddenly reminded of all the squandered potential of LOST. That show was so cool. It was creepy. It was weird in a good way, until after writing its characters into one too many corners, the showrunner simply couldn’t give a believable explanation as to why anything happened on that series. I’m definitely hoping that won’t happen here. Not with all of these heavy-hitting producers.

As From‘s season finale wraps, there are setbacks for our villagers, but as one character notes, “There’s always a way.”

Each one is fighting different battles, whether they’re suffering from addiction, depression or the loss of loved ones. This place plays head games with everybody who’s stuck there. And a big storm arrives just as the first few transmissions are made from a homemade CB radio.

Someone with a strange voice responds, who seems to know them all. Can he be any worse than the webbed nightmare Boyd experiences in the woods, which would give Shelob a run for her money?

“There are things out here that are worse than the monsters…”