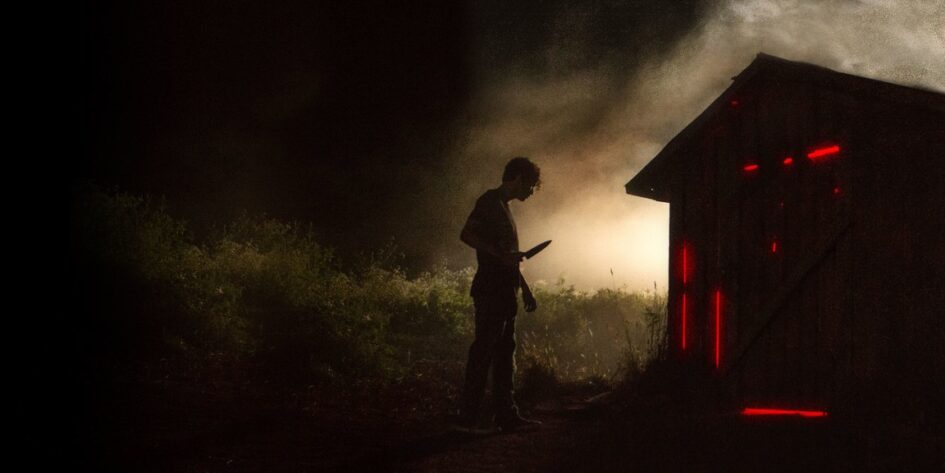 I have watched many teen coming-of-age films. I have reviewed a few here, including the highly enjoyable Booksmart, and they all seem to have a familiar formula. You have a teen who is picked on or treated badly by people at school. They may even have a crush on the popular boy/girl, who happens to be typically associated with the “bad people,” but has a heart and empathy for the downtrodden teenager. Then, at some point, something happens to the “hero,” and they find the inner strength to change their lives, standing up to the bullies and getting the love interest. The movie ends with them sticking it to the baddies and being the hero we all want and need.

When I first saw The Shed banner on Shudder, I was kinda wondering what it could be about. I found that it was a horror version of the “coming of age” film, just adding blood, gore and vampires!

The Shed debuted in 2019. Frank Sabatella is no stranger to the horror genre, having directed Blood Night: The Legend of Mary Hatchet in 2009, along with short films Night of the Pumpkin, The House That Cried Blood and Children of the Witch. Even with a 10-year break from full-length films, Frank doesn’t seem to have lost any of his edge, returning with The Shed.

Stan (Jay Jay Warren) lost his parents and now has to live with his grandfather, Ellis (Timothy Bottoms). Their relationship is anything but good, with Ellis being extremely abusive toward the teenage Stan. And things don’t get much better for Stan at school, as he is constantly bullied by Marble (Chris Petrovski). Sharing in his school problems is Stan’s best friend, Dommer (Cody Kostro), who is also the target of Marble and his crew’s taunts and attacks. And to make matters worse, Stan has a crush on Marble’s girl, Roxy (Sofia Happonen).

One night, a man named Bane (Frank Whaley) is attacked by a vampire. The vamp dies as the sun rises, but Bane finds that he is infected with the vampire curse. Having limited options as the sun begins to burn him, Bane seeks shelter in a shed that happens to be on Ellis’ property. As the mutation begins to take over, Bane becomes feral, feasting on anything that comes into the shed.

Stan soon finds out that Bane is in the shed. Locking him inside, Stan and Dommer try to decide how to deal with the creature. Stan wants to destroy the monster, while Dommer has more devious plans, wanting to enact a level of revenge upon those who have made their lives a living hell. Which choice will they make? Who will die to the unholy creature in the shed? Will anyone save the day? And will Stan get the girl of his dreams? 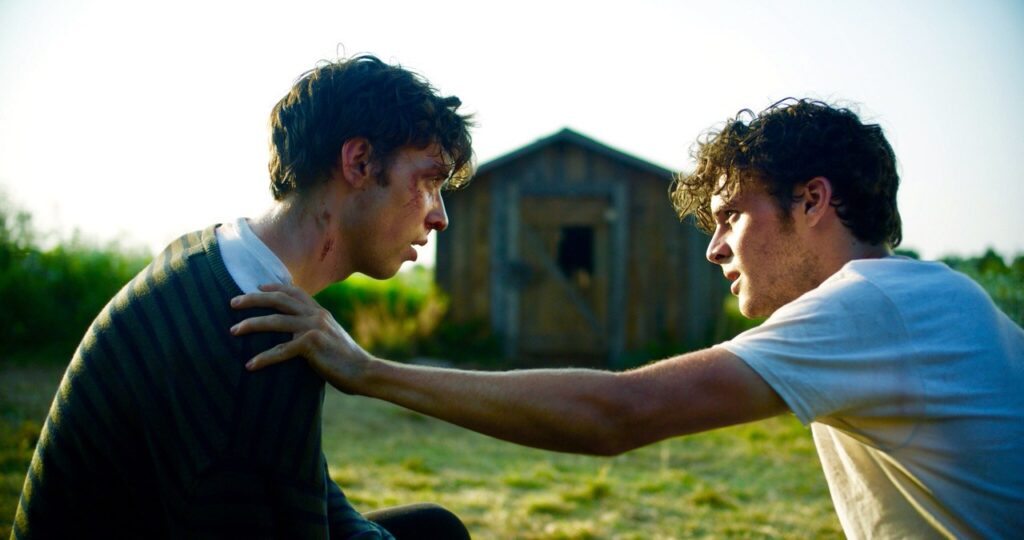 The Shed is not billed as a horror-comedy movie, but pulls it off pretty well. The humor is subtle, and helps break up the slow burn that takes place from the time Bane enters the shed, to the final scene. Lots of cheesy one-liners make up dialogue in the film. However, I found myself not really minding it. Stan and Dommer talk to each other like I find myself chatting with my friends. It’s natural and flows really well. Nothing felt forced. It really helped sell the relationship between the two, as well as how they relate with the rest of the citizens in the town.

As mentioned, The Shed is a slow burn. Sabatella really takes his time in developing the story for Stan. While we learn more about him and his upbringing, Frank injects moments of terror, as the vampire consumes more and more victims who happened to enter his makeshift domicile. These little moments of gore add up, making the final battle between the living and the undead feel scarier, as I was worried for the teens caught up in this mess.

The Shed is the perfect balance between “coming of age” teen drama and horror film. I give it a solid four out of five stars. The only negative I could find with the film is that is very predictable. There are no swerves when it comes to the story. While I found the climatic scene slightly unnerving, it was easy to see what was going to happen. But other than that, The Shed is an excellent coming-of-age film, especially for fans of scary flicks!

The Shed is currently streaming on Shudder.