Expedition Unknown Continues to Search for the Truth 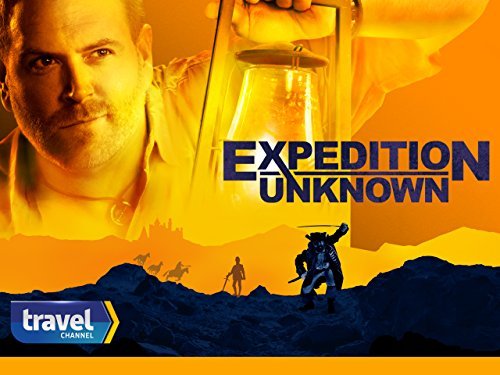 Josh Gates returns for all-new legends, mysteries and evidence as he hunts for the truth in Season 2 of Expedition Unknown.

In the season premiere, Gates and his team investigate the 1,500-year-old legend of King Arthur. Known as the cornerstone of British mythology, it’s still unknown to this day if Merlin, Arthur and the Knights of the Round Table were merely story-book characters or actual living people. The group explores the possible location where Arthur was conceived, where Arthur was buried, the actual location of the Sword in the Stone and an underground cave where the Knights of the Round Table may have actually existed. The biggest discovery is the legend may be based on an actual Arthur in Scotland, who was a druid warrior — not a Christian king — who lived during the fifth or sixth century.

Genghis Khan’s tomb is the topic for the second episode of the season. Here, Gates and his team visit a remote location on the hunt for the mysterious remains of the larger-than-life conqueror. Viewed as a hero in his homeland, Khan’s burial place has puzzled many throughout the years. Possibly for the first time ever, outsiders (Josh and his group) are allowed to visit the Forbidden Zone (although they are not allowed to excavate anything, whatsoever). Guarded and protected by a local tribe since the 13th century and directly ordered by Genghis Khan himself, the tribe’s descendants continue to guard the area. If anyone is remotely caught snooping around this holy location, they’re usually beaten or killed. Josh and his gang believe they’ve discovered a man-made mound atop a sacred mountain, where his remains may lay. While they got some decent photographic evidence, they are not allowed to investigate.

Josh Gates lives for adventure and discovery (often paired with some humorous misadventures). His choose-your-own-adventure style is contagious and inspiring. With the help of authors, historians, professors, archaeologists, guides, translators and adventure-seeking locals, he’s often found hiking, kayaking, horseback riding, scuba diving, repelling, driving, flying, climbing, crawling and generally embarrassing himself as he tries to lift the veil of uncertainty from legends, mysteries and tall tales, in order to uncover the truth. He often uses ground-penetrating radar, satellite images or other technological tools to help him find bits and pieces of evidence to aid his journey.

After watching only two episodes, so far, it’s clear that music plays stronger role this season. Future episode titles include Blackbeard’s Hidden Gold and Hunting Vampires. Season 2 will have a 16-episode season, but hunting for Blackbeard’s booty seems a little too similar to Josh’s past searches for Captain Morgan and Jesse James’ hidden treasure in Season 1. Hopefully this isn’t a continuous trend and there will be more than just gold-seeking adventures. The upcoming vampire episode, though, is something to get excited about. It should make for a good Halloween episode, at the very least. Here’s to hoping there will be more paranormal adventures researched in future episodes.

Strength: Incredible journeys around the world in search for answers.
Weakness: Too many buried-treasure episodes already.
WTF Moment: The lengths Gates will go in order to embarrass himself are endless. That ALWAYS makes for great TV!

Notable Quotes:
– “I like that you’re travelling with a sword.”
– “This is, after all, a country where horses outnumber people 13 to 1.”