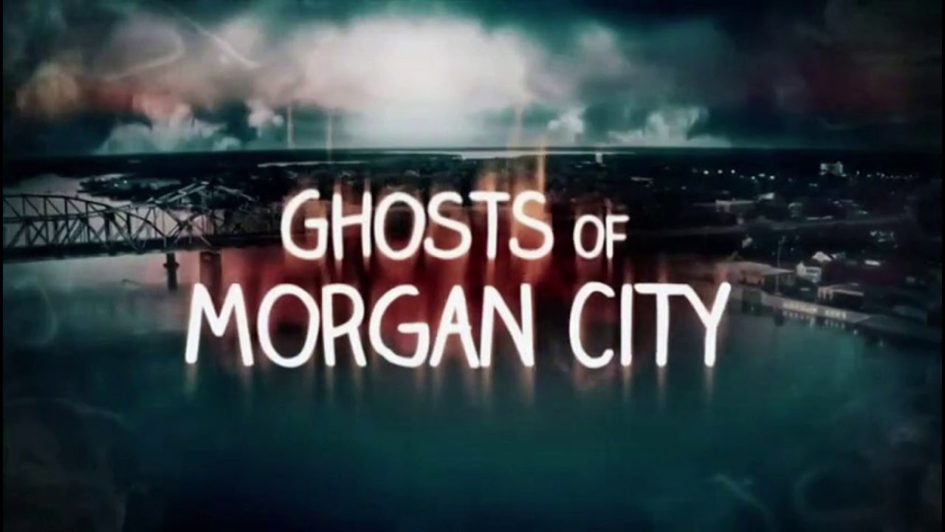 Life in Louisiana is different than other any place within the United States. The food, the people, the customs, the local legends, the superstitions… and that includes living alongside the supernatural. And if you’d believe the local police department, the hauntings “are spreading.”

“There’s something strange happening in Morgan City, Louisiana and Police Chief James ‘Bo’ Blair is ready to get to the bottom of it. With a surge in unusual emergency calls related to unexplained paranormal encounters, Chief Blair has reached out to Police Chief Mike King of Shepherdstown, West Virginia, who not too long ago was in a similar situation. Following Chief King’s advice, Chief Blair decides to recruit a team of specialists including local paranormal investigator Jereme Leonard, former FBI agent Ben Hansen and psychic medium Sarah Lemos.”

So begins the newest paranormal TV show airing on Travel Channel: Ghosts of Morgan City, which airs on Friday nights at 9 p.m. ET/PT.

This trio of ghost hunters, along with the assistance of a local historian and a technical mad scientist, attempts to help people who may have reported bizarre incidents to the local police department. In the pilot, the group determines a shapeshifting lakeside mist that allegedly solidified into the ghost of an eyewitness’ past relative (who was involved in a scandalous love triangle), was wrongly accused of murder. The second episode was a bit more emotional, as the group seemingly brought peace to a family that has been haunted for 25 years by a pair of active spirits.

With the results of the first case solved — and if you ask me, the pieces fell into place WAY too easily, as I predicted the outcome within 15 minutes of the show’s opening — the services of these ghost hunters is requested throughout the St. Mary Parish (including unsolved cases within five local municipal cities and a large unincorporated area). Traveling in their base of operations — which happens to be an RV with “Ghost Coach” painted on the side — this group hopes the truth is out there and that they will find it. Upcoming episodes flirt with voodoo and a violent Civil War battle, and I’ve got to admit I’m interested in seeing what happens next.

As a fan of just about everything involving New Orleans (even though this show doesn’t actually take place there), I’m hooked. I recognize this show’s quite a bit different from all the others and I instantly recognized Ben Hansen from his appearances on previous ghost shows (he’s good at what he does). As a skeptic of the reality TV genre, I have my doubts about the results of many paranormal investigators, including this group, but they seem honest and willing to help others, which is a huge positive for this show. Even though there will only be eight episodes, I look forward to catching more.

Since Travel Channel is loading up on paranormal programming, it feels like there’s more ghost hunters out there than ever before appearing on the network, airing every day of the week. So, how long until the investigators actually outnumber the undead?