Giancarlo Esposito is the Reason to Watch Godfather of Harlem 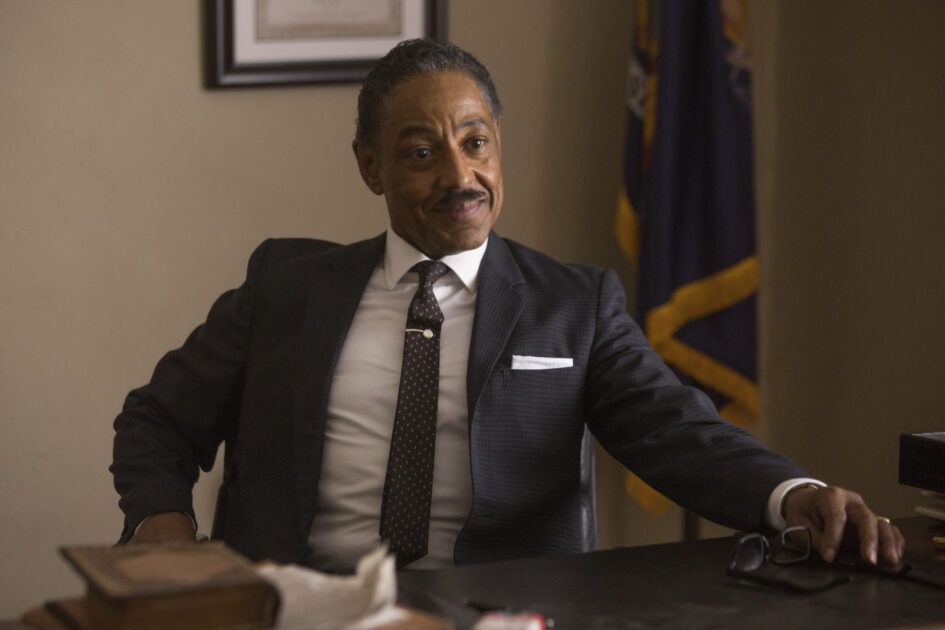 Per Matt
A womanizer. A sleazy politician who uses his pulpit (and the power of the press) to push his priorities front and center, while never quite changing his bad behavior. Some would call him a fraud, but Giancarlo Esposito’s Congressman and Reverend Adam Clayton Powell is a complicated character, who’s based on a real-life person. And he’s the reason you should be watching the EPIX series, Godfather of Harlem.

Self-described as “intersection of politics, civil rights and crime,” there’s a whole lot going on in the series premiere. At first glance, I really wasn’t sure I’d get into watching this TV show. Sure, the foundation is laid by Forest Whitaker’s character, Ellsworth “Bumpy” Johnson, but the premise felt a little too heavy for me, at the time. And then I decided to binge-watch the remainder of the show and my opinion immediately changed after watching a couple of episodes.

Not long ago, without any sort of warning, I began craving fictional history. I like seeing stories told involving actual people. While EPIX goes to great lengths to mention this series is inspired by actual people and events, but the stories have been fictionalized for the show. Public figures such as Bumpy, Malcolm X, Cassius Clay all make appearances here and the show is stronger for having them in it.

Season 1 examined what is the American dream, while Season 2 is set up to look at the dark side of that dream. And that brings us back to Adam Clayton Powell. His antics keep the show from being too heavy. Overall, Whitaker’s strong-and-silent leader works with and against the mafia while keeping one eye open to survive just one more day, but it’s Powell’s character that draws me in, always wanting to see more. What kind of mess will he willingly create for himself this episode and how will he weasel his way out? He’s unapologetically himself. At times, the viewer — meaning myself — can slightly peel back the character’s layers and even see a little bit of themselves on the small screen. That’s called good writing.

“Everyone knows that crime don’t as well as politics do…”

Godfather of Harlem touches upon identity politics, civil rights, social issues and “Black economics.” It’s a lot easier for the main characters to be gangsters instead of actual family members. The criminal organization is the real-life monster here, but I’ve finally accepted Vincent D’Onofrio’s portrayal of Vincent “Chin” Gigante as a despicable capo, and especially Paul Sorvino’s Big Bad, Frank Costello. These two antagonists, paired with the moral ambiguity of Giancarlo’s Powell, keep bringing me back.

On the run for three months, La Cosa Nostra has put a contract on Bumpy Johnson’s life. Needless to say, tensions are high as Bumpy’s laying low, while his family hides down in Charleston. Discussions of home and heaven are breached in the season premiere, “The French Connection,” along with a pop-culture influenced storyline. There’s some conspiracy theories, along with links to the New York World’s Fair.

Things have gotten down and dirty for our heroes, so it’s finally time for them to fight back and gain the upper hand. I’m looking forward to discovering more real-life links to New York’s past in the upcoming episodes. But most of all, I want to see more character development from the honorable Adam Clayton Powell.

“It may be crazy to steal from the mob, but this is a game of chess, and I’m putting their greed in check.”