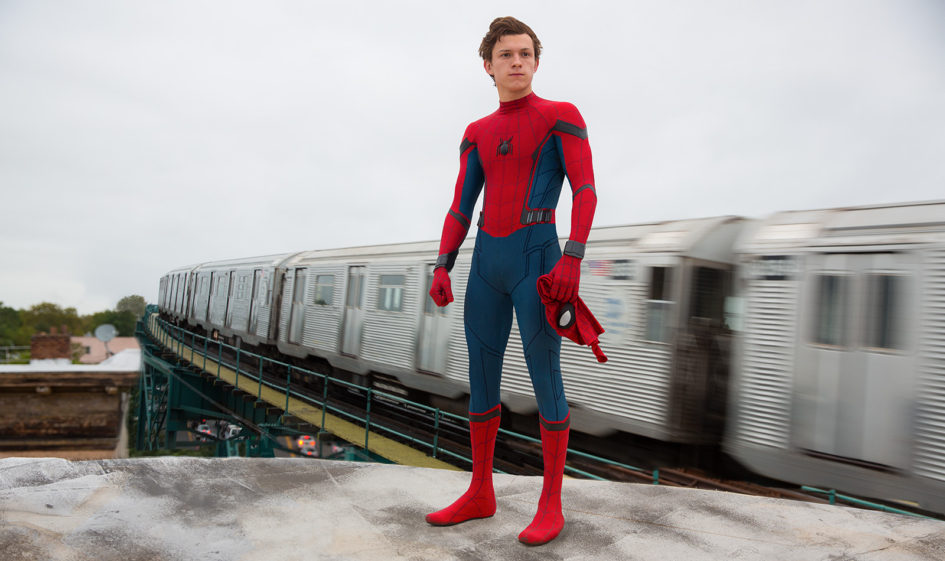 You’re going to read a lot of reviews praising the near-perfection of Spider-Man: Homecoming. It is phenomenal, fun, inspiring, and just what we needed at this stage of the Marvel Cinematic Universe’s progression. It is the best Spider-Man film so far, one of the best superhero films of all time, and it could be a contender for the best of the MCU to date. I’m easily willing to give this film a 4.5/5 and it is the one summer flick you should not miss.

Homecoming returns Tom Holland to his MCU role of Peter Parker, squaring off with Michael Keaton’s Vulture. The roster of supporting cast members surrounding Parker intermingles with an ideally cast set of peers for the young hero, directed by Jon Watts and written by Jonathan Goldstein and John Francis Daley.

Instead of running down a traditional set of accolades and critiques, this movie is so good that a discussion of just what it is that makes it a success seems like a much more appropriate way to impart its many wins. Beware, of course, the presence of spoilers.

Even if you removed the concept of Spider-Man and inserted almost any other storyline, the high school drama portions of this film are quality material as a standalone. Granted, there would be no overarching driver for many of the events, but there was a real risk of the high school setting being unrealistic, failing to honor traditions of the genre, or just plain stupid — and Homecoming falls into none of those traps. We all know how fine of a line this concept can be for the comic genre (right, CW?) so this is a triumphant execution of such.

At first, Michael Keaton’s presence as Adrian Toomes (Vulture) might have seemed like a tongue-in-cheek gag on his role in Birdman. Maybe it still is, but it’s more like a booby trap for those who didn’t come to the movie expecting a class-A baddie. Keaton’s performance is measured, nuanced, believable, and fosters empathy for his motivations. His scene of discovery of Peter’s identity is thoroughly chilling, after what can only be described as a total left-field ambush of a twist, which hits you in the gut. The tech of Vulture is also plausible in-universe and out, and the abilities of Toomes are on par for the character we are presented. It isn’t strange that he can wield his tech and weapons and he never goes “over the top” with any aspect of the role. By the time the story comes down to one of its many true-hero beats, and Spidey has to try to rescue his nemesis from a fiery death, you actually want him to save the guy. There has not been a comic villain with this much identifiable connectivity since Mr. Glass in Unbreakable. Keaton begins to close in on the gravitas of Heath Ledger’s Joker with his performance here, and it is exquisite.

Spidey is quippy. That’s his schtick. This Spidey is… less quippy? But still adequately so. In some cases, the quips of his predecessors, Andrew Garfield and Tobey Maguire, seem almost forced. Holland keeps it very natural and intellectually complex in all the right ways. Add in the fact that his dialogue is not the only source of humor, and the film balances out well. There are gags in the high school context, gags about the MCU overall, Avengers jokes, dark humor within the bad-guy group, and so on. The film carries a hefty weight as a serious tale, but keeps a joyous humor about itself from start to finish.

There Are Brown People at This Homecoming Dance

This is probably the biggest spoiler in this review, so be warned. There are many (many) roles in Homecoming for which the filmmakers had the bravery and social responsibility to cast non-white actors. Peter’s love interest, Liz, is black. Flash is not a white boy — and not even a jock/bully, but an obnoxious DJ and alpha-geek type, played by Guatemalan actor Tony Revolori. General diversity permeates the cast. Even Toomes’ family is revealed to be rooted in an interracial marriage. Finally, in one of the last scenes of the film, we are revealed a tease of forthcoming romance, when “Michelle” discloses that her friends call her “MJ.” Michelle is portrayed by half-African-American actress, Zendaya. We even get a nice scene between Aaron Davis (Prowler) and Spidey, featuring soon-to-be-Lando actor Donald Glover. It is a refreshing and progressive notion to see these major characters in Spidey lore reimagined in more racially diverse ways, and to see the already-canon minorities given early exposure in the debut film for this iteration of the web-slinger.

All The Right Familiar Faces

Joining the incredibly well-conceived cast is the traditional Stan Lee cameo and a roster of our favorites from the Iron Man films. Pepper is back, much the pleasure of fans who’ve been missing Gwyneth Paltrow’s presence on screen of late. Happy is featured throughout the film, continuing what may be Jon Favreau’s best role. Of course, we also see Robert Downey Jr as much more of a supporting character than he normally portrays, as the mentoring Tony Stark.

It’s Not an Origin Story (Thankfully!)

One thing we do not see is any sign of an origin story. Yeah, yeah, we get it. Uncle Ben, power, responsibility, spider bite, blah blah blah… Everyone knows this stuff for the most part, and this film manages not to patronize us in any way, making the safe assumption that most people managed to catch the hero’s backstory somewhere along the way in the last 15 years of cinema. We join Spidey slightly before, a little bit during, and mostly after his debut in Civil War, and that’s just fine.

You Can Bring A Noob Along

This film has just enough stand-alone value to bring anyone you might want to introduce the MCU to who has not been along for the other related films. You don’t have to see all the other installments to “get” this story and the events of this movie. Either as a gateway to the universe or a one-off, it works quite well for the uninitiated.

But… What About the Marriott?

The only disappointment I can muster for this film is that a very iconic building seen in the trailers seems to have had its scenes cut. In most of the trailers, a shot inside the Marriott Marquis Atlanta (site of the world-famous Dragon Con event) is seen with Vulture swooping down. This scene must have been re-shot or cut entirely. You may recall this building as the Capitol in the Catching Fire and Mockingjay installments of The Hunger Games. Including it in yet another massive fan-genre flick would have been a nice continuation of its legendary status.

All-told, this is a must-see comic book movie. I pity the rotten soul of anyone who manages not to enjoy and be thrilled by this film. Audiences are going to fall in love again with Spider-Man, and this film is a triumph of the studios managing to move along from years of childish drivel and useless division of the franchises. This friendly neighborhood member of the roster is just the guy we needed to light up the summer in the geek film lineup. These filmmakers had to deliver, they did, and the results are nothing short of… Amazing.