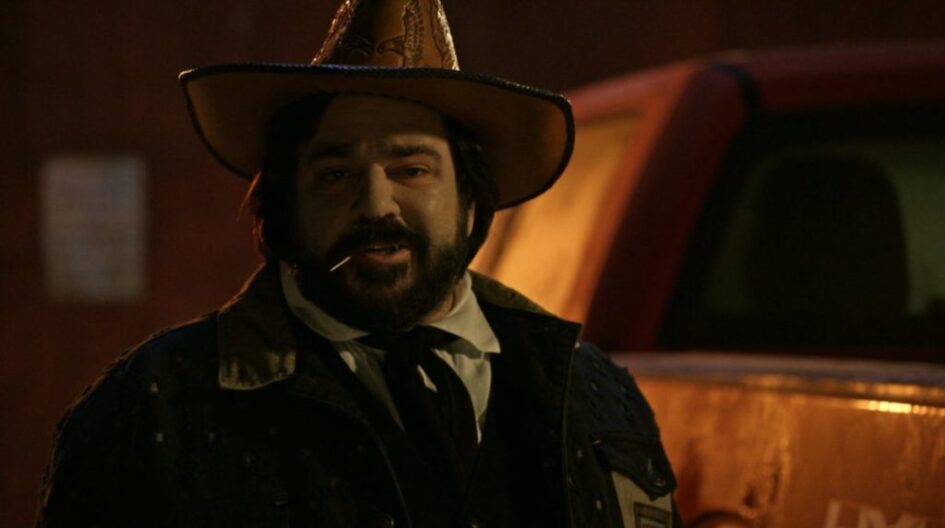 Per Matt
Recognition is something everybody covets, whether it’s from our peers or our employers. We all want to be told that we’re doing a good job and that others have noticed. This may be more true for those in Hollywood, than those out in the “real world.” And with the 2020 Primetime Emmy Award nominations, What We Do in the Shadows inches just a little bit closer toward staking a claim at a major award.

Nominated for seven awards — including the Outstanding Comedy Series! — Shadows literally walks out of the darkness of basic cable and shines a big, bright spotlight on Season 2 (Vampires Receive a Temporary Stay of Execution in Shadows‘ Finale). It should come as no surprise than many series airing on the FX Network have won a variety of awards, but this one is extra special for me. Adapted from a tiny New Zealand feature film that only brought in $6.9 million at the worldwide box office, it was a successful movie, but nothing that anyone would think could vault its filmmakers toward notoriety six years later. I was a fan of that one and I’ve enjoyed this show even more, from the very beginning.

Filmmakers Taika Waititi and Jemaine Clement have hit the jackpot. As creatives, their dry sense of humor has transitioned seamlessly into the world of ancient vampires and I couldn’t be happier for the rest of the world to finally take notice. Originally credited as writers-directors-stars of the tiny movie, they’ve transitioned to the big time with their small-screen adaptation. Along the way, Taika joined the MCU (Ragnarok Brings Thor a Lighthearted Adventure With Serious Repercussions) and brought the top-ranked screenplay of The Black List to life (Jojo Rabbit Dances Around Heavy Topics), before winning an Oscar for it (Oscar Voters Finally Saw the Light). Clement focused on being a very busy actor, appearing in The Lego Batman Movie, Legion and the upcoming Avatar 2, 3, 4 and 5 before becoming the small-screen showrunner.

Oh, and did I mention Mark Hamill Visits the Dark Side of Shadows? That episode, alone, deserved all of the recognition it received, as it was hilarious, but series regular Matt Berry (as Laszlo Cravensworth, pretending to be Jackie Daytona) absolutely stole the show. While I love that episode dearly, what may be the absolute BEST episode of the season features Mark Proksch the energy vampire, ultimately receiving recognition by his employer (“Colin’s Promotion”).

Outside of Shadows, each of the filmmakers have stayed busy. Both have had guest roles on Rick and Morty, while Taika Takes a Turn Visiting the Star Wars Universe before he Adapts Akira.

Should the show win ANY Emmys this year, I really, really, REALLY hope both of the guys can slice a major chunk out of their already-full schedule to make even larger contributions to Season 3 of What We Do in the Shadows, which has already been announced. I’ve already a fan of both multi-hyphenates… I just want them both to collaborate more often on the small screen together, to propel the quality of Shadows even further into orbit next year!