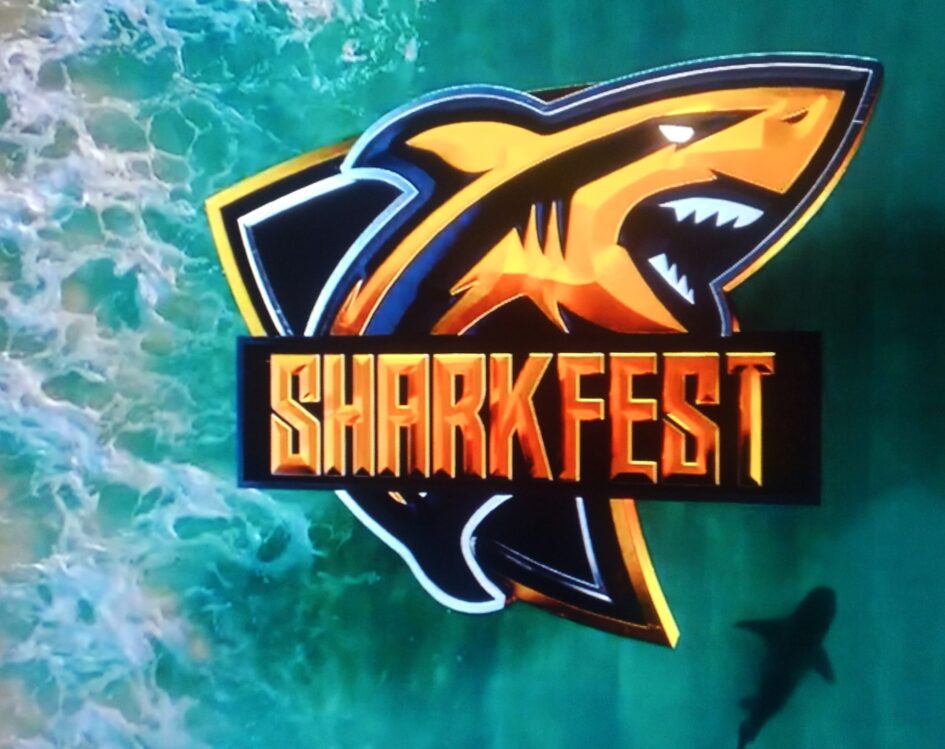 Hunt. Kill. Eat or be eaten. What’s a summer without sharks? Since many movie theaters are currently closed to the general public (yet there’s still no sequel to The Meg) and my main source of entertainment being basic cable (not to mention Discovery’s Shark Week has yet to begin), the entire month of July has left a Sharknado-sized hole in my life. Enter National Geographic Channel’s killer programming, which means it’s the perfect time for a five-week-long SharkFest extravaganza!

Nat Geo has pulled all the stops, with new programming airing on each night for not one, not two or three or four… but FIVE straight weeks! That’s a boat-load of bloody terror for those faint-of-heart swimmers in open waters. While Sharknado was absolutely escapist entertainment with a dash of horror, Nat Geo brings a totally different kind of underwater monster to the small screen. This one is very real. And very deadly.

Shark vs. Surfer. United Sharks of America: Shark Bite Capitals. Mega Hammerhead: Ultimate Predator. Most Wanted Sharks. Raging Bull Shark. 50 Shades of Shark. Sharkano. These are just a few of the samplings you might experience while tuning into the channel (or streaming online). I really enjoyed learning about hammerheads and watching the never-ending battles between dolphins and sharks, but the majority of the programming can be summed up as either educational or recreations of shark attacks. After a while, it all blurs together. That’s not a bad thing and it’s all got great quality, but that’s not a whole lot of variety for five whole weeks.

Now, Discovery Channel seems to have this topic covered very well. While the channel doesn’t take its programming so seriously, that’s actually a good thing when dealing with such deadly creatures. Nat Geo, as a channel, is very enjoyable and its edutainment value is decent, but Discovery literally blows it out of the water when it comes to entertainment value.

In terms of staking out timeframes for programming, both channels seem to have aired their bloody best later than usual in 2020. In years’ past, all the sharks marked their territory by the Fourth of July. Since Syfy has completely mined their original source material (for now) and the pandemic has made practically every channel feel the immediate urgency to air new material, five weeks of new programs couldn’t have come at a better time. Both shark franchises normally air anywhere from early to late July, so it seems Nat Geo grabbed the void and made their entire month shark-tastic.

While there haven’t been too many celebrities making appearances on Nat Geo’s shows (except for those who geek out on seeing marine scientists in their natural environments), more than a few are scheduled to appear in the programming of Discovery. There will be Youtube influencers big and small. And then there’s Mike Tyson…

Nearly 500 species of sharks have been found patrolling planet Earth’s oceans for more than 400 million years, so there’s plenty of variety just waiting for your programming pleasure. Now, SharkFest 2020 wasn’t bad, but a little bit of variety could be a good thing for the channel. Many of the highlighted shows seemed to air so much of the same thing.

Can’t wait to see who wins the upcoming battle between Mike Tyson and that shark, though, on the other channel… now that’s REALLY different!