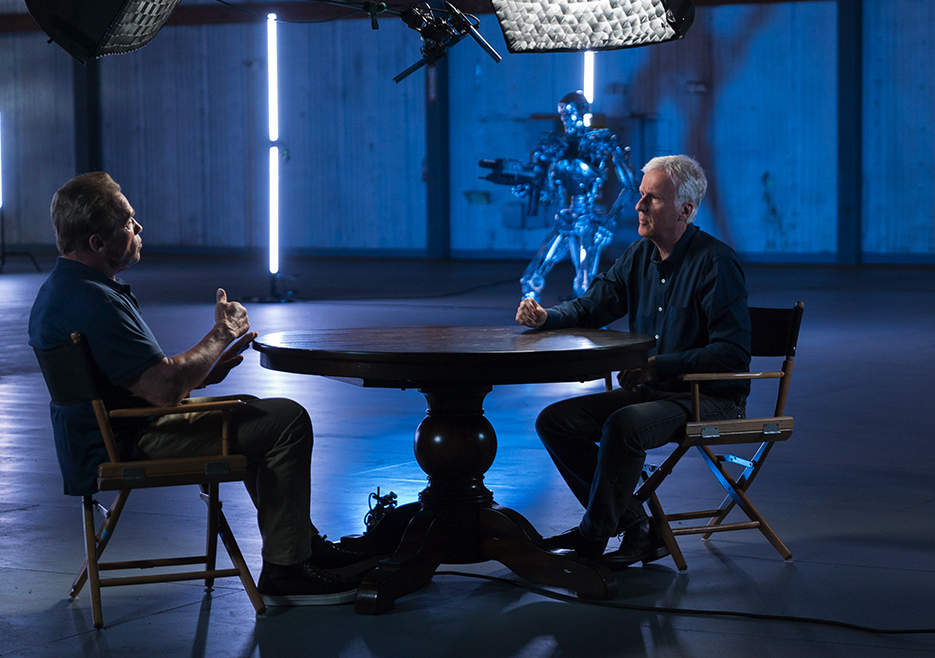 Remember back in the day when people actually bought DVDs, which highlighted incredible supplemental behind-the-scenes documentaries that explored related topics to their subject matter? Those were the best! Clearly I’m not a big collector, as I haven’t bought a DVD (or a Blu-ray movie, for that matter) in ages. I’m guessing they still exist, but I can’t be sure. These days, even though he hasn’t directed a feature film within the last nine years, James Cameron has been keeping pretty busy. In between writing and filming the upcoming four Avatar sequels, James Cameron made some time to explore the history of a variety of genres, airing on AMC in a six-part series.

James Cameron’s Story of Science Fiction feels exactly like that supplemental material… but it digs in deeper with great behind-the-scenes stories of the filmmakers who helped create some of the best-known Hollywood movies. Cameron chats with artists, authors, actors, astronauts, directors, illustrators, journalists, professors, scientists, writers, even a musician who somehow got involved with this documentary miniseries. Talk about your in-depth conversations!

While there’s a thin line separating science fact from science fiction, these six episodes crossed over into other genres besides sci fi, with topics including: alien life, space exploration, monsters, dark futures, intelligent machines and time travel. Horror gets briefly explored along the way, but it’s clearly not a primary topic. A sense of dread and helplessness, along with fear of the unknown is weaved throughout the episodes, so is the hope of a better future.

Some of the most noteworthy discussions happen when actors, directors and writers of certain films are reunited to discuss them, including associated filmmakers of Back to the Future, Independence Day, Interstellar, Looper, the Terminator franchise and Bill and Ted’s Excellent Adventure. But the biggest, most in-depth discussions include visits with Steven Spielberg (“Look, I stay away from sharks… but I don’t want to stay away from UFOs, and yet I’ve never, ever had the experience.”), George Lucas (“This is all I have to do now, and I don’t get to do it very often.”), Guillermo Del Toro and Christopher Nolan.

“Intelligent Machines” and “Time Travel” were my favorite episodes, exploring artificial intelligence, cyborgs, dystopian futures, time paradoxes, time loops and an exploration of free will. The best discussion, however, included a Cameron chat with Arnold Schwarzenegger and Robert Patrick. And with the filmmaker finally returning to the Terminator franchise which he originally created, here’s to hoping for more scary Skynet nightmares.

Communication is discussed via Arrival (along with its source material by Ted Chiang), and the loss that may come with making contact to an alien species. That really intrigued me.

I enjoyed watching James Cameron’s Story of Science Fiction and really hope he can somehow find the time to film another season of great interviews with epic filmmakers. Maybe he could even branch out into other subgenres, possibly even including survival horror! And if Season 2 never happens, I’ll always have my old DVDs to rewatch for their supplemental extra goodness.