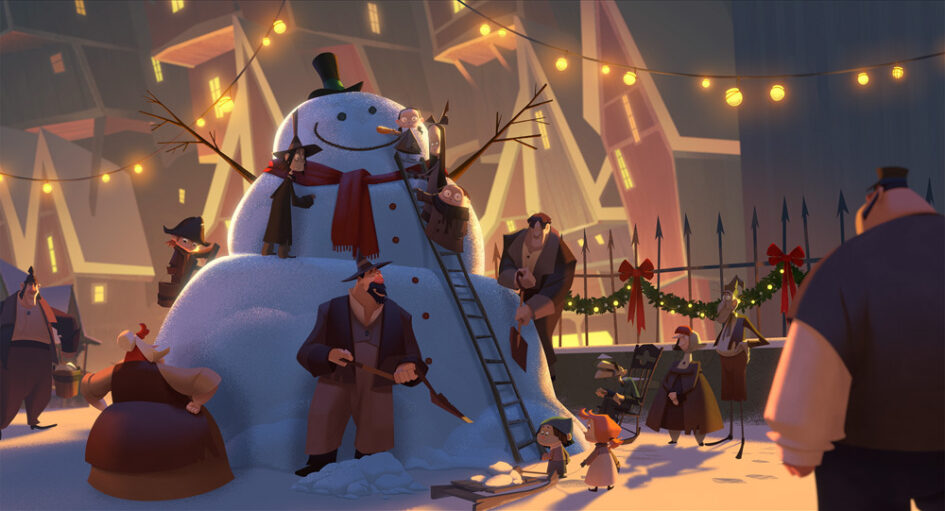 Per Matt
Klaus is a Christmas treat for fans of animated films.

Growing up in the ’80s, the animated cinematic world included Disney movies, Don Bluth movies and not much else. While I wasn’t a film snob in my earlier years, I enjoyed them all. These days, there’s so many more options available, but oftentimes — just like back in the day — the smaller animation studios get overlooked, regardless of their quality. There’s Pixar fanatics and Disney purists who prefer to stay in their own well-known lanes, but fans of both franchises would truly miss out on a terrific holiday experience by skipping Klaus.

Brought to life by the co-creator of Despicable Me, writer-director Sergio Pablos gets into the Christmas spirit by telling the tale of a would-be postman who reaches out to a loner toymaker/woodsman with a very large heart. By bringing toys to little girls and boys of the remote Arctic town of Smeerensburg, the two bond while uniting the two local warring clans and prove that selfless acts of kindness often spark others… even for people on the Naughty List.

In terms of the cast, it’s great to hear Jason Schwartzman as a voice actor. Having loved the actor in iconic roles of Rushmore, Scott Pilgrim vs. the World and The Grand Budapest Hotel, I was surprised (once again) with his range. Voicing the lead character, he brings sarcasm, pain, honesty and eventually the willingness to become the hero of the picture. Assisting him is the unrecognizably gruffy Oscar-winner J.K. Simmons, the excellent-as-always Rashida Jones and the sarcastic-but-always-funny Norm MacDonald — I wish he’d do more voice-acting roles.

Kaus begins as a pseudo horror story, as a scary, over-sized dude who carries a rather large ax is actually a misunderstood hero of sorts. By the end of the film, the theme boils down to people bringing goodwill to others, especially the less fortunate. The animation looks incredible, the acting is great and the story branches out from resentment and spite, leading into inclusion and the joy coming from helping others.

I’m not gonna lie: I got a little emotional while watching this one. Much like back in the day while watching animated films aimed at a younger audience, Klaus has plenty of themes that adults can appreciate, as well as kids. Much like those Don Bluth movies from the ’80s, both audiences can enjoy the story being told on the screen, and I’d say this one is a great pick-up for Netflix.

Perhaps Sergio Pablos is this generation’s Don Bluth: An independant filmmaker who creates powerful stories that just happen to be animated. Having previously enjoyed the Despicable Me franchise (as well as the Minions movie), I really look forward to seeing more from his creative cinematic vision.

Klaus is a great movie. It’s not just a holiday film. It’s good enough to evoke familiar feelings of previous movies that you have enjoyed throughout your life, regardless if they’re animated or not. I hope you give it a chance, because you’ll probably be as pleasantly surprised at how great the quality is, as I was.

Klaus deserves all the goodwill publicity it can gather, because it’s that great. I really hope it receives multiple cinematic awards and I’ll be pulling for it to receive major recognition for its writing, direction and best-picture status throughout the upcoming awards show marathon.