Legion and the History of Madness 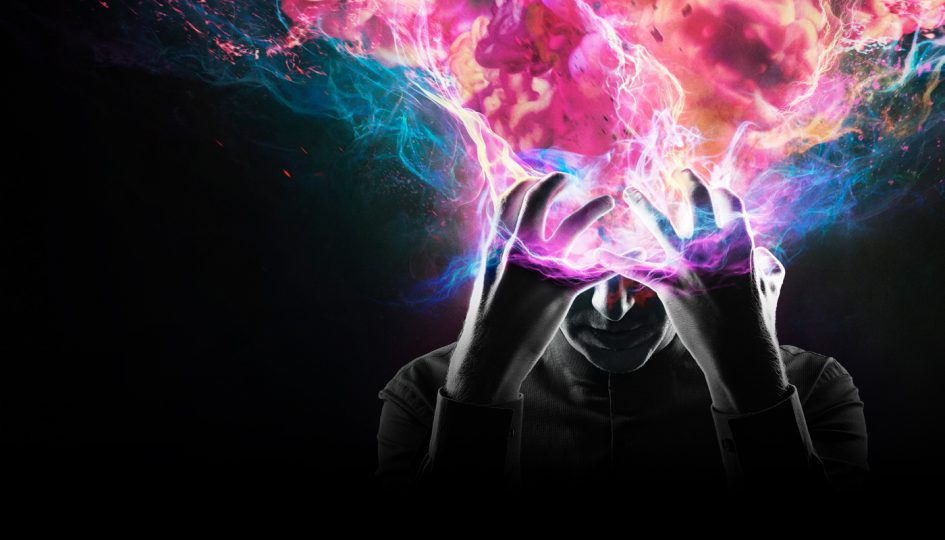 What then is this fascination which now operates through the images of madness?

Legion has been one of the only TV shows in a long time that I have actually watched as it was airing. I even downloaded the FX streaming app in order to watch it. I have to admit, the show doesn’t disappoint. Showrunner Noah Hawley has created a world that is fantastically original and beautifully weird. Dan Stevens as protagonist David Haller has finally gotten a role worthy of his talent, and he is supported by solid, quirky performances from Rachel Keller and Aubrey Plaza. Aside from expressing just how good and original the show really is, I want to explore some of the philosophical attitudes the show has toward perception and mental illness.

It would be terribly easy, and maybe even lazy to latch onto the Shadow King in philosophical terms. Philosophically, he’s a Cartesian wet dream. The famous Descartes quote, “I think, therefore I am”, stems from a hypothetical question Descartes dreams up in his philosophy. In this case, David Haller has an actual demon manipulating his senses and perception. And so the question David asks again and again in the show is this: How can he know what he’s seeing is real? Since Noah Hawley has constructed the show largely from David’s perspective, the viewer is forced to ask the same question after every episode. How much of what we’re seeing is “real?” Is David insane, possessed, a superhero or all of the above?

This all leads both David and the viewer down a rabbit hole of self analyzation in the asylum, in the mutant compound and in David’s mind. David’s own progression in the show reminds me greatly of the philosophy of Michel Foucault. He was a modern French philosopher who concerned himself mainly with the history of power structures and their influence on the individual. His first masterpiece, “Madness and Civilization,” is an exploration of the history of madness and insanity. In particular, he notes the progression of how society treats madness. In ancient and medieval times, those touched by God were seen as somewhat divine, as having access to a kind of knowledge and wisdom that was perhaps out of the reach of reason. But, at some point we began to perceive madness, or unreason as Foucault often calls it, as somehow unnatural.

And this is another problem that constantly confronts David, the viewer and his enemies. What is to be done with a person as powerful and as unstable as David? At the beginning of the show, his family and society’s solution, as Foucault would likely note, is to put him out of the way and to treat him. The government’s solution, as I’m sure Foucault would note as well, is to hold him in a cell somewhere for his and the world’s safety. What do the mutants, Shadow King included, want to do with him? To use him, of course. Only his love interest, Syd, seems uninterested in managing him in any way, which is an interesting tell of what the show is trying to communicate. Legion impresses upon the view greatly, but subtly, how power structures try to manage and control vulnerable or dangerous individuals. This is right in line with history and subtext behind the X-Men and its mutants, who have always presented themselves as problems to be managed in one way or another, resisting the places offered to them by society. Legion is incredibly thoughtful in this regard, and I hope Season 2 is just as impressive.

Henceforth, and through the mediation of madness, it is the world that becomes culpable (for the first time in the Western world) in relation to the work of art; it is now arraigned by the work of art, obliged to order itself by its language, compelled by it to ask of recognition, of reparation, to the task of restoring reason from that unreason and to that unreason.