Per Matt
Nashville’s about to get really funky for Halloween! Lightning 100 presents the Paranormal Rocktivity Halloween Bash on Saturday, October 28 at Marathon Music Works. The Concert will feature Here Come the Mummies and DJ Johny Jackson’s Ghoul Satisfaction.

But before the concert begins, there will be plenty of holiday-themed activities taking place. The 2017 Nashville Zombie Walk gets rejuvenated this year, as hundreds of undead creatures, walkers and Zombie Hunters will travel the 1.5 mile route that culminates at Marathon Village. Attendees are asked to contribute canned goods to Second Harvest Food Bank of Middle Tennessee, which will be accepting donations on the premesis. There will be a Zombie Walk After Party taking place that will feature spooky tunes, food trucks, a photo booth and discounted drinks for attendees of the Walk. The After Party will also serve as the Paranormal Rocktivity pre party.

Lightning 100 Coordinator Brian Waters will be overseeing the concert and the food drive. He was kind enough to answer a few questions about the upcoming show and preview the undead extravaganza.

– How did Lightning 100 get involved with the Nashville Zombie Walk?
“Our good friend Lucas Leverett brought up bringing back the Zombie Walk. Lightning 100 was happy to help out with this fundraiser and provide a place for the after party.”

– Did you previously attend the past walks? Will you be walking this year’s event in costume?
“This will actually be my first Walk! I’m going as a Zombie crossing guard this year.”

– What are you looking forward to the most out of all the events that are planned?
“I’m hoping Here Come the Mummies will make an appearance during the walk. Figures crossed.”

– What can fans expect at the Zombie Walk’s after party?
“Look forward to some spooky tunes, photo booth, drink specials and a haunting atmosphere at Marathon Music Works. We will change over the room at 6:30 pm to Paranormal Rocktivity. William Colliers will also be open, as well!”

– HCTM is the perfect band performing on Halloween. How would you describe them to a first-time concert attendee?
“Funk from Beyond the Grave! HCTM are some of the best session players in town. The band only forms for special occasions. They are a band unlike any other!”

– Mummies and Zombies seem to be similar undead creatures. In a fairly equal fight, which do you think would win?
“Typically, Zombies come in packs, but mummies are solo fighters. I think in a one-on-one match up, the mummy would win. The undead doesn’t typically fight fair, though… I’m guessing the Zombie horde would win. It’s kind of like if you would rather fight 100 duck-sized horses or one horse-sized duck.”

– What’s your favorite Zombie movie or program?
“28 Days Later is one of my favorites, but nothing will ever top Resident Evil 2 on PlayStation.”

– If the Zombie Apocalypse began tomorrow in Nashville, where would you go for safety?
“I built a bunker under Dino’s a few years back.”

– Do you have a bug-out bag? If so, what do you have packed in it?
“Water Purifier, solar-powered flashlight, mult-tool, first-aid kit, FM radio… FM radio to listen to Lightning 100!”

– What kind of Halloween traditions do you enjoy?
“I always try to have the best house on the block. The secret is buying for next year when the decorations go 50 percent off!”

– Is there anything else you’d like to add?
“Brrrraaaaainnns!” 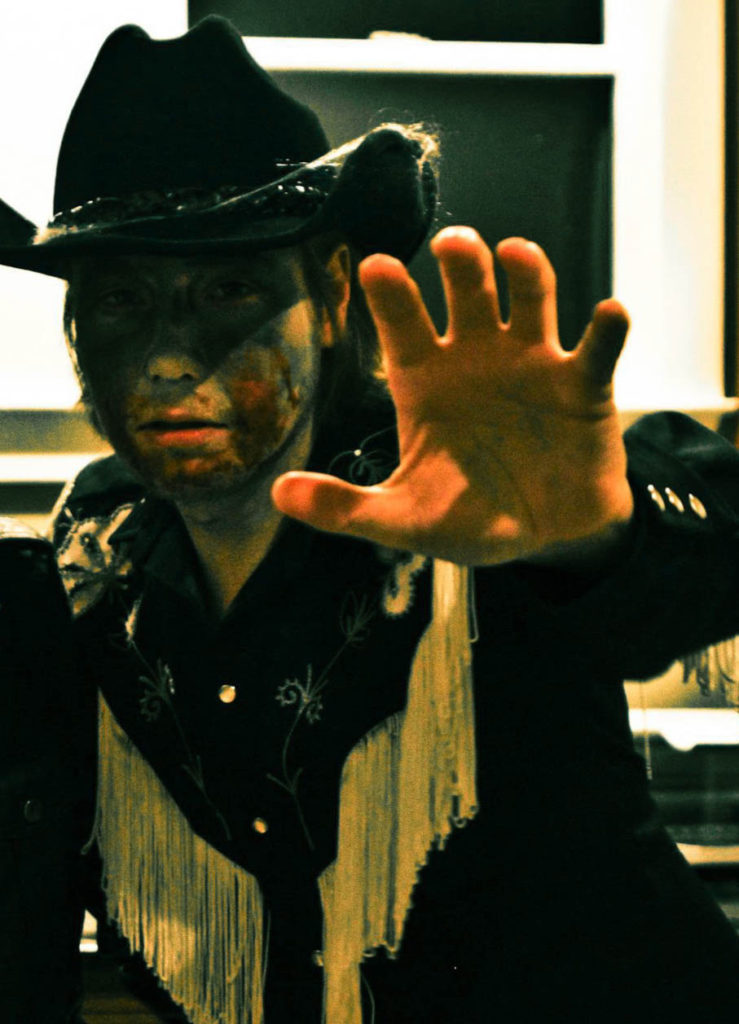