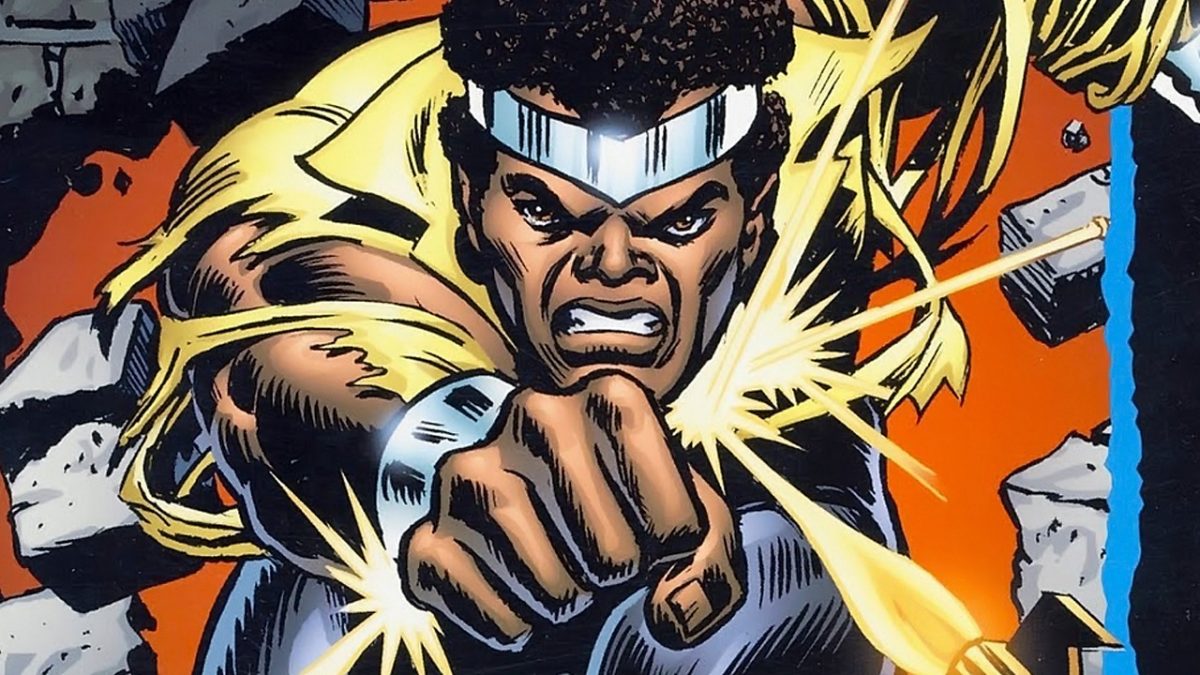 Luke Cage stars in his own series on Netflix, but it’s worth exploring the character’s comic book history as a preview of where the TV show may be going.

Debuting in Marvel’s Luke Cage: Hero for Hire #1 in June of 1972, at the height of the blaxploitation film genre, Luke Cage did not start out as a hero, he wasn’t even Luke Cage. His real name is Carl Lucas, born and raised in Harlem, New York. Growing up, he was a gang member who committed minor crimes alongside his friend, Willis Stryker. As he grew up, he saw how the risks and dangers of a criminal life would affect not only himself, but his family, so he gave it up.

Lucas maintained his friendship with Stryker. Meanwhile, Stryker continued to rise in the criminal hierarchy, to the point where Stryker, himself, became a target. Stryker is saved from a mob hit by Lucas. The hit caused Stryker’s girlfriend, Reva Connors, to break off their relationship, and she ran to Lucas for solace. Upon hearing this, Stryker became enraged and framed Lucas for drug possession, sending Lucas to prison.

While incarcerated, Lucas is the target of a racist prison guard and struggled with confinement, knowing he is an innocent man. He became a test subject to recreate the super soldier serum that empowered Captain America years ago. During the experiment, the racist prison guard, blaming Lucas for a demotion, manipulated the experimental controls in an attempt to kill him. In the mighty Marvel fashion, the experiment went out of control, but empowered Lucas with superhuman strength and invulnerability, making him one of the most indestructible characters in the Marvel Universe. 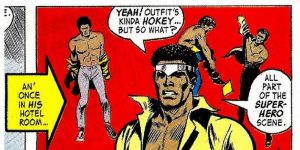 Using his powers to escape prison to New York, Lucas renamed himself Luke Cage. He gets the idea to use his powers to earn a living and becomes a hero for hire, donning the ’70s yellow shirt with accompanying headband and wristbands as Power Man. The large chainlink belt completes the dated supersuit ensemble. He has since dropped the costume, choosing to wear more relaxed street or athletic clothing.

Throughout the years, Cage has developed two incredibly close relationships: One with his best friend, Iron Fist, and the other with his wife, Jessica Jones. Iron Fist, a mystical martial arts master, joined Cage more in an attempt to increase sales of their respective comic book titles and to prevent cancellation. The unlikely duo of a street-level hero and a billionaire mystic fighter worked for years. The two are nearly synonymous in the comic world as a team. I expect theirs will be a fast friendship, when Iron Fist is introduced into the Marvel Cinematic Universe proper.

Cage’s most important relationship is with Jessica Jones. They worked together, teaming up from time to time. A drunken tryst ends up with Jessica pregnant and the two become closer, moving in together. They raise the child as a family and eventually marry. The Cage and Jones relationship is one of the more realistic in terms of how it developed, in the Marvel Comic Universe. It is also one of the strongest. Their daughter, Danielle, is named after Cage’s best friend, Danny Rand, AKA Iron Fist. 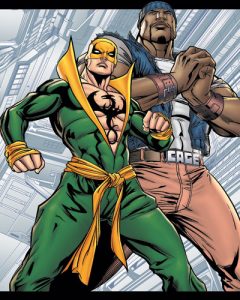 Cage’s role in the Marvel Comic Universe has increased greatly over the last decade, becoming a major player during Marvel’s Civil War, siding with Captain America against super power registration as a concerned father and husband. His moral compass helped steer the team of renegade heroes, eventually resulting in him leading a faction of the Avengers, and later leading the Thunderbolts. I expect Cage and the rest of Netflix’s Defenders to play a minor, yet significant, role on the street level, during the Infinity War films, based on their importance during the comic universe Civil War.

Luke Cage has transformed from a street gang member, to a hero for hire, to a prominent team leader in the Marvel Comic Universe. And as his popularity grows due to the Netflix series, so will his profile in the comic universe. I look forward to seeing how influential a role Cage will play in the grand design of Marvel’s Cinematic Universe.