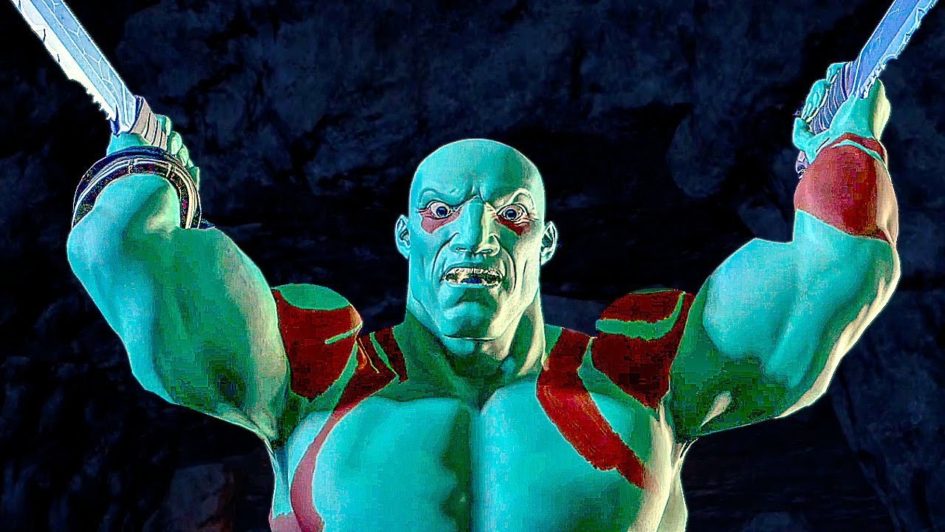 The awkward and frustrating journey of playing the Telltale Guardians of the Galaxy episodic game series has made fluctuations between ham-handed action sequences and overly complicated puzzle elements all along. This latest episode, Who Needs You, makes another sudden swerve — this time to character development and drama. After the tough choice presented in the previous installment — to keep or destroy the Infinity Forge — our heroes spend a majority of plot time on deeper dives into their interpersonal stories.

We get another mom-flashback, lots of Peter-on-damage-control among his friends and crew, and some truly entertaining choices (such as choosing which end of a giant space worm to fly their ship out of). What stands out the most is the heightened tension among the team in general, and the way the bulk of the episode seems to dwell in that.

A notable positive development in this episode is the soundtrack and the use of humor. The gags seem to be much more genuine and well-written, and work better at this stage, now that we’re deeper into the bizarre hybrid of movie/comic that prevails as a setting for this game series. The tunes are feeling less forced, and a lot more applicable to the story at hand. (Players even have to choose whether to jettison the prized Quill tape deck to save weight in the ship, so the music element is put on the line in a real way, inside the story.)

An additional flashback, designed most likely to add weight to the choices the player will undertake, is concerning Drax and his daughter. This links into a pivotal choice late in the episode, to help Drax make a self-sacrificial attack to save the team or not. Statistics show that a majority of players choose to help him do this, but it is likely that not many people believe a character’s death to be permanent in this resurrection-focused adventure.

Regardless of the choices made by the player, the story ends at a point of division among the team, marked by Mantis having a big meltdown over the conflict among the heroes. In a major way, she’s the voice of the audience/player in her observations. In fact, given the melodrama, it is a cathartic embrace of our real-world thoughts.

Depending on the player’s decision regarding Drax, the story concludes with differing fallout and splits among the characters, and the final scene takes place in a bar with the resulting pair (and baby worm) witnessing a new report teasing the major offensive by the story’s villain, Hala, and setting up the big showdown for Episode 5.

Fans who mourn the loss of Drax can take comfort in his heavy presence in the teaser for the final episode, Don’t Stop Believin’, coming soon.