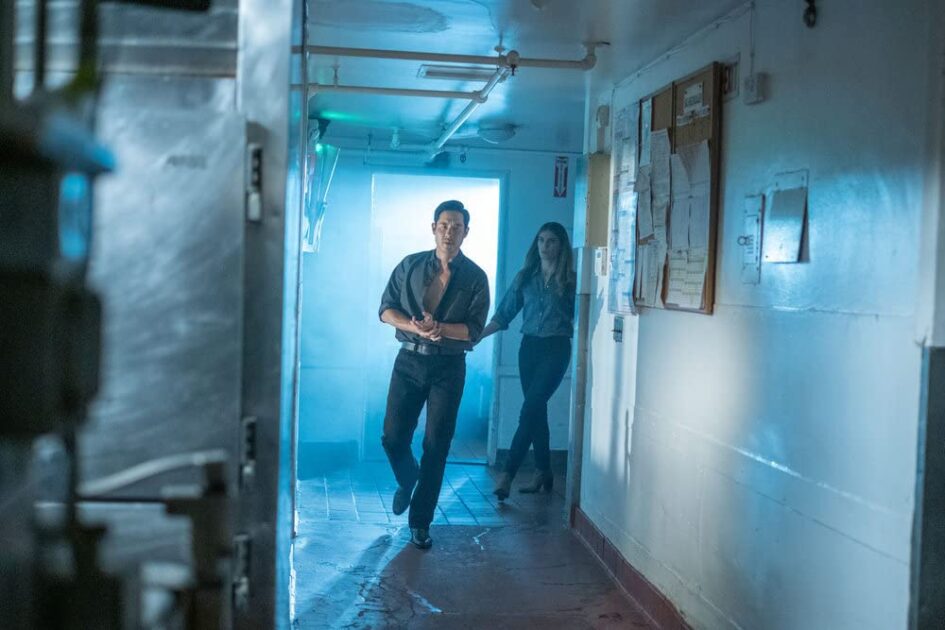 Per Matt
Quantum Leap has finally returned, but this time without Dr. Samuel Beckett. Oh… boy.

Almost 30 years later comes this “revival series,” but it’s basically a remake since Scott Bakula won’t be participating in the festivities. That is definitely unfortunate, as the actor was the heart and soul of the cult-classic series. Even worse: The original program never received an official conclusion, and fans have been yearning for the character’s happily ever after for far too long.

Leaping into the future of the show (aka present day), Project Quantum Leap has been shuttered and the goal of bringing Beckett home has been abandoned until a recent discovery by Dr. Ben Song (played by Raymond Lee). Participating in a “top-secret time travel project” with a group of scientists working for the military, Song learns there’s an unusual window for testing a new theory, but it’s closing quickly.

Uploading a new code then entering the system in hopes of overturning Beckett’s odds, he supposedly has a good reason to do it, although he doesn’t warn his coworkers or loved ones. He simply enters the chamber… and disappears.

If It Ain’t Broke: The new show builds from its roots. Song’s got Swiss-cheese memories in the series premiere, “July 13th, 1985.” There’s a hologram to assist his journey, but this time it’s a female (Caitlin Bassett) who was supposed to be the leaper. Together, along with Ziggy the supercomputer, the team attempts to put right what once went wrong.

What’s New, Pussycat: Besides an all-new cast and crew, original series creator Donald P. Bellisario is listed as an executive producer, but the show is truly in the hands of a new generation of filmmakers. That could work out in the long run, once they move past the ghosts of previous seasons. Developing technology can help that process. Ernie Hudson’s presence can help that once he receives more screen time. But the writing has got to improve. The pilot’s “stickup crew” storyline simply served as a McGuffin, with the most important information being tagged onto the episode’s coda.

While there’s no classic “leap” sound or hologram sound effects, the setup is an intriguing proposition for new characters, but they have to live up to the legacy of the originals, which isn’t fair to anyone (including longtime fans of the original series). As an anthology series, I need to know more from the current mythology. What’s changed? What’s stayed the same since Sam’s disappearance? The law of entanglement has been introduced, but I’m not hooked, yet.

I love Beckett’s design flaw from the original project, which is briefly addressed here. I do need to know more from the updated code that was entered. Another original element that I hope gets addressed are the Evil Leapers. Could these former characters from the first show actually be from the revived timeline? Can the current filmmakers warp the quantum spacetime of both Quantum Leap programs to please both new and old fans alike? It’s possible, but incredibly tricky.

Just as I really, REALLY wanted The X-Files to return for more modern-day adventures (wrongly it seems, from the results provided), I’ve always wanted a proper conclusion to the premature finale of the OG Leap. Even though Bakula denied returning to this revival, I truly hope he’s invited for a three-episode guest arc to finally go home, while continuing Lee’s adventures.

And speaking of honoring legacy characters, Al Calavicci receives a nice continuation in the present day. It seems Al’s daughter may be involved with Song’s ongoing storyline. It’s just too bad the actor, Dean Stockwell, couldn’t make any appearances here, as he passed away last year. The final frame is dedicated to Stockwell, which was a really cool.

As a Child of the ’80s, I’ll definitely keep this show on my radar, but it could have been so much more with Bakula’s involvement. Hopefully, he’ll make a few cameos!