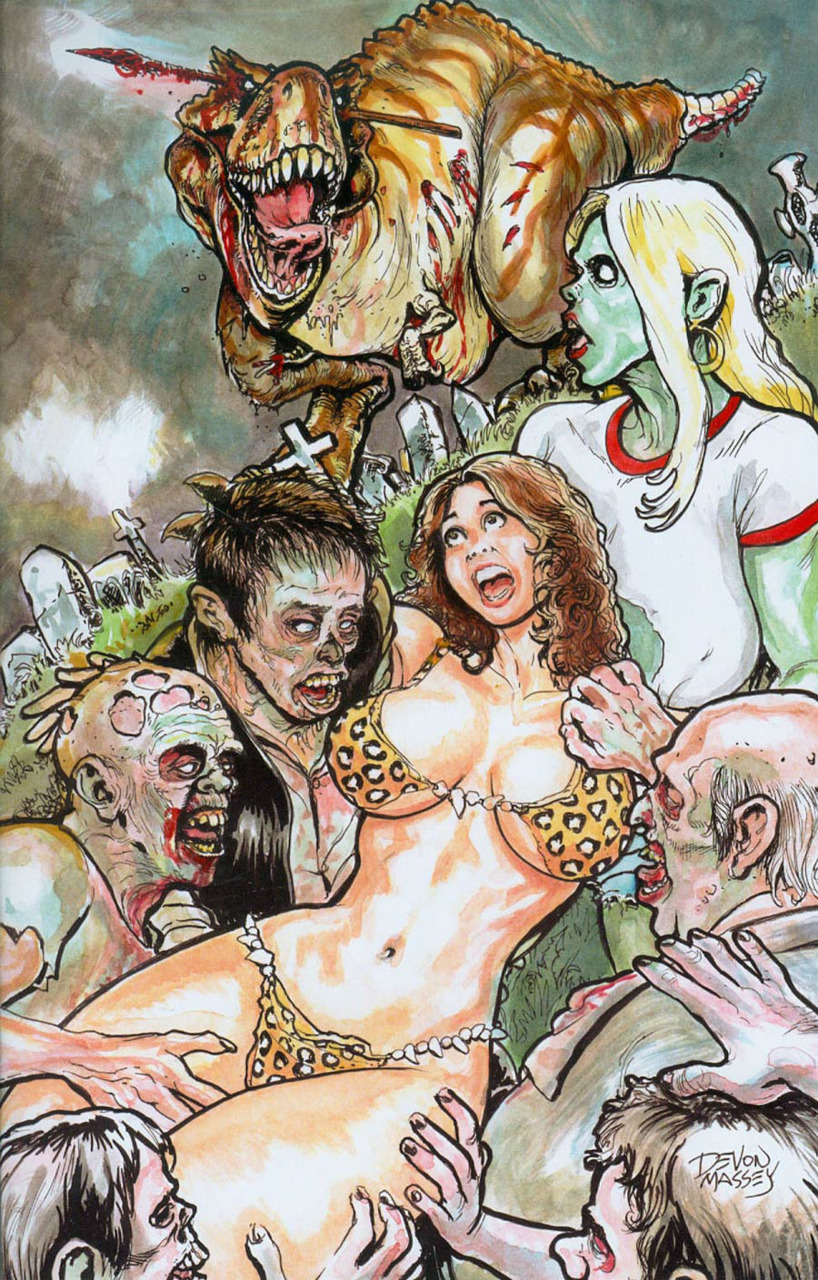 Riverdale meets Land of the Lost in the Cavewoman comics written and illustrated by Devon Massey.

The small town of Marshville was mysteriously transported back to the Cretaceous Period. The townsfolk set up electric fences around the town to keep the dinosaurs out that would make Jurassic Park proud. Meriem Cooper, the comic’s heroine and eponymous Cavewoman, plays your typical jungle girl.

Cavewoman comics was created by Budd Root, who has since semi-retired from regular writing and drawing duties. Devon Massey is one of the current content creators for the comic books.

The previous issue, Cavewoman: Destination Jungle, saw the titular hero roaming the jungle outside the town and dispatching dinos in bloody fashion. The special issue was fully illustrated, no dialogue, one panel per page, completely colored by artist Devon Massey. It was like a painting on each page.

The current issue is back to its regular format: Black-and-white illustrations; no computer help from this traditional artist. Back to dialogue and a story that moves along at a good clip. The title is called Cavewoman: Leave My Man Alone.

Meriem Cooper has returned to the town of Marshville after adventuring in the jungle for about a week or so. She’s looking to reunite with her boyfriend, Bruce, who looks like The Fonz from Happy Days. 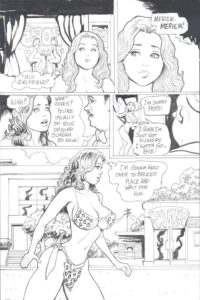 Meriem is not happy when she finds out that the other eligible girls in town have been trying to tear him away from her while she was gone. You don’t want to mess with a jungle girl who can tangle with a T. rex and live to tell the tale. Trouble ensues.

I was able to ask writer and artist Devon Massey if he drew inspiration for the small town of Marshville from Mayberry in The Andy Griffith Show or from Archie Comics. He let me know that he did draw some inspiration from those media, but also from his own experiences growing up.

“It was like Riverdale. It was more Mayberry than Mayberry!”

As someone who also spent some time growing up in a small town when he was young, I can clearly picture this kind of scene. Mr. Massey sure paints a vivid picture.

“I want Marshville to be like Riverdale — A little Utopia. I would much rather have a cool little town to tell stories in, than have the townsfolk dressed in rags and trying to find water. Also, I can tell all kinds of stories this way. There’s only so many times you can write about Meriem fighting a T. rex or raptors every month. Yechh! Let’s try something new.” 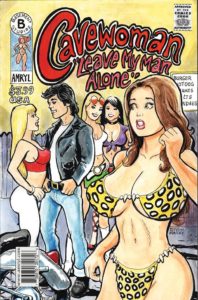 Having a small town to stage stories certainly separates Cavewoman comics from Shanna or Jungle Girl comics or TV shows like Land of the Lost (1974) or The Lost World (1999). I enjoy this unique series and can relate to the small-town atmosphere, if not the dinos.

I was able to ask Devon Massey some other questions in my interview, but if fans of this site want to pick up one of his stories in the meantime, I’d recommend Cavewoman: The Zombie Situation No. 1 and 2.

A meteor strikes the outskirts of town, near Marshville cemetery and, you guessed it, causes the dead to rise up and head toward town. It also raises some dead dinos. If you’ve never seen an undead T. rex with a spear sticking through its head, you may want to pick up those two issues.

They are also fully colored, have dialogue and are beautifully drawn… if not bloody… to behold.