Spider-Man: Homecoming — A Trailer With Roots 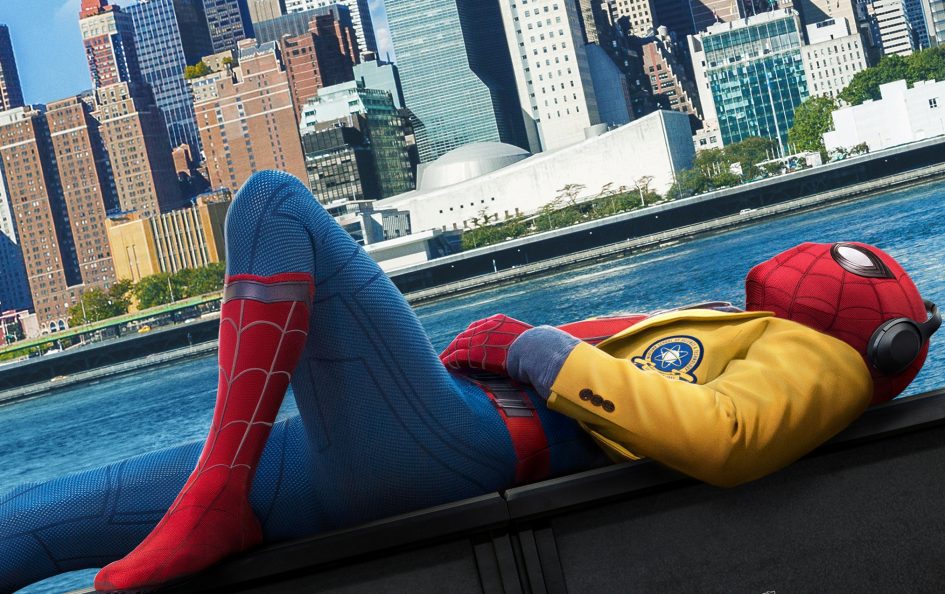 A young Peter Parker/Spider-Man (Tom Holland), who made his sensational debut in Captain America: Civil War, begins to navigate his newfound identity as the web-slinging superhero in Spider-Man: Homecoming.

Peter Parker is back to his comic book roots with a modern-day feel in this summer’s Spider-Man: Homecoming. The latest trailer simplifies and adds more complexities to the life of the Marvel Comics mainstay.

This is Sony Pictures’ first attempt at a feature film with Spider-Man after being fully integrated into the Marvel Cinematic Universe. Taking place after the events of Captain America: Civil War, Peter Parker fights crime in the modified Spider-Man suit given to him by Tony Stark. In this latest reboot, Sony has taken Parker back to his early days, back to teenage Peter Parker, a smart, young kid from Queens, New York trying to survive the academic and social obstacles of high school.

Tom Holland plays a great Peter Parker in the trailer, highlighting just how young the character is. It hints at the struggle Peter has as he transitions from a teenager into a man, but also as a budding, young costumed vigilante to Spider-Man. I really how like how they have modernized the teenage experience, as Peter’s friend calls him the “Spider-Man from Youtube.” We also see a brilliant Peter and his friend working on very advanced tech projects — as Peter’s brain makes him equal part hero to his spider super powers.

The trailer looks to take place shortly after the events of Captain America: Civil War, as Peter has the augmented Spider-Man costume given to him by Tony Stark. But the trailer almost bombards you with the idea that Spider-Man is in the Marvel Cinematic Universe, with both Iron Man and Captain America playing blatant cameos. There’s even a call back to the scene in Civil War where Spidey steals Captain America’s shield, the same scene in the Civil War trailer that introduced this film incarnation of Spider-Man to the public.

As a friend of mine said, “Spider-Man: Homecoming has Batman in it!” Well, former movie Batman, Michael Keaton, plays one of the mainstays of the Spider-Man rogues gallery: The Vulture. The trailer shows a modernized and far youthful version of the Vulture for the big screen. He looks far different from the comic book version. The comic book villain is elderly engineer Adrian Toomes, who was embezzled by his business partner. Using his special flying and strength suit, Toomes sets out for revenge on his partner, becoming The Vulture.

Keaton’s version seems grittier and darker than his comic book counterpart. His costume is far more advanced and dangerous, more Iron Man armor than old guy in green bird suit with feathers. And his motivation seems more relevant. He’s one of the masses rallying against the massive citywide damage and destruction caused by one-percenter Tony Stark and his elitist superhero battles. His seems a dark counter to Peter’s “friendly neighborhood Spider-Man.”

The trailer also teases, however briefly, another Spider-Man villain: The Shocker. Most likely working with the Vulture’s crew, the Shocker employs a pair of gauntlets that fire high frequency air blasts. A low-level villain, the character is usually a thief and extortionist, with minor capers foiled by Spider-Man. Here he seems to be another secondary villain Spidey will have to overcome to reach main bad guy, the Vulture.

Other secondary characters make an appearance, including Marisa Tomei reprising her Civil War debut as Aunt May Parker. I do hope there are more interactions between her and Stark. And we see a quick clip of Zendaya as “Michelle” — who may or may not be Mary Jane Watson. Sony has been close lipped about her role and how she relates any comic book characters. Perhaps she’s a new character introduced for the film universe.

With a number of superhero movies out this year, I am looking forward to Spider-Man: Homecoming, set for release July 7, 2017. This time, with the full blessing of the Marvel Cinematic Universe (and co-producer Kevin Feig), I feel Homecoming will bring the wallcrawler back to the film prominence he deserves.