Surviving the Zombie Apocalypse at the Nashville Zombie Walk

The living dead gathered for the Nashville Zombie Walk

It’s been a long road, but we finally made it. Saturday morning, while hate groups tried to spread their social poison through neighboring towns like Murfreesboro and Shelbyville, Nashville was busy repelling its first Zombie invasion in more than two years. But unlike those other marches taking place across the south, this devoted group of brain-eaters was causing mayhem and terror for a good cause, as they brought in donations for the Second Harvest Food Bank of Middle Tennessee ahead of the holiday season.

That’s not to say we didn’t have some issues, though. Freezing temperatures, last-minute route changes and heckling and intimidation online from some people who were upset over the event’s return all tried but failed to dampen spirits as we gathered around Marathon Music Works. 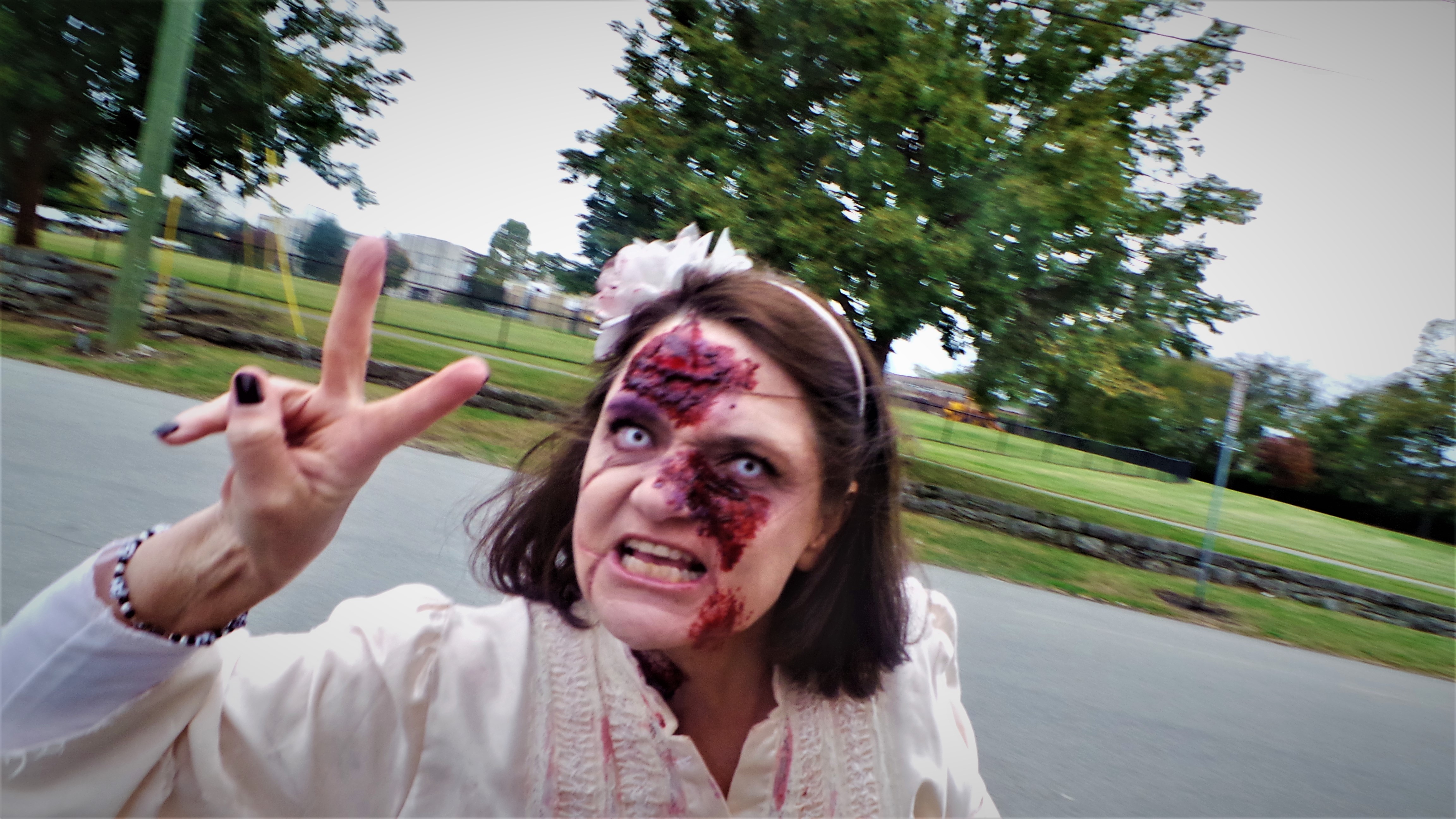 For those of you who’ve followed me since I took over this event last September, nothing has been easy about this. When I took over, I was a columnist without a clue. I’d never produced a large event and I had no idea what I was doing. The internet was full of general advice on how, but not anything more useful than a vague impression of what to do. Once Lucas came on board, things made a drastic turn. With his help, we were finally able to start building bridges with sponsors and public works officials who had been on the outside of the event since its implosion following the 2014 walk. Suddenly, we had funding, space and the freedom to try and make the Nashville Zombie Walk not only live again, but begin working on building it into something altogether more incredible than ever before.

The first thing people have to know is that this is not the same Nashville Zombie Walk they’ve known. After a lot of talk and planning, looking at the history of the event and some of the jaded and disgruntled fans left in the lurch during the two years of silence about the event, we wanted to do what makes most people in the horror community roll their eyes and groan. We wanted to make this a total reboot. Keeping the aspects of the event that we enjoyed, as well as the desire to provide a service to the community by donating to the Second Harvest. But, being Nashville, we needed to put the right touch to this and thanks to Lightning 100 being our major sponsor, we knew immediately what we wanted to do. This isn’t just a Zombie Walk anymore, this is an entire Zombie music festival. 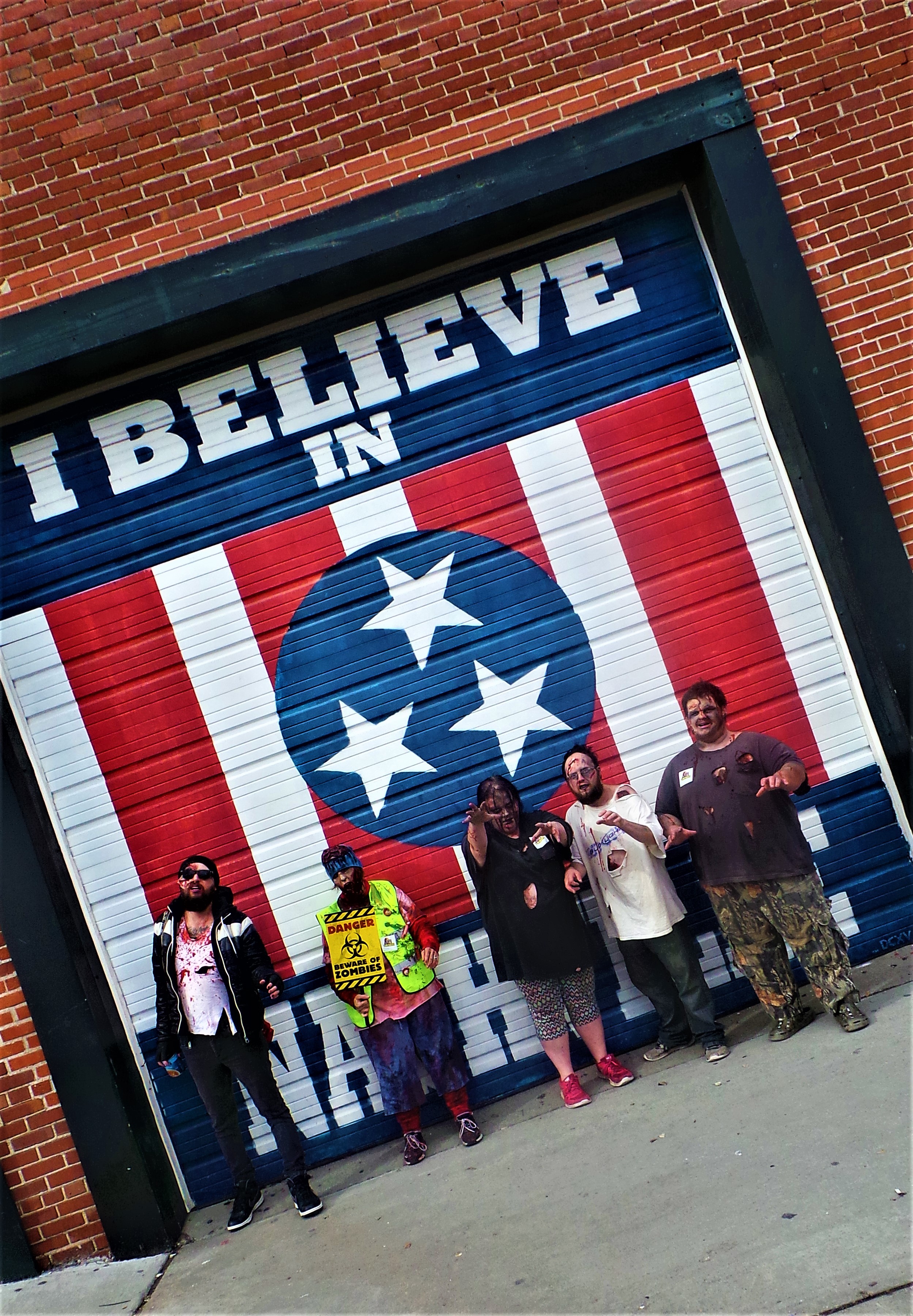 Zombies Believe in Nashville… and BRAINS!

The purpose behind the Walk has always been to provide some Halloween fun, while also providing charitable donations to an organization that’s going to be a blessing to a lot of local families in need. While Zombies draw a great crowd, one that gets bigger every year, when you add a music-festival atmosphere to that, you’re going to draw in a much larger crowd. Unfortunately, thanks in large part to the weather and some last-minute miscommunication between organizers and public works, the event’s coverage area shrank suddenly. Technical issues with audio equipment and space also hampered our ability to allow additional musical acts like Resistance House Band and the cast of Radical Arts’ Evil Dead: The Musical from giving the performances this year that they were hoping to give. Still, it was an amazing crowd, a fun atmosphere and a great collection for the Second Harvest Food Bank.

Miranda, Matt, and some volunteer cadavers collecting for the Second Harvest while completing registration.

It also proved to organizers, sponsors and city officials that the horror community in Nashville can come together and celebrate their passion, while making a positive difference in the community.

Already this morning, planning has begun with officials and sponsors for the 2018 Nashville Zombie Walk and Zombie Festival. For those of you who came out and supported the resurrection of this event, from the bottom of my heart, I truly want to thank you. You came out despite the last-minute changes and this garbage weather and helped us do something worthwhile in our community, while celebrating the season. Also, a special thanks to Rick Prince who provided some incredible “hero” Zombies to lead the lurch as the living dead took over Marathon Village. Be sure to check out the Nashville Zombie Walk online and keep looking through the year for updates as we get ready for the 2018 walk. 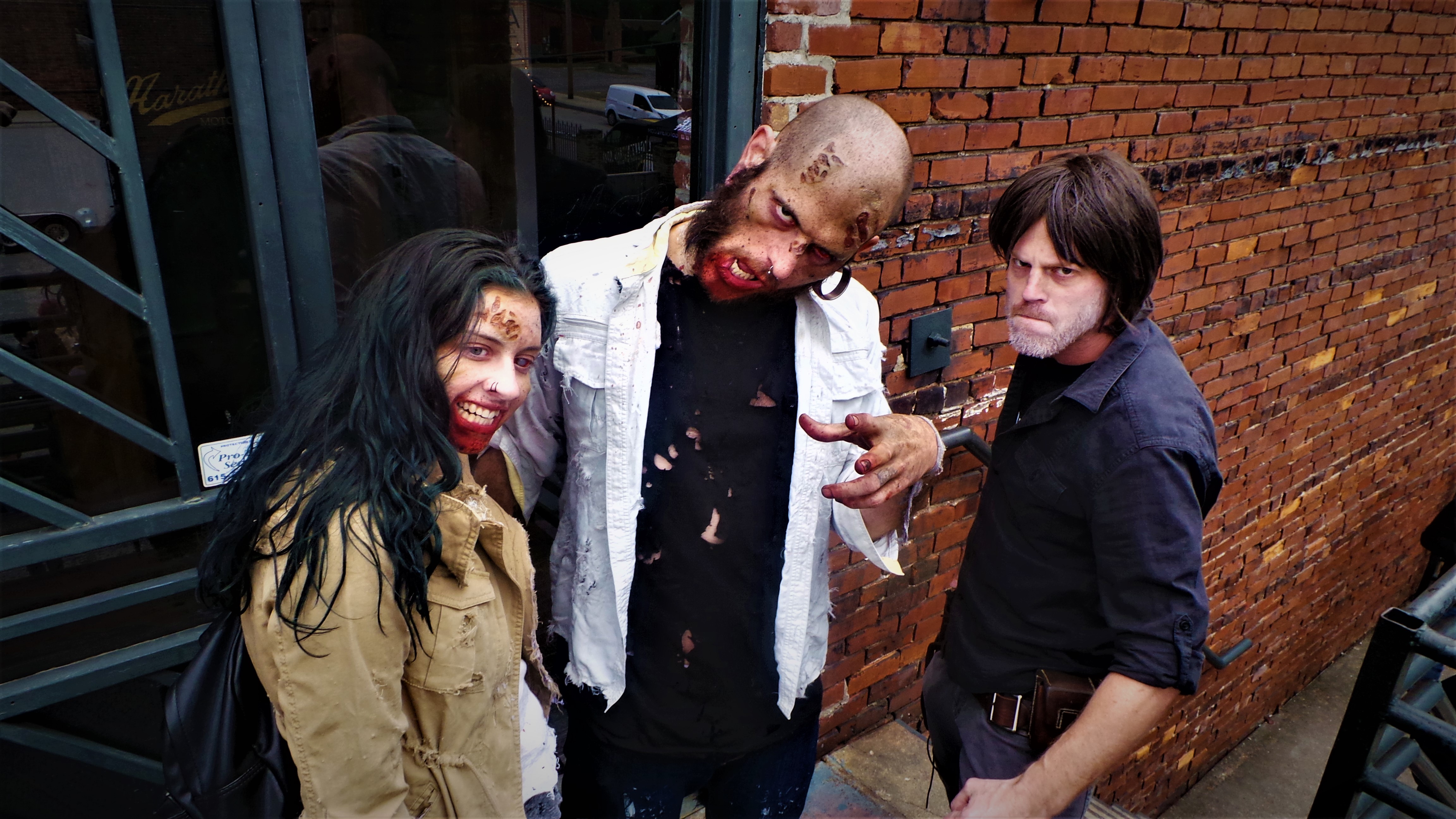