Sylvester Stallone is a True Superhero in Samaritan 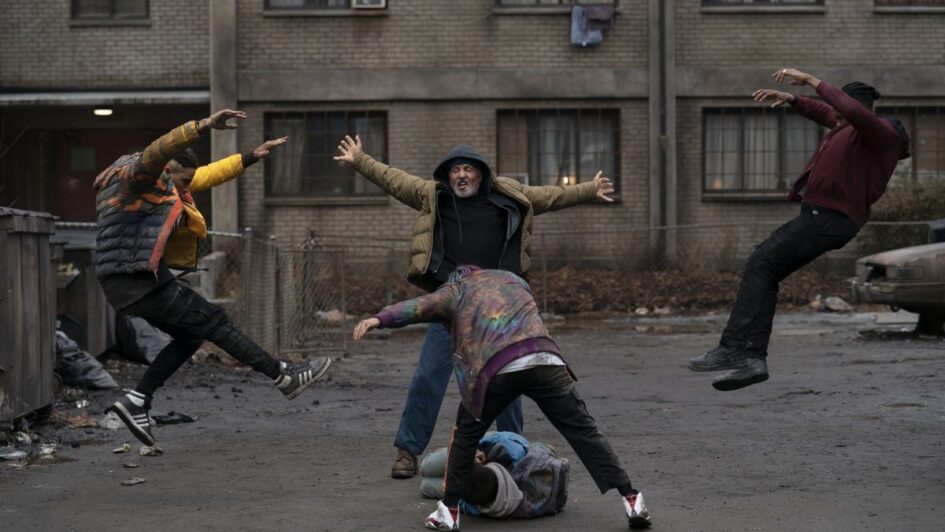 I have the power!

If you have followed this blog for any amount of time, you may see that I hardly ever review movies and shows by Amazon Studios. While I sit here thinking about what I have seen on the streaming service, I can only think of the first season of The Boys and The Tender Bar. Both were excellent, so why is it that I have shied away from watching more Amazon Prime exclusives?

After this realization, I took a quick peek at what was available. I love horror films, but I do have a passion for superhero films. And that is what led me to the new Sylvester Stallone flick, Samaritan. While I am not in the comic book business anymore, I did hear about the graphic novel from Mythos Comics, which the movie is based on. The buzz was small yet mighty, and evidently, Amazon Studios felt the same. How they got a legendary actor like Stallone to take the lead is beyond me, but we will focus on him a little bit later.

Samaritan opens with the story of two brothers who discover they have superpowers. After their parents’ tragic deaths, one chose the path of good (taking the name Samaritan), while the other went evil (taking the name Nemesis). Nemesis forged a hammer that harnessed his hatred and anger, making it the only weapon that could kill Samaritan. During a fiery battle at Granite City’s power plant, the brothers killed one another.

A boy named Sam (Javon Walton) is manipulated into working with a local gang to help support his mother. Their neighbor, Joe (Sylvester Stallone), works as a garbage collector, who takes a liking to Sam. After a robbery, Sam meets the leader of the gang, Cyrus (Pilou Asbæk), who also takes the kid under his wing.

One day, Sam is jumped by fellow gang members for making them look bad. Joe comes to his rescue, appearing to have powers like Samaritan. Caught between two different worlds, Sam has to decide if he will continue down the path of evil or follow in the footsteps of the hero he idolizes. 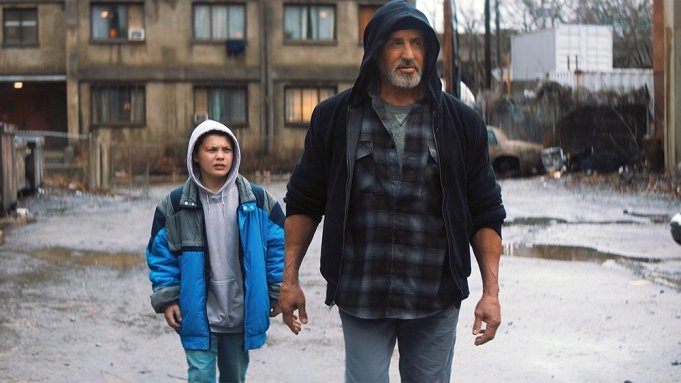 Amazon Studios did not fail in bringing the graphic novel to life. Samaritan has it all. Powerful heroes and villains? Check. A touching story of a kid needing a father figure in his life? Check. A plot twist that even I did not see coming? Massive check. Honestly, Amazon Studios has a great track record when it comes to superhero films. While not on the scale of Marvel Studios, Amazon is keeping pace.

Sylvester Stallone did not disappoint. I know in my previous review of the action movie, Bullet Proof, I lambasted Vinnie Jones for “phoning in” his performance. Stallone is on the entire opposite side of the spectrum (Hey, maybe Vinnie Jones could be his Nemesis in real life).

When he needs to be a warm, fatherly type, he pulled it off in a way that made me want to talk to my dad again. If the scene called for fighting, he quipped the usual superhero punchlines while taking care of business.

Joe’s portrayal is something between Rocky Balboa and Demolition Man. He’s caring and soft-spoken, but ready to kick some ass when the time is right. He is also haunted by his past and clearly shows his anguish. Joe sees something in Sam, wanting to keep him from straying into a life of crime. It is truly an award-winning performance by the 76-year-old actor.

Samaritan truly gets five out of five stars. This film, alone, has made me ask myself, “Why don’t I check out more from Amazon Studios?” It is the perfect mix of action and drama, with a sprinkling of superpowers. Stallone made this character real and was the perfect lead actor for this film. He may have found his calling when it comes to modern-day super-action movies. Hope there is more planned for the Samaritan franchise.