The Art of Miss Peregrine’s Home For Peculiar Children 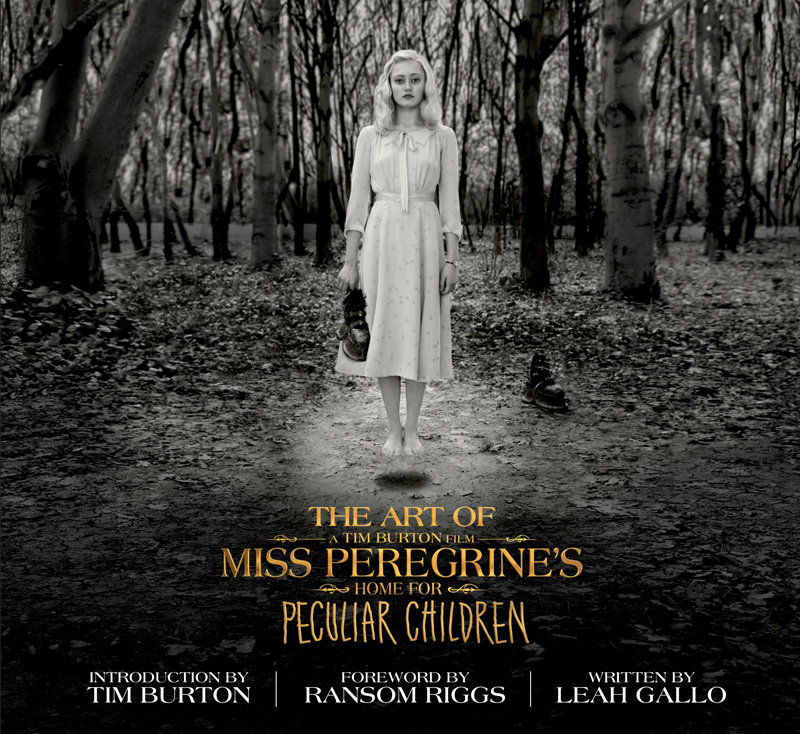 It’s hard to imagine that a story about unusual children with strange abilities, written as a scary fairy tale combining real-life creepy vintage photographs with a fictional story wasn’t tailor-made for Tim Burton, but sometimes reality is stranger than fiction. Expertly written by Ransom Riggs as a best-selling novel, Miss Peregrine’s Home for Peculiar Children will soon be released on the big screen by Tim Burton Productions on September 30th. Accompanying the movie’s release is this book, which serves as a companion piece to the upcoming film, as well as the best-selling book.

The Art of Miss Peregrine’s Home For Peculiar Children, published by Quirk Books, previews the movie, displays early concept production art, gives behind-the-scenes peeks, as well as casting, locations, sets, costume, hair and makeup information. Filling out 192 pages, this book is a dream come true for fans of the book series, as well as the soon-to-be-released feature film!

The original book has been affectionately nicknamed “Miss P” by its fans, which features a story following teenager Jacob Portman and his journey to uncover the truth about his family, while also discovering a remote island where misfit children with strange abilities are hidden away from the everyday world. These eccentric oddities — known as Peculiars — are in danger and Jacob might be the only person who can save their lives.

Five years of work by Tim Burton and his crew has finally paid off, as detailed in this intriguing book. Slickly produced and featuring incredible high-definition photos and images, this art book details the agonizing story-to-screen processes they endured and gives many personal thoughts by the filmmakers. It’s a great read for those who have already experienced the books, full of many in-depth details about the story (and the film), but it may contain too many spoilers for those new to the series, hoping to be surprised at the movie theater.

The biggest highlight, in reading the Miss P trilogy, is the collection of actual photos, found by Riggs, himself. He notes that the pictures he found — displaying characters within the book — would often change the story he was writing.

“The pictures Ransom chose really had the right balance of mystery, poetry and creepiness,” notes Burton. “I found them compelling — much like old horror films. And like all peculiar things, it’s not simple to categorize.”

Burton says the original book wasn’t expressly written as a Young Adult story, but one that could be enjoyable for children and adults, alike, which is the same approach for his movie. Adapted to the big screen by Jane Goldman (X-Men: First Class, Kick-Ass and The Woman in Black), fans of the original book might be surprised by what they see, as a few characters have been rewritten, along with the entire third act of story, which is all new. We’ll do our best to withhold any criticism of the story’s changes made expressly for the big screen (most notably the books’ shadowy, ever-present Hollowgast antagonists compressed into one evil character: Samuel L. Jackson’s Barron) until watching the movie, but as much as we love the overall story, some alterations were inevitable.

Seeing pictures of the grand European sets — which is a category Burton always excels at — is a highlight of the book. Even the fictional setting of Sun City Center, FL (filmed in Tampa and St. Petersburg) showcases a fantastic setting. Also, the actors chosen to appear in this movie look to be solid selections, especially Eva Green (portraying Miss Peregrine), Kim Dickens (Fear the Walking Dead), who plays Jacob’s mother, Terence Stamp (Jacob’s Grandfather) and Dame Judi Dench (Miss Avocet)! Many of the actors cast as the misfits with strange and wonderful powers were originally unknowns, but we’ve got a hunch Burton knows how to get the best from them.

Miss Peregrine’s Home For Peculiar Children looks to be an exceptional movie and the art book based upon it is one of the best we’ve ever read. As fans of the original book and its sequel, Hollow City, we’re really looking forward to seeing this movie. And word on the street is the film feels more like Burton’s Beetlejuice than anything else, which is an added incentive to check it out. Now we’ve got to hurry up and read the third Miss P book. As a companion piece, Art adds the nightmare fuel to our ever-growing interest of seeing Rigg’s incredible imagination come to life.