The Defenders are Coming 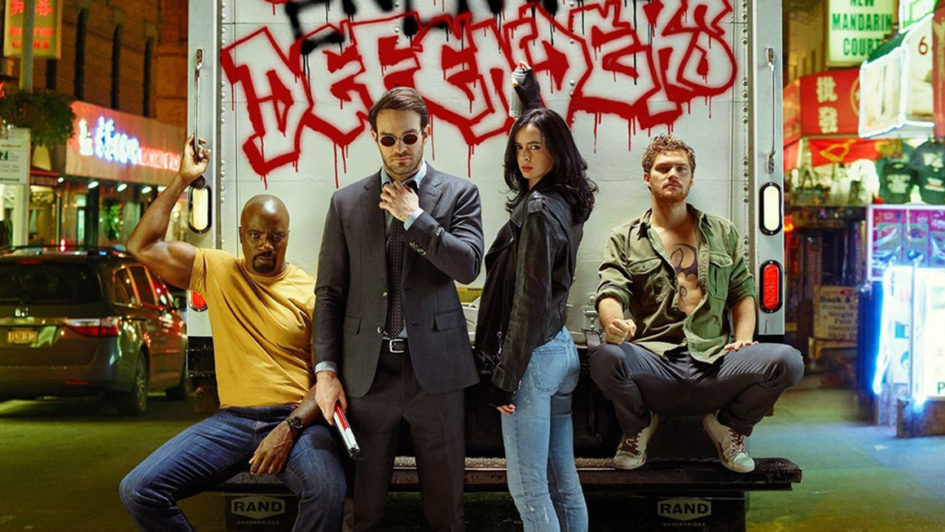 If you were a part of the audience who contributed to the $145 million for the opening weekend of Guardians of the Galaxy Vol. 2, then there is a good chance you saw the trailer for Netflix’s The Defenders. The fifth super group originating from Marvel Comics (after The Avengers, Guardians of the Galaxy, The X-Men and The Fantastic Four) got a big-screen nod for its August 18th stream-date, accompanied by Nirvana’s Come As You Are to add to the show’s tonality. The series has been in development since before each standalone hero’s show was released.

In the comics, the team’s original lineup included Doctor Strange, the Hulk and Namor the Sub-Mariner. The only member out of the Netflix series’ heroes to make The Defenders roster in the comics was Luke Cage in the mid ’90s, as part of The Secret Defenders. The MCU certainly takes a lot of liberties when it comes to how they translate their characters from page to screen, especially since characters tend to cross over into each other’s storylines.

The Netflix series of The Defenders gives off an air of nitty-gritty fighters who engage in hand-to-hand combat, using their street smarts and tenacity to thwart their foes. This is a stark contrast to other Marvel super groups who use combinations of highly evolved superpowers and technological advances to wage epic battles with similarly skilled villains. Of course, Matt Murdock has his heightened senses, Jessica Jones can fly, Luke Cage has impenetrable skin and Danny Rand can concentrate his chi through his fist to deal concentrated blows and heal others. They are a team of super heroes on a smaller scale than the rest of their counterparts.

Last we saw our heroes, they were neck deep in their own struggles. Jessica Jones left off killing the vile and sociopathic Kilgrave and kindled a bit of romance with Luke Cage who, in his series, dealt with ridding Harlem of the crime bosses Diamondback and Cottonmouth. Iron Fist foiled Harold Meachum, but got swept off of his feet by love interest Colleen, who revealed that she was in a faction of The Hand, which didn’t deter him from taking her with him to his Tibetan training ground, K’un-Lun, which fell off of the face of the Earth by the time they arrived. Last we saw of Daredevil, had lost his one-time love, Elektra, to The Hand, who entombed her in a coffin before he was able to fight them off with the help of Frank Castle.

With our heroes converging, it is clear that the majority of their action will be in fighting against The Hand. The nefarious ninja organization has some key players in the mix, too, with Madame Gao and the soon-to-be resurrected Elektra. The conflicts of interest between Matt and Danny having to struggle with their significant others being entrenched in the dealings of their archenemies will construct some good drama for the series, I’m sure. Everyone’s individual worlds look poised to collide with one another in the streets of Manhattan. Matt’s mentor, Stick, will undoubtedly have a role leading his division of fighters, The Chaste, in defeating the mythical Black Sky. It was discovered by Matt that a young boy was this entity being used by The Hand as the ultimate weapon before Stick killed him off. Now it is strongly hinted that Elektra may be the new incarnate of that weapon, which means Daredevil may quarrel with his former mentor, if he intends to kill her.

While the story of The Defenders draws in the heroes and villains from their respective series, other minor characters will collude, as well. We know Claire Temple will be heavily involved as she is the only character to appear in each series. The out-of-work nurse will be good for stitching up the group and providing moral support. The roles of Hogarth and Trish from Jessica Jones could come into play as well, but nothing has alluded to that happening yet. We do know, however, that Misty Knight from the Luke Cage series will also be involved in the dealings of The Defenders, and it looks like it is going to start off with Jessica Jones interfering in one of her crime scenes. The trailer shows Matt halting an interrogation of Jones by Knight, which provides the collusion for the first half of the team. Danny and Luke, on the other hand, are depicted brawling in an ally and discovering each other’s powers, which is brilliant, considering the two characters comprise the Heroes for Hire in the comics (which is the subtitle of Luke’s series).

The biggest question going into The Defenders is what to make of Sigourney Weaver’s villain, Alexandra. She, like most of the other villains in Marvel’s Netflix series, is a seemingly non-powered individual in an authoritative position. There is speculation that she will be leading an offshoot of The Hand in some way, just as Madame Gao does in Hell’s Kitchen. Some have ventured theories that she is a regendered form of Alexander Bont, the kingpin of crime, before Wilson Fisk’s reign started. It is a compelling theory, since the character is derived from the second volume of Daredevil’s run in the comics.

The Defenders series has a lot of hype built up around it, and come August, we will see if it can deliver on that hype. Seeing the characters go through their origins was a real treat, and soon we will see how they handle each other as a team. Maybe they will be able to take down The Hand once and for all before they return to their single-storied franchises. The dynamic they could achieve working with one another should mean a more rewarding experience for fans’ long-running anticipation.