The Zombies Among Us 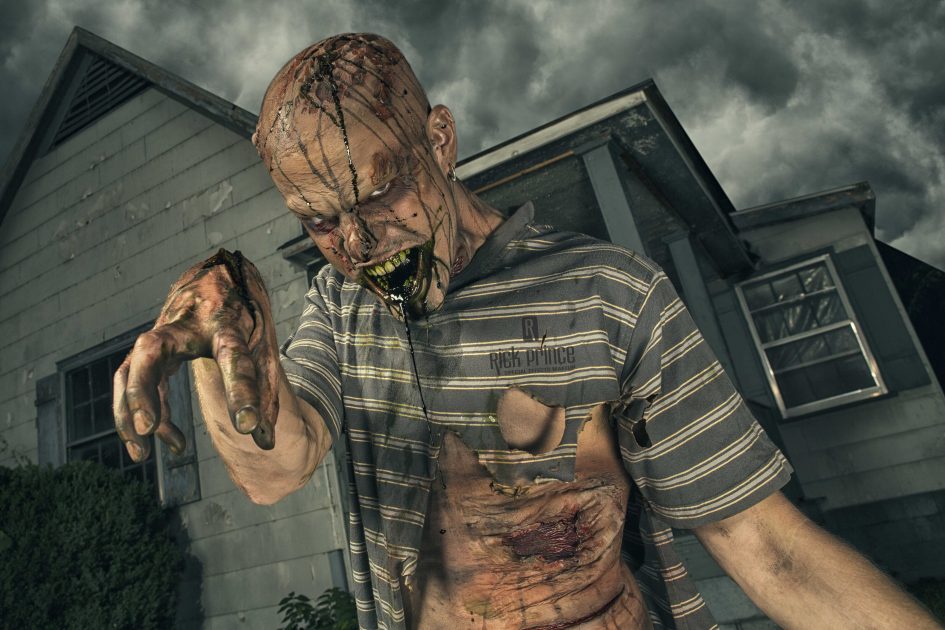 What does that mean to you? Does the concept of the dead returning still scare you, or have you become desensitized? Are Zombies now in the same category you might find the Creature From the Black Lagoon, Dracula and the Wolfman? Zombies are everywhere!

Perhaps that affects our perception and feelings about Zombies. Their permeation into our culture and day-to-day lives has spread like the infection of the Zombies, themselves. I’ve been watching the past 30 years of Zombie activity, from my first teen year until writing this article.

Have we reached our limit and tolerance for Zombies as the ratings of The Walking Dead wax and wane? 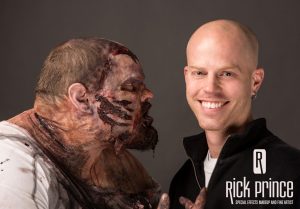 As a professional special makeup effects artist and filmmaker, I get asked about Zombies a lot. I’ve also been a Zombie more than a few times. Zombies are a constant. There is always someone with a script featuring Zombies, a convention that features them, and some sort of Zombie prom/walk/marathon that needs to have the dead to make an appearance. Zombies are everywhere.

So, do they scare you? I know they used to scare me, but I feel we’ve lost a bit of the threat, along the way. I remember the claustrophobic-type fear I had watching George Romero’s Night of the Living Dead in black and white, as well as the loss of Ben (Spoiler alert from October 1968). I empathized with “Bub” in Day of the Dead, and as much as he deserved it…  I joined in with Captain Rhodes as the Zombies devoured his hateful guts — “Choke on ‘em!”

The Walking Dead, while becoming the No. 1 show and sinking its hooks into me with great characters like Dale Horvath and a a scary look at a world full of walkers, rotters, biters, and any word other than Zombie, has seemingly walked away from some of the best parts of what made it great in the first place. 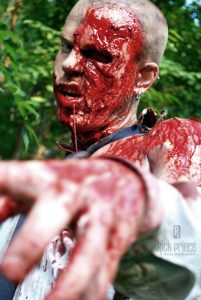 To me, it is the threat, being real… Zombies being dangerous. When little kids are just able to poke one in the head with a pocket knife… there is no threat, no danger. Wait! Before you grab your comics and jump to defend the “people are the real monsters” narrative (I have my comics, too), I understand. I get it. But what about the other monsters, the bitey ones? I mean, I would not like to run into a Negan with Lucille, but I’d feel a lot better about my odds with the bat guy than the my odds against a Zombie that wants to eat me. Think about it. I could close quarters on Negan and render the bat moot. Doing that with a Zombie? No. Why? Dangerous. People are always dangerous, more so when they want to eat you and they are dead.

As a fan of TWD and Zombies in general, I’d love to see less torture, domination, and people-on-people crime… and more real Zombie threats.

Zombies have been a part of my life and business for decades.

I’m comfortable saying that in my 40s, because Zombieland Rule No. 1 — Cardio. Stay fit kids, It will keep you alive in the Zombie Apocalypse. 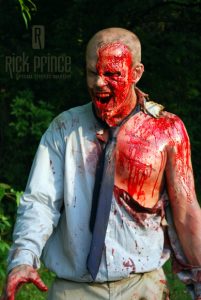