WandaVision Is Here, But How Does It Fit Into the MCU? 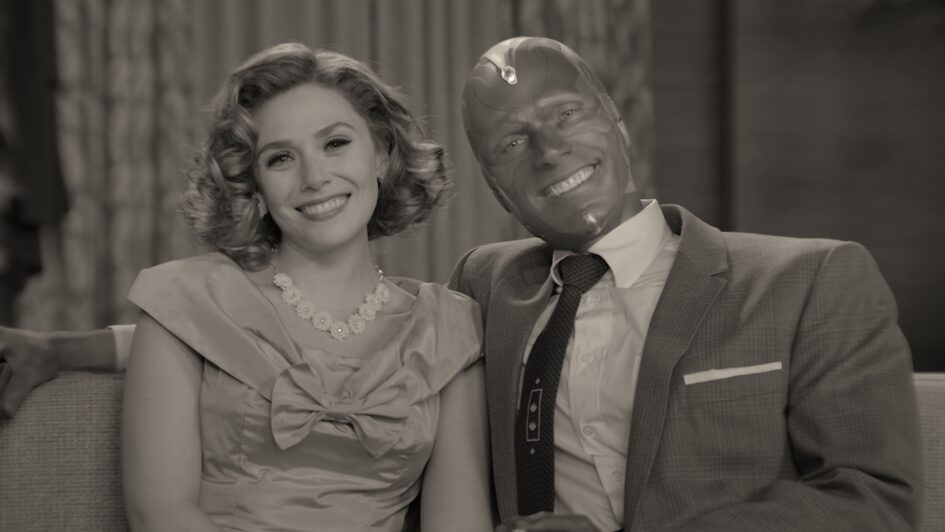 On January 15th, 2021, Disney+ released the next installment of the official Marvel Cinematic Universe (MCU) with the television series WandaVision. Due to the COVID-19 pandemic, WandaVision actually kicks off Phase 4. Elizabeth Olsen and Paul Bettany return to their roles of Wanda Maximoff (Scarlett Witch) and Vision from the Avengers film series, along with others such as Kat Dennings as Darcy Lewis from Thor and Randall Park’s Jimmy Woo from Ant-Man.

Details on the show have been few. The first advertisement for the show aired during the Super Bowl in early 2020. This teaser showed a slight hint of what WandaVision would become. What was different about WandaVision was how the snippets flipped from ’50s black and white to ’70s Technicolor television sitcoms. My mind began to race trying to understand how any of that would fit in the MCU. How would it work for Wanda and Vision to be living in what appears to be a television show-based world? Making sense of WandaVision proved impossible. I couldn’t make sense of the senseless. 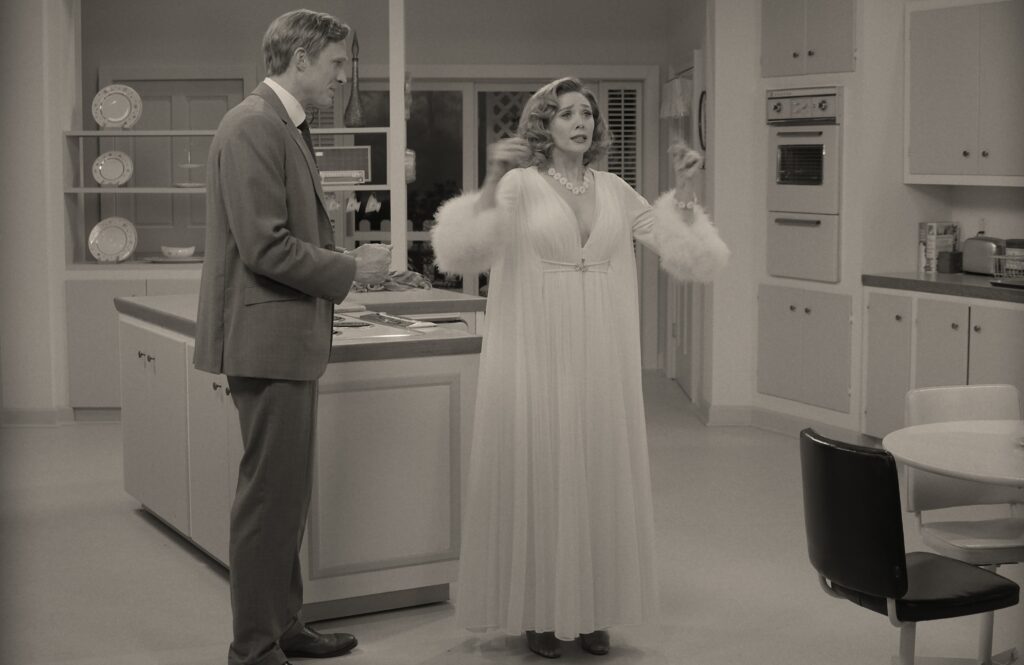 Flash forward to December of 2020, when we got another trailer for WandaVision. This one could only be described as trippy. It showed Wanda and Vision living again in the idealistic world portrayed in many classic sitcoms. Their house looked simple, yet homely. They had odd, quirky neighbors, as seen in shows like I Love Lucy, Father Knows Best and Bewitched. A “studio audience” laugh track played over some of the lame jokes. But then, the trailer showed glitches. It was almost like the Matrix was breaking down in ways, as the world around Wanda would start appearing and disappearing.

Military personnel were shown invading the neighborhood and Wanda looked visibly upset at what was happening around her. In one piece of dialogue, Wanda and Vision say they are going to defend what is theirs, before a montage of fighting took place. And while these weird visuals played out, a warped version of “Daydream Believer” from The Monkees played overtop.

It was from this trailer I started seeing where the story was going. In 2005, Marvel Comics ran a storyline entitled “House of M.” In this adventure, Scarlet Witch is losing her sanity after the deaths of her perceived children (which were not real children, but constructs of another entity). Her father, Magento, and Professor X tend to her on Genosha, while groups like the X-Men and Avengers debate on how best to handle her. Some want to kill her, while others hope to find another way. When they confront her, everyone is sent to another world in a blinding flash of light.

In this new reality, each member of the team is living their greatest dream. For example, Captain Marvel is the most beloved superhero and Spider-Man is famous and has married his girlfriend, Gwen Stacy. It looks like everything is perfect, but none of them remember how they got to this point, until Wolverine’s healing factor starts revealing his past. He uncovers that in this world, mutants outnumber normal humans, and the House of M (comprised of Magneto, Quicksilver and Scarlet Witch, along with her two children, Billy and Tommy) rule over all.

Using his restored memories, Wolverine seeks others to find the cause of this version of reality. It is revealed that Quicksilver gave Wanda the idea to give everyone their true desires, making everyone happy. When Magneto learns of this, he uses his powers to beat Quicksilver to death with metal poles. Seeing her brother die, Wanda goes berserk again, bringing him back to life, and then uttering the words, “No more mutants.” In a blinding flash of white, the world reverts back to normal, but almost every mutant on Earth no longer has their powers.

“House of M” may not be an exact storyline that WandaVision will follow. The MCU has yet to establish that Wanda and her brother, Pietro, are the children of Magneto. This is probably due to the fact that the X-Men Universe has not been introduced yet. But the basics are there. The last we saw Vision was in Avengers: Infinity War, when Thanos ripped the Soul Stone from his head, killing him. As he and Wanda were in a very close relationship, Vision’s death may have rocked Wanda to the core. She truly has no one left. Her brother was killed in Avengers: Age of Ultron, and with no other support system in place, her depression could have led Wanda to creating her own idealistic world — one where she and Vision could live their lives in the peace and tranquility of classic television families.

While this idea does not factor in the military presence shown in the trailer, it does give us a possible storyline for WandaVision that has already been established in Marvel canon. Maybe the “world” Wanda creates is an actual town, and she entraps the residents there in this altered reality. The military may be trying to free the citizens, but unable to enter the town, due to her powers. If we think hard enough, we can make it work, ’cause that is what speculation truly is.

I cannot wait to start watching WandaVision. The episodes will be released every Friday through March 5th. While that only equates to nine episodes, I am sure these will be chockfull of preludes to other MCU Phase 4 films. COVID-19 may have delayed the start, but Phase 4 is finally here.

I, for one, cannot wait to dive into the weird world of WandaVision.