War of the Worlds: The Perfect Pandemic Binge 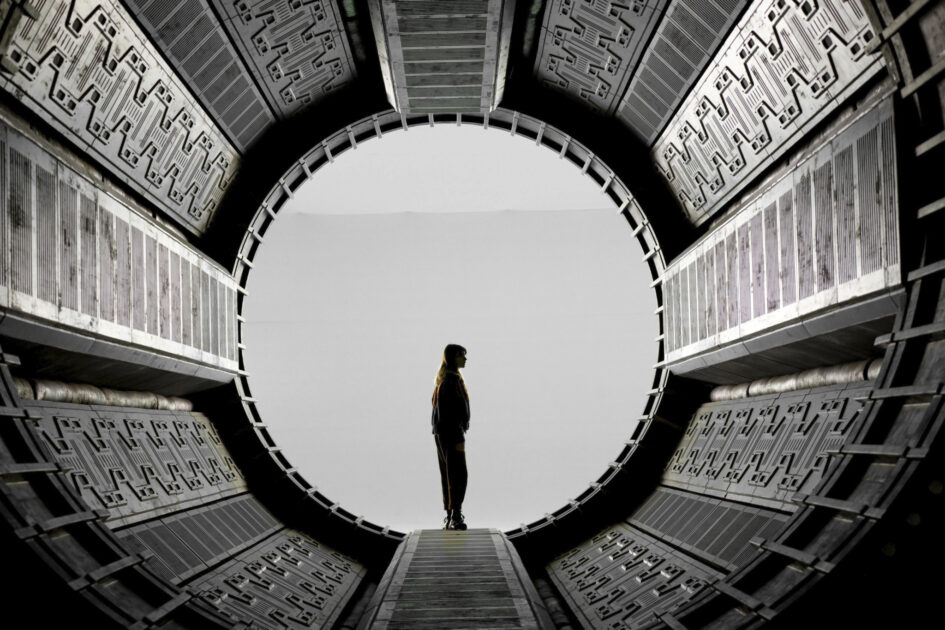 Looking forward to the future of War of the Worlds. Hopefully, there will be a Season 2. Photo Courtesy: EPIX.

Per Matt
With the spread of COVID-19, immediate changes went into full effect. People changed the way they shopped. Changed the places they traveled. Changed their commutes to work. Changed their forms of entertainment. Changed the way they breathed. Basically, their lives were totally changed… not always for the better, but these things were done for the greater goal of the survival for the human race. Fear of the unknown, self distancing, loneliness were experienced and what was once a booming economy was immediately stopped, dead in its tracks. All of this takes place while fighting an invisible evil, that seems to be everywhere, all the time. These are just a few of the similarities between 2020 life during the pandemic and the TV show, War of the Worlds, which makes this the perfect time to binge-watch the series.

As a loose adaptation of H.G. Wells’ 1898 sci-fi novel, this contemporary tale was collaboration between Urban Myth Films, CANAL+, Fox Networks Group (FNG) Europe & Africa and AGC Television. That means it’s not a U.S. production, but it’s literally a partnership with global filmmakers, which is to say the show has a different perspective than you might be expecting.

While there’s many empty streets, people hunkered-down in bunkers, the rationing of food items, all of the unknowns that contribute to pain and people putting future plans on hold until present-day situations improve, there’s also an implied hope as the characters develop. Season 1 does a good job of keeping the wraps on the opposition, as the writers realized that showing too much might make the bad guys more relatable (it would also have been a lot more expensive for the show’s budget). After watching eight episodes, this much is known:

After a tiny portion of the global population survived the extinction-level event by luck or by chance, eventually, they band together in small groups and begin to make progress. There’s powerful moments of learning and improvement, along with two kids with a weird connection. A previously blind teenager has regained her sight whenever around these creatures, and she could possibly be the only person on the planet to save her species, but…

These characters, as well as the viewers, really don’t know what to think about what’s happening with the storyline, as there’s plenty of confusion. And then there’s possible flash forwards that will most likely predict the future, like in LOST and Arrival. Overall, the main thing these characters and the viewers have in common is that we are ALL alone together.

There’s creepy sound effects and the CGI is definitely on point. But the characters are not the most likeable to be around at the end of the world. Some are good; many are bad, but I’m not a fan of the incest storyline or its affected characters. At all. I tried to just ignore them, but that was impossible. Then there’s the storyline where the aliens have kidnapped a bunch of tiny infants. The final shot reveals an alien on life support, sporting the exact same tattoo as the blind girl. What exactly is their connection and what are they doing with those babies? Even for a limited series, that’s a lot of questions that need to be answered within eight episodes or less. Will there be a Season 2?

I’ve got a feeling the show will return for a second season and hopefully that means there will be answers. Maybe there won’t be as much isolation. Maybe there won’t be another surprise attack. Or maybe another spaceship will show up, upping the terror factor, bringing in more of Wells’ original storyline into the series, not quite social distancing from humanity. That actually sounds like something I’ve got to see! Overall, I really just want more quality television. It’s a bonus to have one featuring extraterrestrial life.

In order to binge watch War of the Worlds, check out the EPIX NOW app for Apple and Android devices. It’s only $5.99/month, but users can get a free seven-day trial, so you can check out premium programming like the Batman prequel Pennyworth, the crime caper Get Shorty, the taut spy thriller Deep State, the excellent docuseries, PUNK, and the complex dark comedy, Perpetual Grace, LTD.