We Need to Do Something Should Have Done Something Different 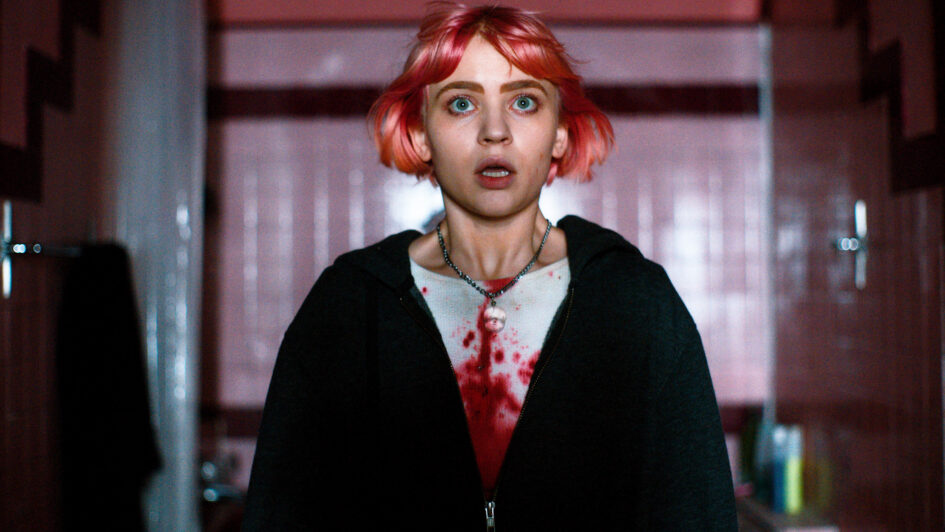 The horror genre has many different subgenres to choose from. It’s like Baskin Robbins: You have every flavor a scary movie fan could love. From slashers to psychological horrors, there truly is something for everyone. Like a lot of blood and guts in your films? Want the horror to be something less obvious, but even deadlier? Need a chainsaw-wielding maniac to give you entertainment? Horror has it all for you.

We Need to Do Something fits into a couple of these subgenres. In my research of this film, I was introduced to a new type called “single-location horror.” Honestly, I never even thought about this as being a type of horror film. But as I peeled back some layers of this genre, I started to agree that it truly is its own type of fear-inducing horror.

Basically, the idea behind single-location horror films is that it takes place within a small, single space. The character or characters are trapped somewhere with very limited options. The term “cabin fever” comes to mind when trying to explain how it works. And in a world still dealing with a pandemic, single-location horror is something many people deal with on a daily basis, here in the real world. Some great examples of single-location horror would be Misery, The Mist, Evil Dead, and my personal favorite, The Shining.

In We Need to Do Something, we meet Melissa (Sierra McCormick). Melissa, her dad Robert (Pat Healy), mother Diane (Vinessa Shaw) and brother Bobby (John James Cronin) take shelter in their bathroom from a tornado raging outside. Once the storm passes, the family discovers that the door leading out of the bathroom is blocked by a tree.

Finding themselves unable to budge the blockage, the family is left at the mercy of others to find them. As the hours turn into days, the family deals with common strife, but also deals with apparent supernatural forces at play. The combined pressures begin tearing at the very souls of each of them, leading to disastrous results. 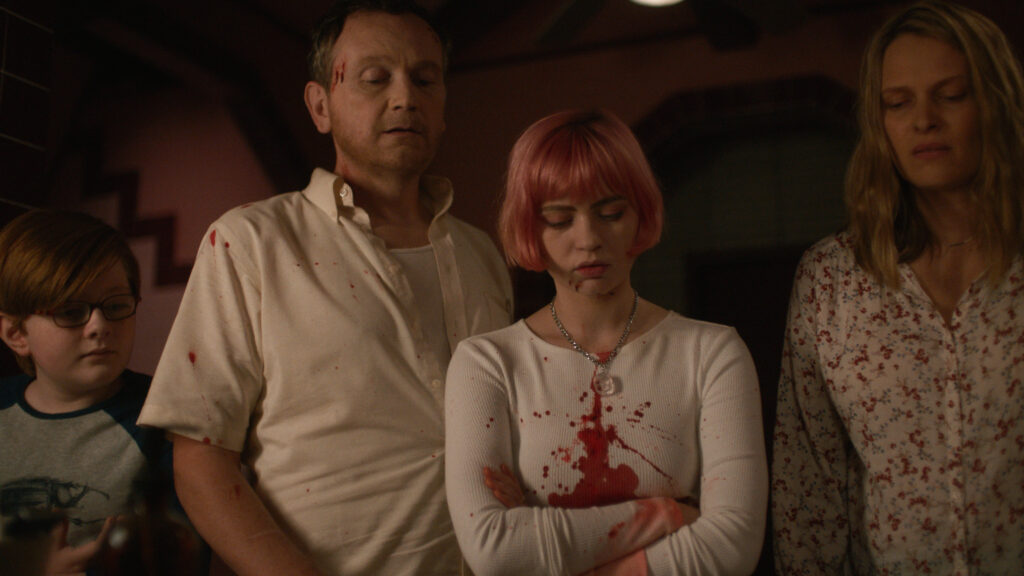 I can’t help but feel this movie would have been much better served by not dropping in the middle of the COVID pandemic. Many people are already faced with the real-world experience of being seemingly trapped inside with family members, and not being able to get away for long periods of time. I can take my own personal life experiences as an example of this.

Ever since moving back into my first home to take care of my mom, I feel stressed. I don’t really get out that much through the week, so it is just us. After 20-plus years of living on my own (or close to it), to suddenly have your privacy almost completely removed is upsetting, to say the least. We are not trapped in a single room, but “cabin fever” definitely settles in on a daily basis.

The film tries to play into a twist ending that honestly fell apart. Without going into spoilers, We Need to Do Something tries to explain away the supernatural issues affecting the family. And while I kinda understand where director Sean King O’Grady wanted to go, it never felt right. It was almost as if the movie stopped being psychological horror and went straight into something different.

There was not enough time to set up the climactic events of the final act. It just was dropped into the viewers’ laps and left for them to decide how and why we got here. Totally missed the mark I know O’Grady was trying to hit. It almost feels as if he had the right idea in mind, but had to cut out a lot of the build-up to fit within an unrealistic time constraint. All the ingredients were there to make the climax cake, but sadly not enough of them, nor the time to make something edible.

We Need to Do Something is a horror film that really should have done something different. It starts off with a great premise, but then trails off into oblivion. Even after a re-watch, I still felt the same about how it just did not bake long enough.

We Need to Do Something earned two out of five stars. It is not unwatchable, but dangerously close to it.