What Will Haunted Houses Look Like During the COVID Pandemic? 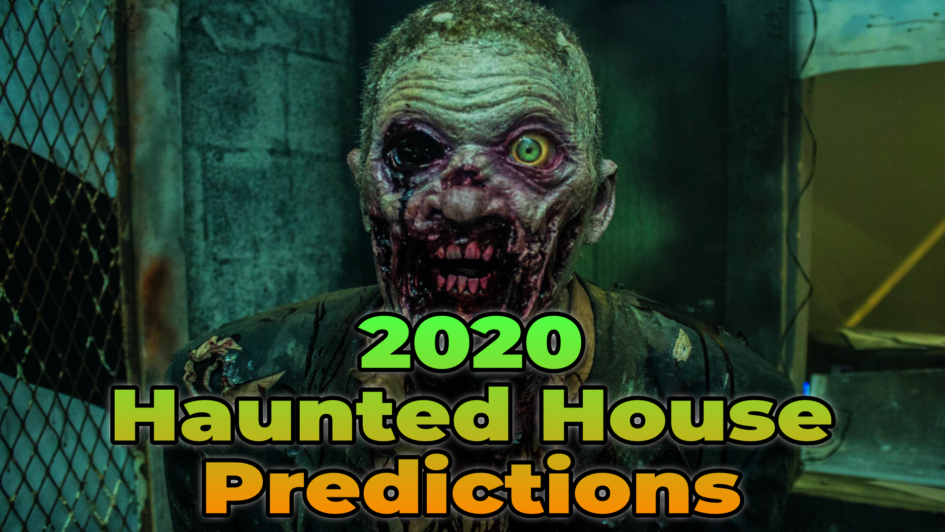 The Coronavirus pandemic has caused a lot of things that we take for granted, here in the USA, to change. Movie theaters have been closed for months. Hollywood is paused. Outdoor activities and gatherings have been cancelled. Even the simple act of going out for groceries or food has been interrupted and changed. Jobs have been lost. People are struggling just to survive day to day. The year 2020 has been a nightmare in its own right.

Slowly, things have started to recover. Yes, I know that there are spikes and the number of cases keep going up, prompting some to say we moved too fast to recover, while others say we haven’t gone fast enough. Federal, state and local governments and healthcare agencies have released guidelines that they state need to be followed to help decrease the number of active cases. However, the regulations are meant to decrease cases and do not take into account the economic effects that they will have on businesses. In my humble opinion, the guidelines and new regulations will be worse than the disease, itself, in the number of lives and businesses lost or substantially altered.

With it being mid-June, we begin entering the quarter of the year that typically is the busiest for haunted attractions: the final-build months. The time is when most of the final prep would be done. Vendors would be shipping out the products purchased by haunts during Transworld, back in March. Teams would be changing sets around and building new scenes. Makeup departments would be placing their orders for brushes, makeup, airbrush equipment and other accessories. Costuming would busy working on new designs and getting in the required materials for their ghoulish garments. But this has all been changed, with many haunts not even being allowed to work on these things right now.

All of this has led me to start thinking about what the haunted attraction business will look like in the year of COVID-19. Lucky for me and this article, I am not alone. One of the top haunts in the country, Fear Factory, recently held their “Halfway to Halloween” event, and they created a set of guidelines that they used to ensure everyone’s safety during their event. And the team there has been very gracious in sharing their contingency plan with the haunted attraction industry. The guidelines presented are very different that what we have been accustomed to when it comes to haunting. I will be using some of their guidelines in my article, but as I am not affiliated with any haunted attraction this year, I will be basing my thoughts solely as an outsider to the business.

Again, my opinions and thoughts expressed in the rest of this article are 100 percent my own and do not reflect any haunted attraction, their ownership, or any vendor for the industry.

Let’s start looking at things from the attraction’s point of view. The industry has haunts of all sizes. Some are just a single attraction, typically taking 15 to 20 minutes to walk through. And then there are the mega haunts, like my personal favorite, Nashville Nightmare. These mega haunts offer multiple haunted houses on property, escape rooms, photo-ops, carnival games and more. Until the pandemic, these super haunted houses had the advantage. They typically hired massive amounts of actors and staff, had the capital to purchase the newest, most impressive animatronics, and could offer tons of “value added” events and experiences, in addition to the the scares. Small haunts were left with smaller staff and having to make clever use of the materials they could get their hands on.

But this is 2020, the year of COVID. Mega haunts are going to be the ones who suffer through this year. Restrictions will be in place to limit the number of people allowed on property. Social distancing will mean that space that was used for the extra offerings will not be available this year, as that land will need to be used for enlarged queue lines and holding areas for groups. Actors will have to remain six feet away from customers, both outside and inside the haunt. An area that will allow for this will be extremely limited inside the attractions, staffing will have to be cut, with some experts in the haunted attraction industry stating cuts of up to 60 percent should be expected. Sanitation will become a major focus in the safety protocols. Portable toilets will have to cleaned before and after each use. Alcohol gel stations will have to be installed at the entrance to all attractions on property. Safety enforcement staff will have to be hired to ensure that all the CDC guidelines are enforced, including that customers have face masks, wear disposable gloves and do not loiter anywhere on property.

Concession, beverage and even retail sales will have to stop this year, as those things encourage people to stay at the haunt longer than needed. The new rule will be “get them in and get them out ASAP” when it comes to customers. Haunts will probably need to have a way to keep track of each customer who comes onto property, along with the times they are there, in case health agencies need to perform “contact tracing” during this time of year. All of this reduces the customer experience, leading to even more lost revenue. Most mega haunts will be fine, as they have the capital to take a financial hit. But I am afraid that some of the big names in the industry may take their final breaths in 2020.

In contrast, smaller haunts will not have as many problems with this season. Mega haunts are like whales in the ocean: they have to keep moving and need the large amounts of money they generate yearly to keep afloat. Any “downsizing,” for any reason, will be seen as stepping backwards and a regression. Small haunts will be able to capitalize on this. With guidelines calling for timed tickets and keeping numbers low onsite, these haunts will not have the requirements for extra space. As they typically only offer one haunted house per property with none of the other amenities listed for the large haunt parks, there will not be a perception of regression from the general public. Since they have smaller staff already, cuts will not be as large for acting staff. They will still have the issues with social distancing inside the house, but many already have their actors in hiding areas (called “boo holes”), where one actor can scare multiple groups, so some slight modification will be needed to be safe and inside guidelines. Small haunts will still have to follow guidelines, but the impact will not be as great as their giant cousins.

So, how will these changes affect customers? The general public will have to expect changes. The first will be how tickets are acquired. While many already use the Internet to purchase their tickets, from my experience, the majority of people coming to haunts do it as a “last minute” decision, thus buying their tickets on campus. Unfortunately, the new guidelines call for the use of only online purchases. Online purchases allow the haunt to gather important personal information, such as names, addresses and phone numbers of customers that could be used for contact tracing (personal information is something many people do not like to share with businesses). Also, tickets will more than likely be set for a specific time (timed ticketing). Much like theater tickets, you must arrive during the time purchased, and will forfeit the ability to arrive whenever you choose. another changes that will affect groups will be the limits in place for how many people can travel through the attractions together.

With the current guidelines pointing at groups being no larger than six people, big groups of friends will be separated. Groups may also only contain members of the same household, breaking up groups even smaller. The general public will be expected to comply with all health guidelines in place, including the requirements for masks, frequent use of hand sanitizer, the wearing of disposable gloves when on property and no loitering. An unbreakable rule of “one warning and then you leave” will be in place, and will apply to the whole group, so customers will be asked to self-police their friends to avoid removal from the attraction. And finally, the experience, itself, should be expected to be shorter, pushing the limits of cost vs. enjoyment, especially if admission prices do not change.

Again, this is just how I see the 2020 Halloween season going down from the point of view of haunters and hauntgoers. It’s going to be a time of change. The industry has had since March to prepare for this, but as the pandemic keeps changing, no one can really say exactly what the world will look like in September and October. Maybe this all will get easier, and regulations and requirements will be loosened up. But based on how I see things, here in June, people should expect that Halloween will not be even close to the same that it was for the past 50 years.

I hope I am wrong on many of these ideas. I want a great Halloween haunt season. I have many friends in the haunted attraction industry who depend on it for their livelihoods. Time will tell. Let’s come back here in November and do a “postmortem” on my opinions and see how it actually plays out.