Per Matt
It should surprise no one that the DC Extended Universe appears in need of some assistance. Ever since Christopher Reeve donned the blue-and-red tights in 1978 (rest in peace to the influential actor), big-screen success for the comic-book property has either relied on the Dark Knight Detective or the Man of Steel. Each remake mostly replaced the viewers of the already-established intellectual properties throughout the years.

Some new blood was definitely needed to bring in new audiences: Enter Zack Snyder. Whether it was the filmmaker’s personal decision or a corporate mandate, the very successful MCU route was ignored, cramming way too many new characters into one storyline, with backstories to be filled in later via follow-up films. That proved problematic, placing previously announced solo movies on hiatus until the company heads could reorganize.

In the meantime, Patty Jenkins moved forward with Wonder Woman, which proved to whip up excitement and James Wan showed that Aquaman had sea legs in theaters (I’m dying for The Trench spin-off!). Sequels to these films have received the greenlight, with spin-off movies going into development. Antiheroes were called upon in Suicide Squad and magic entered the cinematic universe with Shazam! Each one of these films brought new themes and characters into the spotlight, but the future of the DCEU feels like it rests with Harley Quinn and Wonder Woman.

Both characters received reverence within the short-lived adult-oriented animated series Justice League, which was followed by Justice League Unlimited. Comic book fans were generally pleased with the announcements of Gal Gadot donning the tiara and Margot Robbie a squeaky voice as their respective characters. For the most part, their first big-screen adaptations were successful.

The Amazons of Themyscira expanded the DC Comics mythology, while a new batch of sorta bad guys (and gals) were thrown together by the government to fight a common enemy, but their sequels weren’t received so well.

Birds of Prey dragged Harley from one Squad and placed her in the middle of a girl power movement of the shared superhero universe, but this box-office bomb really boils down to two simple concepts. Harley doesn’t make a good sympathetic character. She’s more of an ensemble character, one which has to play with others (but never nicely).

And Margot Robbie could be partially to blame here, as her in-character performance isn’t the best. Depending on the scene’s emotional requirements, her voice tends to fall out of character at numerous times. Also, I’m just not interested in seeing this character out on her own. There’s not enough history for Harley, despite Margot Robbie’s beliefs audiences want to see her featured without a strong superhero chasing her down (Will we ever see her paired with her primary protagonist — Batman — for the big screen?).

Audiences were divided in giving Robbie’s character a third chance with James Gunn’s The Suicide Squad, so is the character striking out, in terms of another big-screen story? 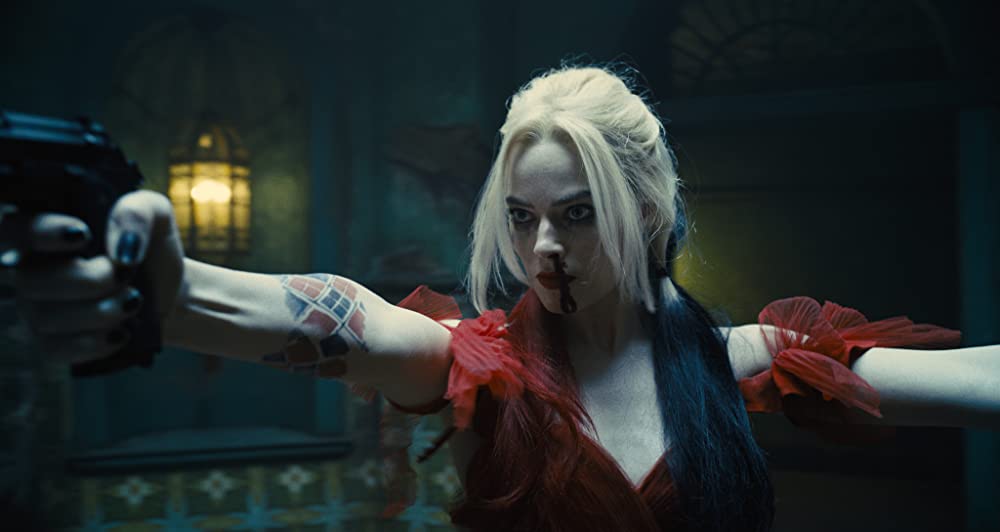 But what about Diana Prince? COVID-19 kinda had it in for Wonder Woman 1984. Numerous delays and a worldwide pandemic called for a new distribution model, as the film was the first of Warner Bros’ day-and-date releases, simultaneously premiering in movie theaters and streaming on HBO Max. The streamer was blamed for its meager box office, which fractured its audience.

This film felt like a superhero episode of Quantum Leap (which isn’t necessarily a bad thing). An escapist storyline featuring the body-swap trope and Monkey’s Paw storyline didn’t quite feel like it was up to big-screen quality. Poor writing and below-average special-effects didn’t help matters much, either…

“We all have our struggles.”

Will the world’s return to normalcy be referenced as the DCEU Blip? 1984 is a fun throwback film, but it didn’t approach the greatness of the first WW release. Warners has already confirmed a second sequel has been fast-tracked, which brings the superhero into the present day. And I’m quite interested in watching the Amazons of Themyscira spin-off, which is currently in development (Themyscira was the best portion of 1984, btw.).

Peacemaker is the unlikely spin-off from James Gunn’s film that will feature John Cena in an upcoming HBO Max streaming series. So, where does that leave one Harleen Quinzel? I would rather see Harley featured in an Arkham Asylum film franchise, one which kinda follows the video games and comics of the same name, not any more Suicide Squads or possible solo outings.

World-building can sometimes be tough for franchises that have existed in one medium or another for half a century, which is why I can’t wait for the upcoming Flash film, which should use the time-traveling Flashpoint Paradox storyline as a soft reboot to fix past big-screen mistakes, while bringing new actors to well-established roles.

And speaking of well-established roles, the WW84 mid-credits scene bringing in the original Wonder Woman, Lyndia Carter (this time as Asteria), was pure genius! I can’t wait to see what she brings to the upcoming sequel.

In the meantime, more male-centered superhero movies will be released, but the future of the DCEU truly feels like its hinged on successful stories featuring Harley Quinn and Wonder Woman.