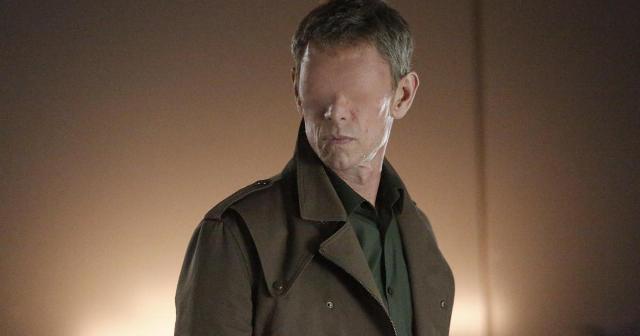 As Marvel’s Agents of S.H.I.E.L.D. wraps its second season, closure was a common theme for both the good and the bad guys.

To say the least, Season 2 was a tumultuous time, for everyone involved. While the first half of season reveals the effects of the S.H.I.E.L.D. Civil War (aka the Hydra Infiltration), the last half introduced new characters, a few deaths to major characters, a lead-in to a major summertime movie, along with a new world of possibilities that opens up the TV show for Season 3!

Before we examine the events of the two-hour season finale, let’s take a look at the episodes that aired from the mid-season premiere onward.

Aftershocks
Skye is quarantined, feeling guilty for the death of Trip. A secret, mysterious Hydra group is revealed — similar to the Millennium Group. Raina has evolved into a thorny creature, Simmons is a terrible shot, Fitz is getting back to normal, Coulson gets angry and the teleporting Inhuman makes a grand entrance. But the best touch of all: Fred Dryer guest stars as Octavian Bloom. Two Hunters on screen, simultaneously! Pure genius!

Who You Really Are
Lady Sif washes ashore Portugal without her memory, May tells Skye to, “Stop holding back,” so everybody can see where this is leading. Hunter and Bobbi hook up, Mac gets more responsibility, a noble Kree proves he’s no oxymoron, missing Diviners mean an army of Inhumans may be causing trouble on planet Earth, Skye’s secret is revealed and she gets locked up. Really enjoying the Asgardian background characters making appearances on S.H.I.E.L.D. since they don’t get tons of individual spotlights in the Thor movies. With Lady Sif making two appearances, there’s hope for others to arrive in future episodes, as well.

One of Us
What happens after Mac knocks out Hunter? Extraction! Calvin Zabo is forming a Sinister Five, apparently there’s a Gifted Index, Dr. Andrew Garner (Blair Underwood) is the ex-husband of May, Drea De Matteo has razor blades permanently grafted onto her fingers, the teleporter returns kidnapping Cal, the rest of the gifted villains are captured, Skye’s injured by directing her powers inward and judgement day for a science experiment!

Love in the Time of Hydra
Ward returns with Agent 33 (aka the Fake May), Edward James Olmos (Robert Gonzales) leads a SECOND unit of good guys (aka “The Real S.H.I.E.L.D.”), Mac and Bobbi are double agents, Skye’s taking a temporary vacation, Hunter’s held hostage, Bakshi breaks out of the brig and a brutal brainwashing!

One Door Closes
The mutiny begins! The jig is up for Bobbi and Mac, Skye meets Gordon (the eyeless teleporter), “The Real S.H.I.E.L.D.” invades The Playground, cool flashbacks of the day the organization fell and Gordon keeps his promise. A GREAT episode, multiple moving storylines as agents collide from different sides. Too bad they all can’t be this good!

Afterlife
Skye awakens stripped down and getting a creepy acupuncture, she soon meets Lincoln Campbell her “Transitioner,” Gonzales is hell-bent on hunting her down, Coulson and Hunter take a road trip to the safe house, apparently Gordon answers to The Elders, Fitz threatens to leave while Simmons works with the opposition, Cal’s past poor decisions have sealed his fate (possibly along with Skye), Fury’s Toolbox consists of vibranium and everyone’s desperate to peek inside, Coulson’s backup arrives in the nick of time who goes by the name of Deathlok (aka Agent Mike Peterson, who’s now reprogrammed to be a good guy) and seeks Ward’s assistance, a Raina-Skye confrontation and an introduction to Jiaying (Skye’s mother). The entire episode revolves around Skye, which can get old quickly. Hopefully not too many episodes will be like this one.

Melinda
Flashback to May’s former life. Seven years ago, she was married and actually smiled. While hunting Eva Belyakov on a mission in Bahrain, she became The Cavalry, killing not one, but two rogue Inhumans. Back to the future, Skye bonds with Jiaying while tuning her powers and sharing a secret. Raina yearns to be free. The Theta Protocol reveals itself. A long-awaited family reunion ensues before Fitz hacks his way into Fury’s Toolbox… making contact with Hunter and Coulson.

The Frenemy of My Enemy
Fitz loses a couple of followers, Hydra’s researching “power people,” Coulson and Co. visit Agent 33 and Ward and form an uneasy truce, Cal and Skye have a father-daughter date, Lincoln might be up to no good, Deathlok gets a system reset and Coulson wishes to be taken to the leader of “The Real S.H.I.E.L.D.”

The Dirty Half Dozen
Hydra has kidnapped Lincoln and Deathlok, a meeting of the top S.H.I.E.L.D. minds leads to an Arctic mission with the original six, Simmons arms Fitz with an explosive idea, May gets personal with Coulson, Hydra experiments on gifted people, the twins are mentioned (It’s All Connected), Skye becomes a human defibrillator, Bakshi fades from memory, Grant and Dr. List escape, a video chat with Maria Hill and visions of grandeur by Raina wrap up this episode, leading into Avengers: Age of Ultron.

Find out how It’s All Connected to Avengers: Age of Ultron.

Scars
Flashback to one year ago and we learn what the Theta Protocol really is: A helicarrier secretly hidden by Fury and monitored by Sam Koenig, away from Hydra’s assaults and later used in Avengers: Age of Ultron. Back in the present day, after his wounds heal, Lincoln fears that S.H.I.E.L.D. won’t stop until they learn the location of the Inhumans. Raina warns Jiaying of a vision of destruction, devised by the Kree, then leads Gordon to the helicarrier to steal it, where Coulson has reunited the good guys (he’s still the director, while Gonzales is the adviser). After tracking the teleporter with high-tech equipment, they learn the location of Afterlife and hope to have a sit-down with Jiaying. Mac quits, which is a total injustice. Gonzales suffers a horrible death from the Terrigen crystals. Kara Palamas/Agent 33 sabotages Bobbi and Jiaying seems to be more than meets the eye.

S.O.S. Part 1
In the first half of the season finale, the Inhumans steal a Quinjet and fire upon their own people, hoping to escalate the oncoming war with S.H.I.E.L.D. Raina predicts Skye will eventually lead the Inhumans. Jiaying has a killer personality, Bobbi gets tortured, Raina bites the dust, Cal transforms into a monster, the Inhumans take over the helicarrier and Mac (hasn’t quit, just yet) teams up with Skye in hopes of saving their teammates.

S.O.S. Part 2
Mister Hyde makes his very first appearance in the MCU and he’s incredibly brutal. Agent Melinda May tricks Agent 33 into becoming the “Fake May,” Bobbi takes a bullet for Hunter, Ward unknowingly kills Agent 33, Gordon gets a beat-down, Jiaying gets a death sentence and Coulson lost a hand, as if the writers took notes from The Walking Dead.

Sadly, the best character on the series, Gordon, was killed. He deserved more screen time, but hopefully he didn’t die in vain. Bobbi survives (along with breaking up with Hunter, again), which isn’t a huge surprise. Mac gets reinstated. Now, his role is the caretaker for all the indexed alien artifacts. Almost all of the fake S.H.I.E.L.D. agents were killed off. May asks for some time off, Cal gets brainwashed, Ward attempts to reassemble Hydra and Simmons gets swept off her feet in more ways than one. Is it possible Agent 33 is still alive? To be continued…

Looking ahead to next season, what will happen to Coulson’s missing hand? Will he hire Dr. Helen Cho (from Avengers: Age of Ultron) to make a realistic replacement? What effect will the dissolved Terrigen crystals (turned into fish-oil pills) have on the general public? How many more Inhumans will rise? What happens to everyone living at Afterlife? Who will lead them? And will any familiar faces return to Hydra?

“We’re not bad; we’re misled.” Perfectly sums up the Inhumans.

Gordon felt like a wasted character. He shouldn’t have been killed off. We could never tell if his eye makeup/special effects are really good or really bad. It always seemed like it was blurred, so there were no details around his eyes. Only when he was cut did it look real and not a synthetic costume. Unfortunately, Mister Hyde didn’t get much screen time (another wasted opportunity), but there’s still hope for more misadventures, as Cal is still alive… feeling the effects of the T.A.H.I.T.I. program.

Kara Palamas/Agent 33 never got too much attention and Raina was totally wasted. Scattered about the Marvel Cinematic Universe, there aren’t enough strong female characters. As a group, there are quite a few on this TV series; however, killing off three of them (Jiaying, Agent 33 and Raina) is troubling. This needs to be adjusted immediately for Season 3. 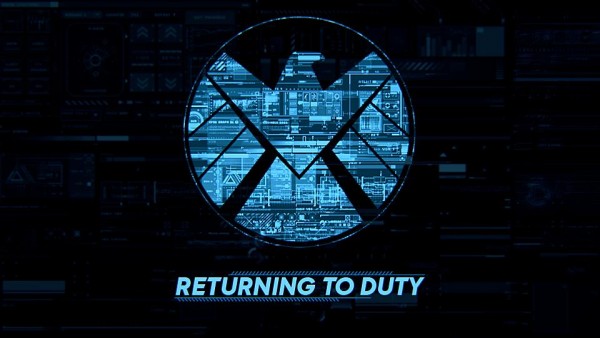 As a season, Agents of S.H.I.E.L.D. averaged a 1.5 rating among adults 18-49 on Tuesday nights, averaging 2.8 million viewers for its second season. That’s not very good. Despite not being a critical or popular hit show, ABC renewed the Marvel Studios franchise, along with another abbreviated season of Agent Carter, but cancelled the Bobbi & Hunter spin-off series. There’s no guarantee this TV show will survive another season unless ratings improve. So, what must be done?

Bring in the bigger-named characters from the standalone Marvel movies to move the overall storylines along!

Just a couple of ideas: Have Bruce Banner (Mark Ruffalo) make an appearance, helping Fitz and Simmons in a science experiment. We’re hoping Dr. Helen Cho makes a cross-over appearance, as well! And with Ant-Man due in theaters very soon, perhaps one or more characters from that film can make a cameo, as well! As always, more Asgardians, please!

The biggest teaser for next season involves Skye joining a newly created, secret team of S.H.I.E.L.D. agents who are gifted people. Could this possibly be origin story of the Secret Warriors? How about the Caterpillars of Team White, Team Black and Team Gray? This intrigues us, immensely.

Just a few questions remain after watching the season finale:
– Why didn’t anyone search for the downed plane and its Terrigen crystals?
– What happens next to Deathlok?
– We’re hoping the splitting-personality Inhuman survived.
– Will the Fitz-Simmons love affair ever happen?

Overall, this was a better season finale than last year’s and a stronger season, as well.

Strength: Lots of big, new developments that effect the the MCU.
Weakness: There’s never enough strong female characters.
WTF Moment: Dichen Lachman was a perfect casting choice for Skye’s mother. Not only is she an incredible actress, but she even looks like a relative of Skye (Chloe Bennet). It’s a shame she was killed off… Wondering if Cal might just piece her together once more…