You Better Watch Out, ‘Cause Krampus is Coming to Town: A Christmas Horror Story Review 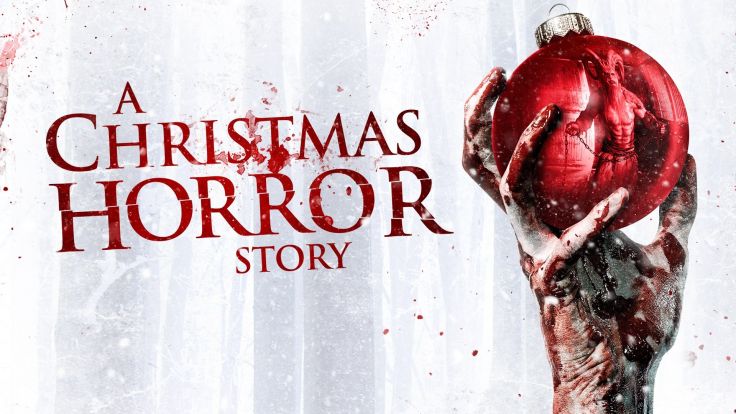 If you are the kind of person who enjoys horror anthologies, A Christmas Horror Story will be a fun, cozy watch this Christmas. Slightly nontraditional to the anthology format, the directors interweave each story. So, you watch a few minutes of one story and jump back to the other. It can be a tad unsettling, but as all the characters are related in some way, it does work. Krampus, changelings, Zombie elves and pregnant ghost teens are all prodded on by radio host, Dangerous Dan, AKA William Shatner.

All of the stories are variable in quality, like most anthology stories and the mixed bag gives everyone a taste of their favorite type of horror. The loser in this bag is the story titled “Horror in the Hallways,” about teens who go sneaking into their school’s basement, that was a convent at one time, to investigate murders that happened the year before. The story is the least interesting out of the batch. It’s a cheap found-footage short that is absolutely no different than tons of other teen horrors.

Up next, “The Changeling” is a fun story full of surprises. A throwback to the old Tales From the Crypt episodes, this short could be expanded to be its own full-length film. Expertly shot and well directed, this short by Grant Harvey is a really well-told piece. It gets to the point rather quickly, as it is a short, but there is a big story hiding in there. Actor Orion John is just amazing in this piece, most particularly when one remembers he is just a child. He fully delivers the scares in this Christmas gift of a film.

The third segment is Krampus in the woods, which in my opinion is far better than the full length Krampus film that came out last year. Actually, the Krampus segment is another one that could have easily become a full-length film. It’s just a well crafted, yet fun and not over-thought story. The actors in the segment do an outstanding job, most particularly Amy Forsythe, who manages to to be both terrified and terrifying in the same short.

Lastly, you have my personal favorite story, “Santa vs. the Zombie Elves.” The twist to this story is worth watching the entire movie, even if the other segments are perhaps not quite your cup of tea. The ending is unsettling and surprising, not to mention the fight scene in this one that pits old Saint Nick against the evil Krampus. I only wish the segment had been longer. While the story isn’t really about Krampus, I can honestly say this guy is seriously the bad guy you have been waiting for in a horror film. The gore level is taken up a notch in this segment too,  while not quite what I’d call torture-porn-level gore… it definitely will deliver the blood splatter most horror fans crave. 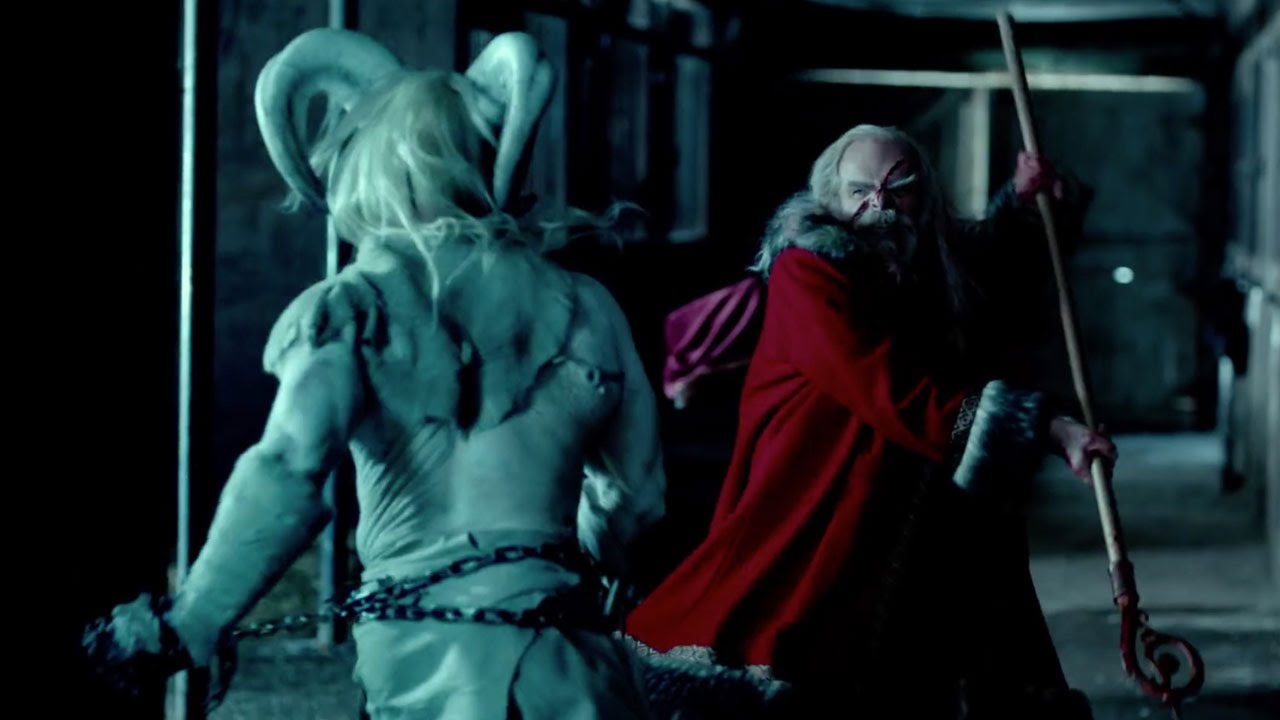 Fans of director Steven Hoban will notice the film is set in Bailey Downs, the infamous town where werewolves roamed in the Ginger Snaps movies and the Bailey Downs ice skating squad from Orphan Black. Originally, they had planned on mentioning the relation in the film through the radio host played by William Shatner, but the segment was too long and got cut. Steven stated in a recent interview that he planned on returning to Bailey Downs again for another anthology short in the future, so fans should be on the lookout.

Originally, watching the film, I had hoped this movie would do for Christmas what Trick ‘r Treat did for Halloween. It is unfortunately not quite the same level of a production. It is, however, a very fun Christmas horror for fans looking to get into the Christmas spirit. While Trick ‘r Treat had a story well connected with rules to survive Halloween and showed people who disobeyed suffering the consequences, A Christmas Horror Story doesn’t go that route. This, of course, just makes it bad things that just kinda happened on Christmas. That said, I will definitely still be adding this film to my yearly must-see Christmas list. I give the film four stars for being a fun take on Christmas horror.

A Christmas Horror is currently streaming on Netflix or available on most VOD streaming services.