Cancelling Manifest Won’t Keep a Bad Conspiracy Down for Long 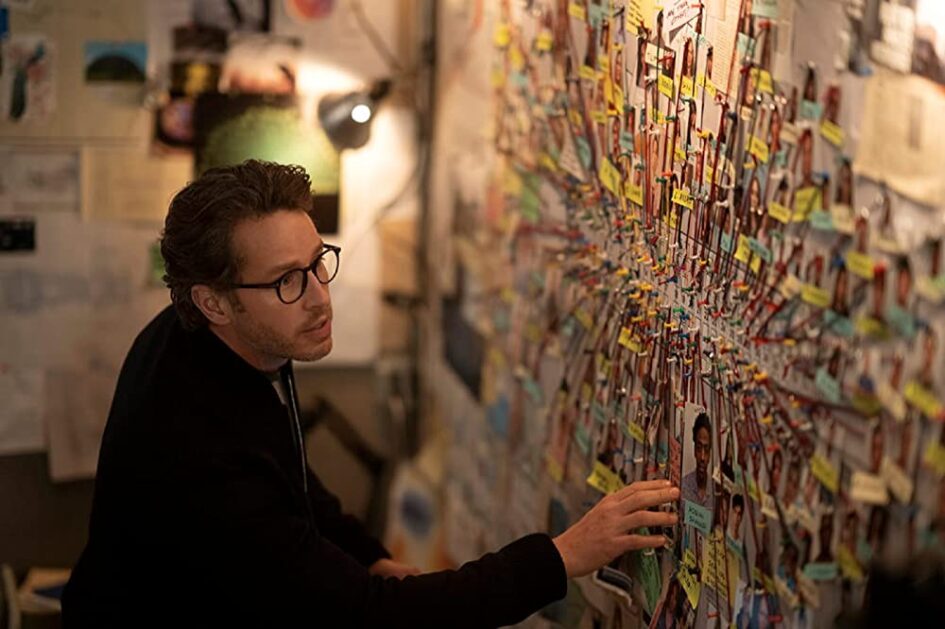 Per Matt
Maybe we, as an audience, are being tested, much like the characters of Manifest. How many tall tales and zany conspiracy theories can we tolerate, along with so many slow-to-develop storyline resolutions with poorly written characters?

Violent turbulence is a way of life for this show. To compare it to J.J. Abrams and the crew who were flying by the seats of their pants while creating LOST is an understatement. I’ve been thrilled and ultimately disappointed (way too often) by both shows.

Redemption is something Manifest deserves (along with the audience that withstood three entire seasons of sub-par storylines). But with NBC’s revelation last week that the show’s finally been cancelled, I’m not disappointed. But I am surprised it took the network this long to finally pull the plug.

Please believe you can’t keep a bad conspiracy down for too long.

Apparently, the showrunners’ six-year plan was initially mapped to stretch out long-reaching story arcs. Too bad they forgot to write short-term plots to keep the attention of the audience. The truth is out there, somewhere, along with some good screenwriters.

“Maybe that’s why we came back… to do things differently.”

What began with an average viewership of 12.61 million people wrapped with a whimper (5.35 million) and there’s always a reason for viewers bailing on a series. The lives of Michaela, Ben, Cal, Saanvi and at times, Zeke, may depend on following their “Callings,” but our sanity, as viewers, depends on some actual storyline developments. If these characters don’t follow their Callings, they’ll die. Instead, the audience has been dying of boredom for 42 episodes. Sadly, nothing ever gets resolved (Manifest and the Neverending Cliffhanger), and when plots did evolve… (Manifest Finally Addresses Fan Service) there was no in between.

There might have been intricate, complex layers of this show, but the way they were introduced felt clunky and way too slow to develop. Season 3 crammed in too many Callings per episode, almost as if the previous one didn’t matter, and the latest one was more important. And once something remotely interesting gets introduced, the storyline almost automatically turned to something else. The red herrings were overwhelming.

In the end, there was just too much family drama and teenage drama, but not enough science fiction for me. The last-minute random religious ramblings felt way too forced, much like the unlikeable characters that continued to act like we, the audience, actually enjoyed their screen time. The results of the season finale were just not enough to keep my attention, as I’d already written off Montego Air Flight 828 long ago.

It’s too bad Season 3 wrapped with more false endings than an overblown Peter Jackson trilogy. Baby’s kidnapped, missing son’s been time traveling again, mother’s knocking on heaven’s door, the Mcguffin’s missing (again), and now the entire rebuilt airplane totally disappears (along with its pilot, who just happened to teleport in before disappearing). It only makes sense that it’s now cancelled. Right?

Yes, this is my victory lap. My Calling is to finally deplane this franchise, once and for all. I’m finally ready to depart the never-ending storyline that’s been flying round and round, without making any progress. But I’m afraid all of this will only be short-lived. With all of the online backlash from hoodwinked fans of the show, it’ll most likely return at another destination — most likely at a streamer, where ratings don’t matter so much and common sense isn’t thoroughly used.

If nobody’s watching Manifest, its producers won’t get another shot at releasing another season. It’s an expensive show to produce. And for the streaming services, it’s all about grabbing intellectual properties. The more television franchises you have to offer, the more you can entice subscribers… even if they are short-lived series.