GoT Season 7 Premiere: Revenge, Survival and the Fluctuation of Power 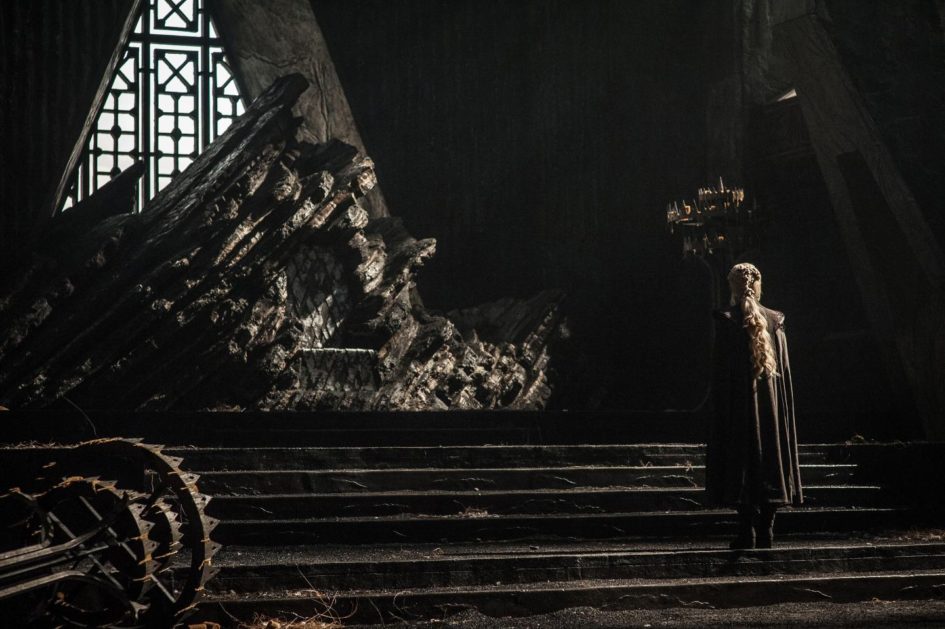 “When people ask you what happened here, tell them the North remembers. Tell them winter came for House Frey.”

The line spoken by Arya Stark in the guise of Walder Frey delivered a gratifying cold open for the Season 7 premiere of Game of Thrones, as his men choked on poisoned wine in the same hall where her mother and eldest brother were betrayed. Skills learned from the Faceless Men in the city of Braavos have come in handy on her revenge tour. Her satisfying taunts felt poetic, drawing imagery for the House Stark sigil: “Leave one wolf alive and the sheep are never safe.”

Her retribution has become more daring after each name she crosses off the list she used to regularly speak aloud to herself. Her boldness compounds with each act of vengeance. In a later scene, she rides through a Lannister soldiers’ camp (with a cameo from the chart topping Ed Sheeran). Sitting with them for some food and drink, they ask her what business she has in King’s Landing. “I’m going to kill the Queen,” she says with a straight face. After a solemn moment, the soldiers laugh at the audacity of the statement, believing such an innocent-looking girl wouldn’t have the gall or ability to carry out the task.

In the North, Jon Snow faces the challenges of being a young leader. Divvying up the strongholds of the northern Wall to heirs of House Umber and Karstark doesn’t go over well with Sansa, as they joined Ramsay Bolton in his insurrection against them. She undermines the decision in front of Jon’s men and later criticizes him for prioritizing the approaching army of White Walkers over the tyranny that comes with Cersei Lannister on the Iron Throne. He, of course, refuses to underestimate the significant challenges that the Army of the Dead pose. Jon tells his followers they need to find dragonglass to mine and forge into weapons so that they stand a chance of fighting them. Orders for men, as well as women, aged 10 to 60 to preform the task creates a stir for some, until the young queen Lyanna Mormont sides with him.

Sam Tarly, on the southern coast, thousands of miles away from the northern Wall knows the threat of the Army of the Dead as well. His task of finding a source of dragonglass is demoralized within the Citadel. Surrounded by lifelong maesters, he is subject to cleaning their feces-ridden bed pots, serving them slop-like meals and replacing texts to library shelves. The Archmaester is the only one who doesn’t doubt his tales of encountering White Walkers, but he is reassured that through every turbulent time that has come, the people of Westeros have endured. Unsatisfied and determined, Sam swipes keys to the restricted area of the library and gathers the books he needs to help Jon’s cause.

The increasing brashness of characters is evident throughout the episode. Cersei watches the creation of a floor map of Westeros — the kingdom she has claimed for herself — and comes to the realization that she is surrounded by enemies in every direction. What she doesn’t acknowledge is that each one turned on her due mostly to her own actions. Jaime, the voice of reason, is disregarded by her. “I understand we’re in a war for survival, I understand whoever loses dies; I understand whoever wins could launch a dynasty for a thousand years,” she tells him. “A dynasty for whom? Our children are dead; we’re the last of us,” he responds.

The loss of Joffrey, Myrcella and Tommen within a short timeframe has made her even colder a person than she ever was. Their black garbs reflecting the disparity in their hearts contrasts the liveliness of the gold and burgundy colors of House Lannister. Cersei’s only remaining motivation is the acquisition of power that is slowly diminishing as time goes by. In her desperation, she seeks alliance from Euron Greyjoy. The man is conniving and uncouth, which gives Cersei reason to decline his proposal, but the alliance between house Lannister and House Greyjoy seems to be her only option to preserve her authority over the seven kingdoms.

Throughout the premiere, the only character to show some humility is the Hound, Sandor Clegane. In his travels with Beric and his men, they come across a familiar setting. The farm of the father and child he robbed in a previous season after they took him and Arya in became their resting place. Seeing their dead bodies huddled in the corner of the house brought him remorse he had never felt before. Attempting to recite the blessings of the seven gods after burying them proves he is not a man of religious conviction, but the sentiment isn’t lost. Though he isn’t much more than a brute, he shows what little humanity he does have here.

The episode ends with what fans had anticipated from the first season. Daenerys, along with Tyrion, Varys and a vast army arrive in Westeros at Dragonstone. The trials she has endured has made her fearless and the time is soon to come when an epic battle for the Iron Throne will be waged. Game of Thrones is still the best character study in all of television. The acclaimed series was worth waiting another three months, and fans are thrilled to be glued to their television sets on Sunday nights once again.