Government Revelation Gives Proof That The Truth is Out There? 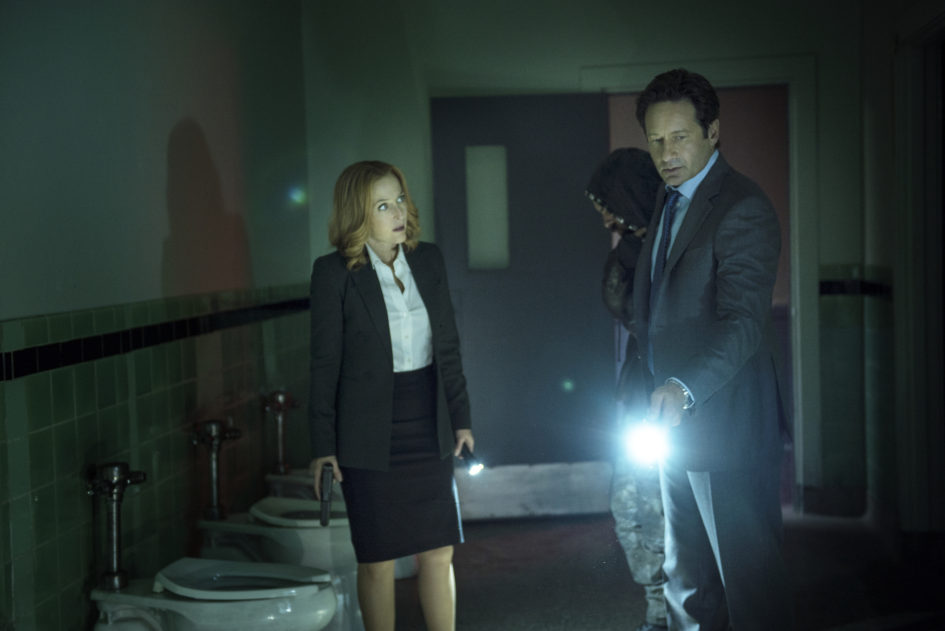 With the publication of The New York Time‘s bombshell report of a secret Pentagon UFO program, The X-Files is quickly transitioning from science fiction to science fact.

Preparing for the upcoming release of Season 11, Showrunner Chris Carter still wants to believe, although he is still a skeptic at heart. For nine seasons, the sci-fi series has focused on government conspiracies, alien abductions, an incoming colonization and unexplained phenomena, but all of that was wiped away with the revelation in last year’s event series that all the previous “aliens” appearing on the TV show were simply government agents in disguise. As unlikely (and lazy storytelling) as it seems, this retcon of nine years’ worth of mythology effectively reboots the series for a new generation, while alienating (pun intended!) hardcore fans from years’ past.

The Alien Bounty Hunter. The black oil alien virus. The practically unstoppable super soldiers. William, the alien hybrid lovechild of the agents. Scully’s abduction, cancer, infertility and her magical cure that may have granted her eternal life. All of it has been rendered null and void. Much like a dream, none of it actually happened, along with the various sightings and all of the eyewitnesses. It’s all been a cover up, inside a cover up, of a cover up, much like the different levels of reality found within Inception. At least the real-life U.S. government offering up confirmation of what the general public has assumed for decades as truth seems more believable than Carter’s lack of continuity.

The government program labeled the Advanced Aerospace Threat Identification Program was a $22 million study that investigated unidentified flying objects from 2002 to 2012. And before that was the Air Force’s Project Blue Book, which was a similar program running from 1952 to 1970. These revelations only strengthen the different conspiracies and government untrust found in the show. Sometimes, truth really is stranger than fiction.

Fear of the unknown and the notion that mysterious forces, illnesses, killers, outbreaks and events could possibly happen have all been the backbone of the franchise. Ever since Season 1, the show’s mythology episodes basically created the series, giving a foothold for the series to grow and build upon in the following years, which is all thrown away and destroyed because Carter wrote himself into a corner (along with some really ridiculous storylines) throughout the years.

Does the importance of Cigarette Smoking Man get diminished as the primary antagonist, now that the canon has changed, once again? Will there be an all-new Syndicate to be created of powerful, shadowy individuals, who basically control the world’s governments? And will this season introduce the audience to an all-new informant who will follow along the paths of Deep Throat, X, Marita Covarrubias and now former Agent Reyes? Also, who’s the new guy who looks like Mitch Pilleggi’s stand-in? He might just be our new informant!

It seems unlikely that this new round of episodes will actually provide the answers to the many unanswered questions the show has provided throughout the years. We can only hope they will be entertaining. Maybe the truth is still out there.

The X-Files returns with Season 11 on Jan. 3rd with 10 all-new episodes.