Holiday Horror Gets Isolated in The Lodge 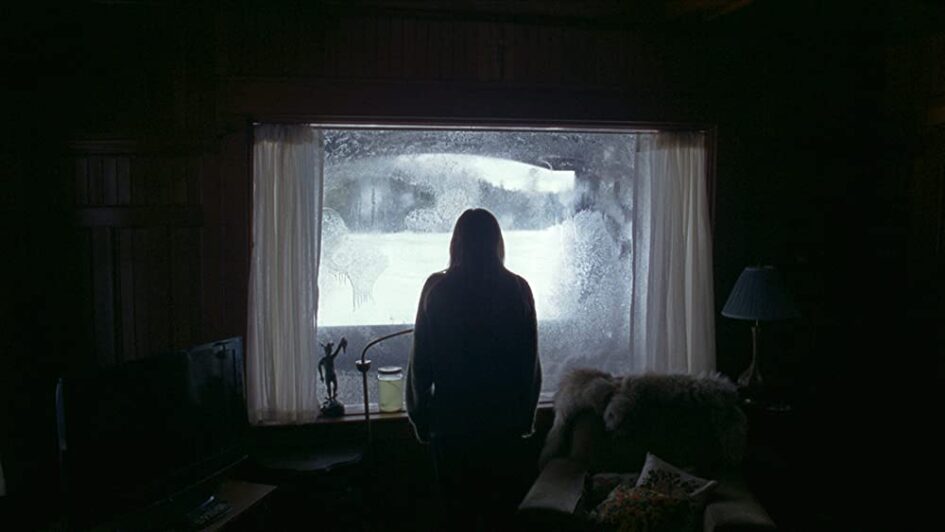 Make sure to check in to The Lodge for some holiday horror.

Per Matt
When you think of a stereotypical horror movie, what kind of setting immediately pops into your mind? Is it a haunted house? A high school, perhaps? What about a summer camp? What if Purgatory was a snowy cabin in the wilderness, far, far away from civilization, where nothing’s quite as it seems and your mind seems to constantly play tricks with your reality?

Nothing quite gets you in the mood like some holiday horror while 2020 finally counts down and a new year grows closer. Can’t wait to discard the trials and tribulations of this past year, breaking out a brand new calendar and looking forward to an all-new slate of films to watch inside movie theaters once more. But before we cross that bridge, I took a visit to The Lodge.

What begins with a family ripping apart results in an abrupt suicide. Picking up the pieces of their lives, Richard and his two children prepare to spend Christmas with his soon-to-be wife, before learning he has to work during the holiday. Hoping the kids will get to know Grace better, they spend a couple of days at the family’s retreat, miles and miles away from the nearest city, tucked away within the woods.

Aiden and Mia are slowly warming up to Grace as the weather worsens, the power’s out, the water pipes are frozen and they’re snowed in. I forgot to mention that all of the food disappeared, as well. And there’s no phone service. Now, this is a real-life horror setting for every millennial out there!

Through a combination of dreamlike sequences, violent flashbacks and dark family secrets, the viewer can’t seem to tell what exactly is happening, and what might simply be random visions by an unreliable narrator. Everything’s missing and there’s no communication with the outside world. Each time I assumed I knew where the story was headed, I realized I was incorrect and made another unsuccessful guess, constantly in a daze. Just trying to figure out who’s the protagonist and who’s the antagonist was tough enough. I was going crazy trying to predict the storyline and I absolutely loved every second of it. That doesn’t happen enough in this modern world of entertainment.

What are the true terrors of The Lodge? Is it the general concept of marriage? Is it the homewrecker? The writer with the wandering eye? Maybe it’s the two little monsters? Or something else entirely?

Heaven’s just a confession away, as mental illness, pain and sorrow are all explored. And then there’s the whole aspect of a character being the only survivor of a massive suicide cult. It’s isolation horror meets an unstable character with mental health issues and dark secrets, creating a psychological thriller with plenty of horror elements. Also, beware when doing random Google searches on people. You never know what kind of killer details you might uncover.

Co-directors Veronika Franz and Severin Fiala showcase stark images and random close-ups with an idyllic landscape for the holidays, which is full of frights. So, it’s appropriate for the characters to be watching a horror movie about being stuck away from civilization at one point, and it being John Carpenter’s The Thing, properly setting the mood before switching over to Jack Frost.

It’s great to see Alicia Silverstone for the first time in many years, if only briefly, before she quickly exits the storyline. Unfortunately, by the time the credits roll, plenty of red herrings are planted (along with some plot holes), but not much background information is truly revealed for any of the main characters. And the film’s resolution? It could easily be classified as undetermined.

FilmNation Entertainment and Hammer Films have a nice little movie here, which is distributed by Neon. Be on the lookout for it. Whether you catch it at a movie theater, on demand or through a streaming service, you should definitely check into The Lodge this winter.