Legion: What Exactly Happened in Season 1? 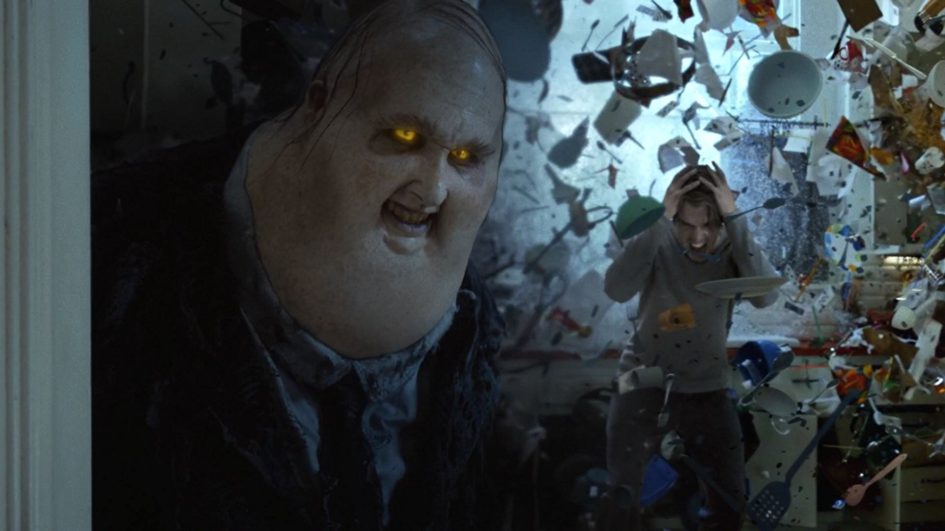 After binge watching Legion and re-watching many of those same eight episodes of Season 1 a second time, I’m still unsure of the show’s canon and what was a figment of the main character’s imagination, but it sure was great. It really is a mind trip. What, exactly, happened? Luckily, there’s a wiki for that.

Is Legion a love story wrapped within a cautionary tale with sci-fi elements? Is it true horror, possibly discussing opioid abuse, making this series more than relevant in a pop-culture world? Or is it simply a a TV show based on a misguided antihero, breaking the barriers of past series’ depictions of the superhero genre?

“What if your problems aren’t in your head? What if they aren’t even problems?”

Intended for mature audiences, Legion explores the perception of madness and paranoia, using over-exposed lights, delusions, hallucinations and a mind wipe to create an uneasiness that can easily confuse the viewer until about half-way through the season, when things are properly explained (somewhat). David Haller is a troubled young man who questions his own sanity, while being unnecessarily medicated in order to keep his mutant powers under control. He’s a character seeking the truth, questioning reality while experiencing time jumps throughout the first season.

The pilot was mind-alteringly good, but after watching it, I still didn’t know what to expect for the rest of the season. David’s escape from the grind of daily life to the astral plane, experiencing misunderstandings, human experiments, disembodied voices, suffering sickness, insanity, fuzzy memories while being over-diagnosed with prescription drugs, feeling jarring, groovy, incredible special effects, intense anxieties, so many red colors, forgetting something really bad while being off his meds, experiencing memories within memories and psychic projections, fearing nightmarish imagery and incredible cinematography along with flashbacks, flash forwards, an imaginary friend, an alternate universe and so many Easter eggs while being on the run from Division Three, what really is real and what isn’t? It’s easy to confuse reality with alternate universes in this series.

“Who teaches us to be normal when we’re one of a kind?”

While the pilot was primarily spent inside Clockworks Psychiatric Hospital and the mind games therein, the rest of Season 1 involved David’s escape to freedom and never-ending chase by Division Three. There’s a war with his subconscious on an astral plane for freedom, but the work of star Dan Stevens is spot-on and never ending in his search for the truth.

All of this is excellent work by Creator-Showrunner Noah Hawley (Fargo), bringing a new element into the Marvel Universe, while being much different from Marvel’s network programs Agents of S.H.I.E.L.D. and The Gifted, along with the recent streaming show Runaways and looking different from the upcoming shows, Cloak & Dagger, New Warriors and Damage Control. All in all, it may be better to watch along with a couple of cocktails.

“We’re more than just this.”

At times, the story was plodding, indecipherable, unclassifiable as to what exactly the show was about (or a certain genre it represented), but it was never predictable and you don’t need to be a superhero fan to enjoy this series. Horror fans should definitely give this show a binge and see if it takes. There’s great set design, great costumes and beautiful classical (and seemingly maniacal) music intertwined with fast-cuts that keep its endless frantic pace going. The first time I watched Legion, I was overwhelmed by all the bells and whistles, confused by what I just watched. But the replay value has revealed unto me that this may be my new favorite TV show.

The ridiculous comic intensity of fan-favorite Aubrey Plaza initially pulled me into the series, but the Devil With the Yellow Eyes hooked me. As this is the first appearance of The Shadow King, I’m definitely intrigued, but I’ve got no idea where Season 2 will eventually go.

“To be a monster, you’ve first got to do something monstrous.”

Much like Split, the main character has multiple personalities, while experiencing pyrokenesis, suffering from dissociative identity disorder and being full of so much power, it’s making him sick. Or so he thinks. David Haller is constantly confused, fidgety and erratic, attempting to make himself whole again while dealing with irregular therapy and implanted memories that easily hinder his process. He may be the most powerful mutant alive with telepathic, telekinetic powers that may prove the evolutionary process is alive and well.

As a viewer, what are the main questions that arise?

A number of comic-book superstars brought this series to the small screen in a variety of roles as producers and writers, including Stan Lee, Jeph Loeb, Joe Quesada and Chris Claremont. That’s incredible Geek Cred brought to a great first-year series!

This show really seems to be harder to comprehend when watching one episode per week, but when binge watching the series, as a whole, it seems much easier to understand the overall story arcs, almost like it’s serialized. As if the filmmakers knew exactly what the audience needed, a full breakdown of the series within a couple of minutes takes place in Chapter 7, which happens to be the next-to-last episode (and probably the best, so far). It’s a trippy, offbeat, surreal, violent story covering serious topics. Thankfully, there’s mostly older actors dealing with adult themes that can be complicated and the series didn’t follow the Hollywood machine in casting teenagers for the main characters. That would have been unbearable.

Vengeance is a family affair, as David eventually receives a brief origin story, which also includes the mental monster he is battling. At the conclusion of the season finale, The Shadow King is loose, but in a post-credits scene that airs not once, but twice, David may be in even more trouble than ever.

Can’t wait for Season 2, which returns in only a couple of weeks! Bring on Plan M!