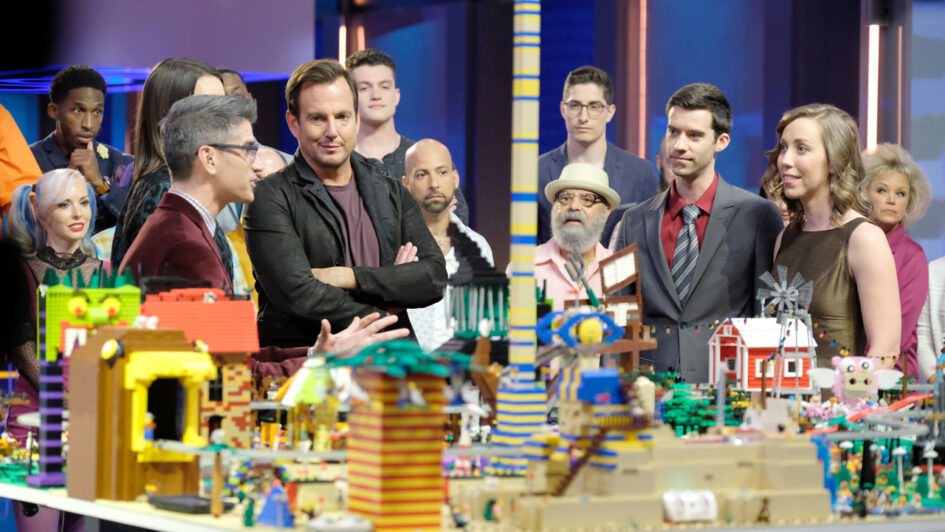 When you’ve got a game show concept that combines reality TV with a building competition that deals with a pop-culture toy that almost everybody around the world has played with at some point in their lives, you’ve got a million-dollar concept on your hands. Executive Producer Brad Pitt thought so, as Lego Masters builds a new type of game show, brick by brick.

Actually, the concept isn’t exactly original (although it is for the United States), as different formats of this show have already aired in the U.K. and Australia, becoming one of the top-rated television series to air for all demographics in those countries. A toy that can just about encompass every pop-culture topic imaginable has easily become a favorite of both children and adults, alike.

Hosted by Will Arnett, whose only connection to the toy is voicing Lego Batman in The Lego Movie, The Lego Batman Movie and The Lego Movie 2. Might I add, he was a good addition, as he provides plenty of commentary — some funny, some sarcastic, some super cheesy — to go with some fourth-wall breaking, which might just be the best element of the show.

Teams of two must imagine, design and build complex and elaborate sets within an 11- or 12-hour timeframe. In the first episode, the teams were required to build a theme park with a functioning component to go with it. In the second episode, teams were instructed to construct something with a space theme that would then be destroyed either with a “space ball bat,” via gravity drop or with explosives. To say the contestants created fireworks would be downplaying the situation.

Two corporate Brickmasters, who have created many of the Lego sets that have been built into one of the world’s best-selling toys, are judging “the best Lego builders in the country” via “the greatest Lego-building competition in the world.” While I can neither confirm nor deny that statement, these individuals are definitely eccentric, bringing out the best and the worst from the geek community, and the competition is definitely fierce.

Lego Masters feels like a toy commercial at times, but what sponsored program doesn’t? These competitors are definitely good at what they do, but they don’t always double-check their work, creating a lot of drama. In fact, these pop artists who create pop science bring more feelings than I expected from a show focusing on toys. There’s some emotional attachment to the toys they build, but there’s A LOT of drama dealing with communication issues, disagreements, overacting and over-reacting. Many of the contestants are working on first-time teams, which lead to some super awkward moments, which is terrific for television.

The creativity, communication issues, artistic design and Lego SNOT are all balanced with the violent urge to break stuff in the second episode, which is sure to attract new viewers. The challenge winners receive a golden brick, which is basically an immunity for a future challenge, while the team with the last-place build goes home. So, there’s definitely some Survivor elements thrown into the mix.

This week’s episode features completing a half-built complex structure and perhaps destruction via power tools. I’m already hooked and can’t wait to see what gets built (and destroyed) next!