Retelling The War of the Worlds 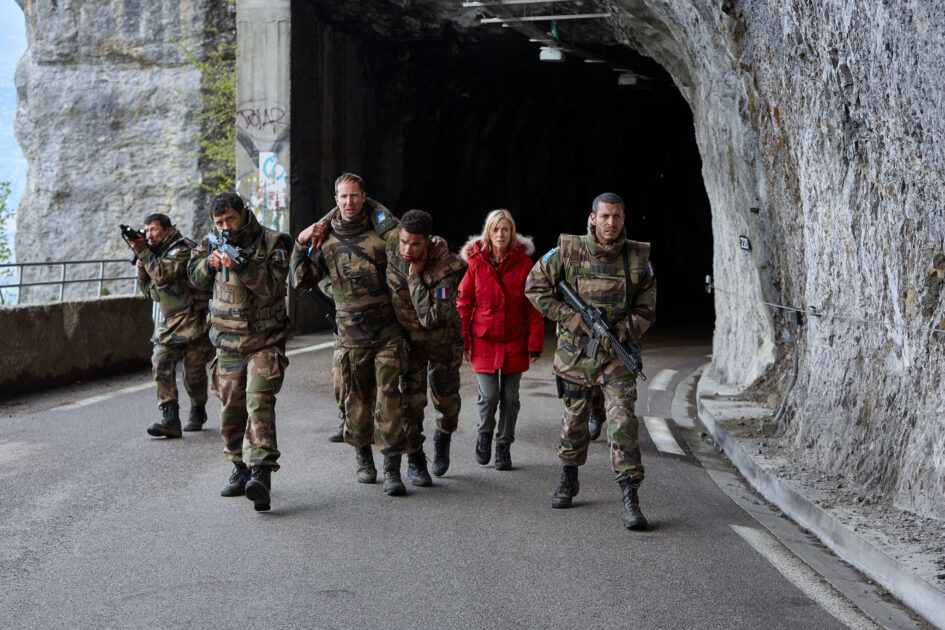 Humanity is on red alert in the series premiere, War of the Worlds, airing on EPIX. Photo courtesy: Meg Kuhta, Metro-Goldwyn-Mayer Studios Inc.

Per Matt
H.G. Wells crafted one of the first — and possibly the best — interstellar conflicts with The War of the Worlds. Originally released as a serialized story in 1857, his was a genius tale describing a global alien invasion by an extraterrestrial threat and its subsequent attack on humanity.

Wells’ vivid imagination, describing the unexpected mass destruction by alien creatures has been interpreted many different ways throughout the years, as different groups of people retrofit the story to fit their narratives, whether it’s steeped in politics, philosophy, religion, science, fears or prejudice. Told as a first-hand account from the frontlines of an apocalyptic event, this science-fiction novel has never gone out of print.

Numerous adaptations have followed throughout the years, as the most notorious could easily be the 1938 radio drama that was performed by Orson Welles on Halloween. Broadcast live, the one-hour program tricked listeners into thinking the story was real, bringing mass panic to those not fully paying attention. Afterward, there was outrage aimed toward Wells, but it only led him to bigger and better things, as he eventually became a filmmaker, creating one of Hollywood’s greatest movies on his very first attempt: Citizen Kane.

There have been many other versions of the story told during the 162 years since the source material’s original release, including Steven Spielberg’s 2005 feature film, starring Tom Cruise. Although I’ve been a long-time fan of the filmmaker, I could never force myself to watch the movie, as it looked more like a family drama surrounded by sci-fi themes, featuring a somewhat unlikable star. I still have yet to watch it. Maybe I will at some point in time…

Fox Networks Group has teamed up with Studio Canal to release a new War of the Worlds, this time set in the style of AMC’s The Walking Dead and distributed in the United States on the premium cable channel, EPIX. Premiering on February 16th and airing only two days after Valentine’s Day, this show could very well be a love letter to H.G. Wells.

The pilot brings the storyline to a contemporary setting, taking place in the present-day locations of the French Alps and London. After astronomers receive a mysterious intergalactic transmission, the aliens arrive, wiping out huge populations across the globe. These unknown threats to humanity have killed all but a few pockets of people.

At least in the beginning, the main characters are just trying to survive somehow or find their missing relatives, not exactly trying to figure out a way to defeat this threat to humanity, although various military groups do venture out as alien hunters. Fear of the unknown is a huge theme of this show. Once humanity realizes how to survive without everyday electronics, more and more is learned about these extraterrestrials.

The ensemble cast features both French and British actors. Led by Léa Drucker and Gabriel Byrne, subtitles are definitely needed at times to interpret both groups of characters. After watching two episodes, it still isn’t clear if these aliens are attempting to colonize Earth or if they have other sinister plans.

Season 1 of War of the Worlds only includes eight episodes, so I’ll be very curious to see where the show takes these characters within a very short amount of time. If you don’t receive EPIX via your cable or satellite channel lineup in the United States, you can watch the channel’s offerings via the station’s streaming service, EPIX Now.