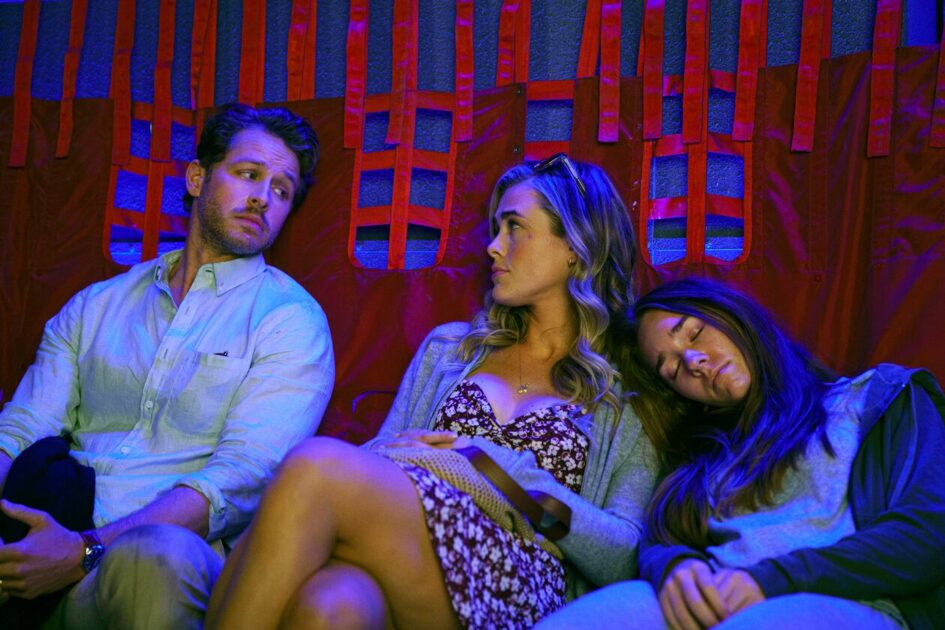 Did you catch all of Manifest's clues in the season premiere? Or did the episode put you to sleep? Photo Courtesy: Peter Kramer/WBTV/NBC | ©2020 Warner Bros. Entertainment Inc.

Fan Service. Hidden deep within the dark halls of Hollywood’s major production studios are writers who prefer not to directly address the elephant in the room. It’s what keeps fandoms up at night, molding conspiracy theories around their favorite themes, whether it’s shipping the unlikely lead characters of their favorite TV shows or movies, or it’s crafting a bizarre plot thread that ultimately leads to everyone’s happily ever after, it’s a dangerous path to venture down if you’re an executive producer or a showrunner. Because once you directly address a popular theme or idea and either confirm or deny it, there’s really no going back (unless you helped create the massively popular LOST, where 99.99 percent of the show’s fans were ultimately disappointed with its end results).

As Season 3 begins for the sci-fi wrapped mystery of Manifest, an important item is discovered, offering a wrinkle in the series’ already established mythology, hedging all bets that a remotely possible non-canon fan theory might actually be feasible. Have the filmmakers actually cashed in all their creativity chips in order to appease their viewers?

Not exactly what you might find in various anime, Manifest finally addresses fan service!

If you’re a loyal television viewer who has watched every single episode of this series so far (like me), we’ve probably got a lot in common. I like the show. I want to love it… but I can’t. After the passengers of Montego Air Flight 828 disappeared for five-and-a-half years and magically returned as if nothing had changed, I was intrigued with the premise (Manifest is Just Like Lost, But It Isn’t). And I’m guessing you wanted some answers for the cause of this mysterious event. You needed some hard truths, but all that was offered in return for your loyal viewing habit was complex, coded clues, vague answers and strange stories about a group of time-traveling survivors.

The first season felt like its canon was being made up on the fly (and that’s mostly true). My past complaints have been detailed (Unspooling the Mystery, Neverending Cliffhangers and Why Am I Still Watching Manifest?). Storyline details were tightened up for Season 2, but many of those initial viewers had already flamed out, much like the titular airplane.

If you’re still interested in how “it’s all connected,” you surely tuned in for “Tailfin,” Manifest‘s latest season premiere. An all-new character emerges from anonymity who will surely have a lot to do with the ongoing storyline (Angelina Meyer, played by Holly Taylor). Cal the Kid (Jack Messina) has gotten a little creepy with his infinite wisdom at age 13. He’s still the smartest (and most important) character in this series, but he didn’t receive the lion’s share of the episode’s attention. Death dates are no longer non-negotiable and the druggies are back from the brink, surely bringing the dark shadows (and ill intentions) with their Callings. And after the Big Bad of Seasons Past was killed off, The Major’s daughter has brought clues to the family, while also seeking answers for her whereabouts. But let’s get back to that fan service proposition.

“The entire way I thought our world worked has been flipped upside down. Maybe it’s time I started believing…”

Much like the serialized storytelling of LOST, this episode presented a popular fan-inspired conspiracy theory: These survivors are already dead. I guess it’s only a matter of time before we uncover the truth of the showrunner, or if that’s just yet another red herring presented to keep viewers guessing the show’s ultimate answers. I like the theory in general, but if true, it makes watching future episodes a waste of time, as the mystery has already been resolved (but not in real time).

Did these characters actually die and somehow get resurrected? Is there a higher calling involved that somehow needs these people alive? Has Showrunner Jeff Rake plagiarized J.J. Abram’s playbook, word for word?

“I think the universe is telling us to pack it up…”

After an airplane part is removed from the ocean that looks exactly like that of Flight 828, has all of this storytelling been for naught? Is it possible all of this is taking place in Purgatory or an alternate dimension? I guess we’ll have to wait and see, but throwing that theory to the wall to see if it sticks sure feels like shenanigans are being declared and it’s all downhill from here. Sometimes (but not always), fans can write better storylines than the actual filmmakers of their favorite programs.