My Guilty Pleasure: I Still See You 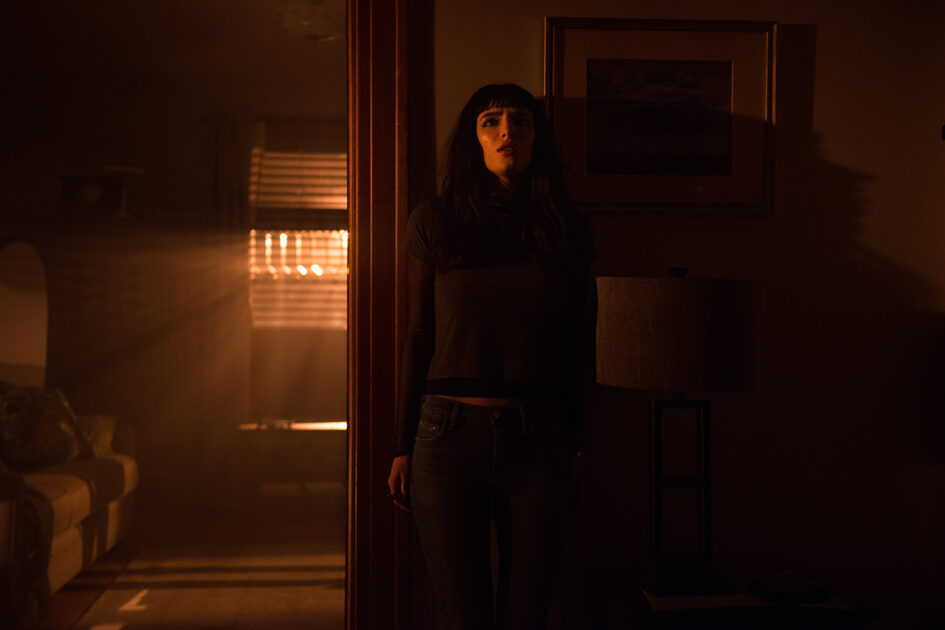 Per Matt
What happens when you pair an attractive actress with a convoluted, over-complicated premise that speaks way over the heads of its intended audience? It’s simply the next stop on this My Guilty Pleasure train ride… all aboard!

After some government lab involving an advanced energy research program (whatever that is) produced a catastrophic meltdown event, an energy wave was released, killing millions of people. Ten years later, the survivors are still haunted by The Event, as a piece of those dead people still linger in limbo. These remnants, or “rems” as they’re called, repeat their last human actions in loops, much like real-life residual hauntings. Through some spectral transference hocus pocus, they have evolved. Naturally, Goth girl Bella Thorne takes notice. Is she chasing a ghost? Is it a killer… or is it somehow a ghost killer? You’ll have to watch this one to find out!

I Still See You offers up Truther conspiracy theories, a no-go zone, panic rooms, unnecessary plot twists upon more plot twists and under-developed characters. Sounds like quite a combination for a killer storyline, right? This is a PG-13 horror movie without any sort of scares, a thriller without any plot device remotely exciting and supernatural elements that the filmmakers can’t be bothered to explain. It all boils down to an unusual high-school romance between sensitive high-school students with unresolved daddy issues, featuring the skimpy wardrobe selections of one Bella Thorne.

“The truth can be an awful burden.”

This was actually my introduction to Bella (Where have I been?). A quick wiki search explains it all. After appearing in a variety of short-lived TV series, the actress grew up on the Disney Channel alongside Zendaya. I don’t usually watch Adam Sandler movies or the Chimpunks films, so I missed her there too. And I probably missed her in the Scream TV show as well. It seems her biggest credit to date is The Babysitter on Netflix (see our Haunt Life horror review). Also noteworthy is her recent costumed performance on The Masked Singer and her Pornhub directing debut. Someone really needs to get a better agent.

OK, now I don’t feel bad for being so out of the loop regarding the actress.

I Still See You is the big-screen adaptation of Generation Dead Author Daniel Waters. His novel, Break My Heart 1,000 Times doesn’t feature any vampires or Zombies, but it does include moody ghosts. I Still See You was not a successful film, so don’t feel bad if you happened to miss it, only bringing in $1.1 million at the worldwide box office (which includes an unheard of $1,359 nationwide total!!!). That might seem unusually harsh… until you actually watch the movie.

I Still See You feels like it tried to copy the success of I Know What You Did Last Summer, if you can remember that late-’90s flick. Craft a horror film around a pretty actress wearing next to nothing and the story will write itself. Except neither one really developed an exceptional storyline, while Last Summer did make money (and a sequel). The same can’t really be said of Bella’s big-screen career so far, although she did appear in a Babysitter sequel that’s currently in post production, soon to appear in a streaming service near you!