The Magic of Marvel Movies 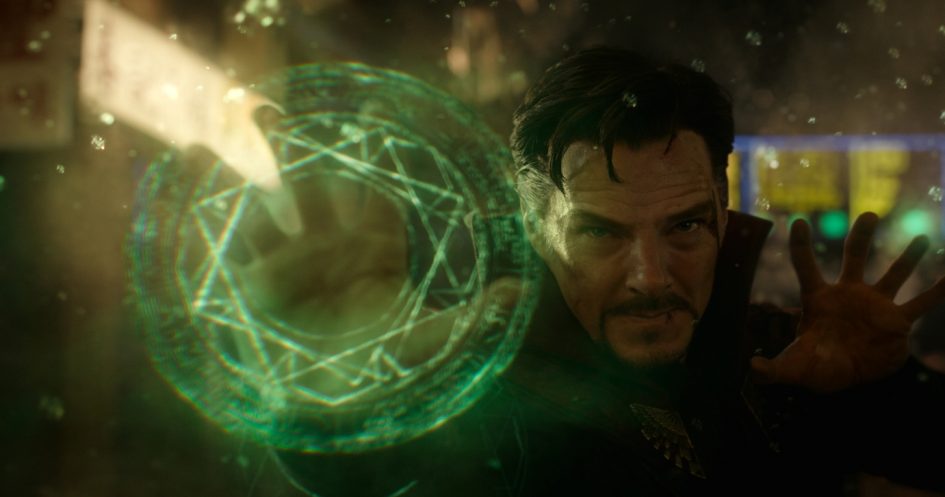 As Phase 3 unfolds for the Marvel Cinematic Universe, the superhero movies that were once grounded within our own reality take a new direction. With the introduction of Doctor Strange, filmgoers take a trippy adventure exploring alternate dimensions through magic and mysticism.

Dr. Stephen Strange (portrayed by Benedict Cumberbatch) is an arrogant neurosurgeon who puts Tony Stark to shame. (I can only imagine the witty back-and-forth dialogue that will ensue once these two characters meet on the big screen for Avengers: Infinity War.) After being crippled from a serious car accident, his path leads to Kathmandu and the teachings of The Ancient One (Tilda Swinton). There, he’s introduced to an unknown world of mysticism and unwillingly gets enlisted into protecting his reality from unknown dark forces. This time around, the Big Bad (Dormammu) is an evil, disembodied entity that lives in another world (the Dark Dimension), who receives supernatural powers through the zealots who follower him.

Actually, that summary seems very familiar… as fans of Harry Potter can attest.

Going into the movie, all my previous knowledge of the character came from playing the two incredible Marvel Ultimate Alliance video games. This psychedelic origin story has plenty of vivid visuals that makes watching the movie in IMAX 3-D totally worth it. But after the movie’s premiere (which I estimate will make $100 million within the first weekend), the Marvel movie faces stiff competition from Fantastic Beasts and Where to Find Them. For the very first time, a second-tier superhero’s introductory movie may not break the bank.

As with Guardians of the Galaxy and Ant-Man, Marvel Studios took a huge gamble by featuring lesser-known characters in film roles in off-beat genres that paid off huge dividends at the box office. But neither of those financial risks faced an already-established tentpole franchise (and one that was filmed within the exact same category: fantasy). For 13 movies, Marvel Studios has had a license to print money, breaking many different box-office records in the process. But now, that record might be at risk.

Director Scott Derrickson, best known for Sinister, Deliver Us From Evil and The Exorcism of Emily Rose, does a remarkable job of balancing childlike humor at times throughout this experience, but it’s more than a little strange for a well-known horror director to venture into the unknown territory of superhero movies so successfully. The pre-release buzz reported he would bring a darkness in tone to the MCU that had never been seen before. While that simply isn’t true for the movie, it does lay the groundwork for future Marvel movies. In fact, just imagining a rogue serial-killing sorcerer in future sequels actually sounds like the movie he was born to direct. Make it happen, Kevin Feige.

And, as always, make mine Marvel!