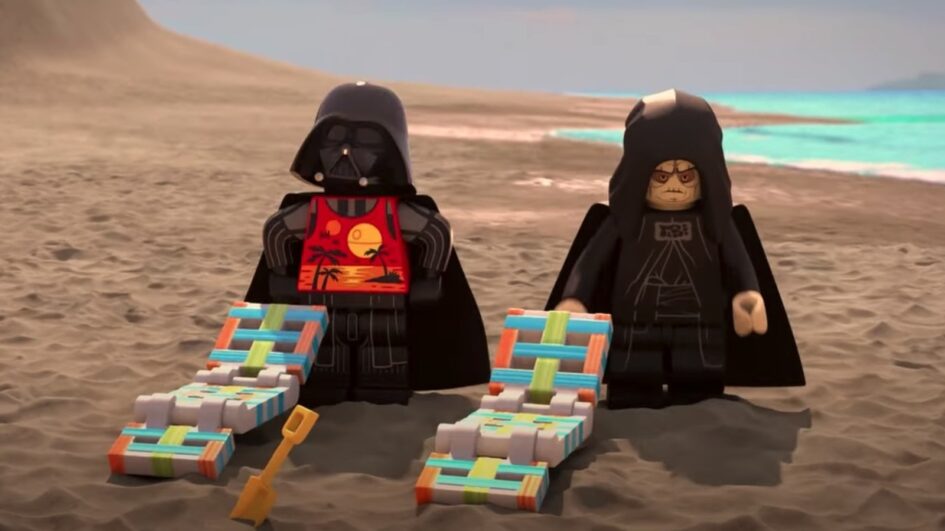 The storylines of the Lego Universe are usually pretty fun, adding a new layer of depth to the overall Star Wars Universe.

This year, the masterminds behind the Holiday Special and Terrifying Tales have rounded out their first trilogy. Lego Star Wars Summer Vacation is a romp through the post-Rise of Skywalker universe in another anthology, much like Halloween Special. Having no more issues with the First Order, Finn (Omar Miller) books a trip on the Galactic Starcruiser, the Halcyon, for himself and his friends: Poe (Jake Green), Rey (Helen Sadler), Rose (Kelly Marie Tran), Chewbacca, BB-8, R2-D2 and C-3PO (Anthony Daniels).

Once onboard, the team splits up to explore the amenities, much to Finn’s disappointment.

However, Finn soon meets the Force spirits of past Jedi. Obi-Wan Kenobi (James Arnold Taylor) regales him with a tale when he had to sneak into Jabba’s Palace to steal some coaxium during the giant slug’s birthday party. Finn is then treated to a story from the spirit of Anakin Skywalker (Matt Lanter).

Through these stories, Finn finds a way to have fun onboard the Halcyon with and without his friends. 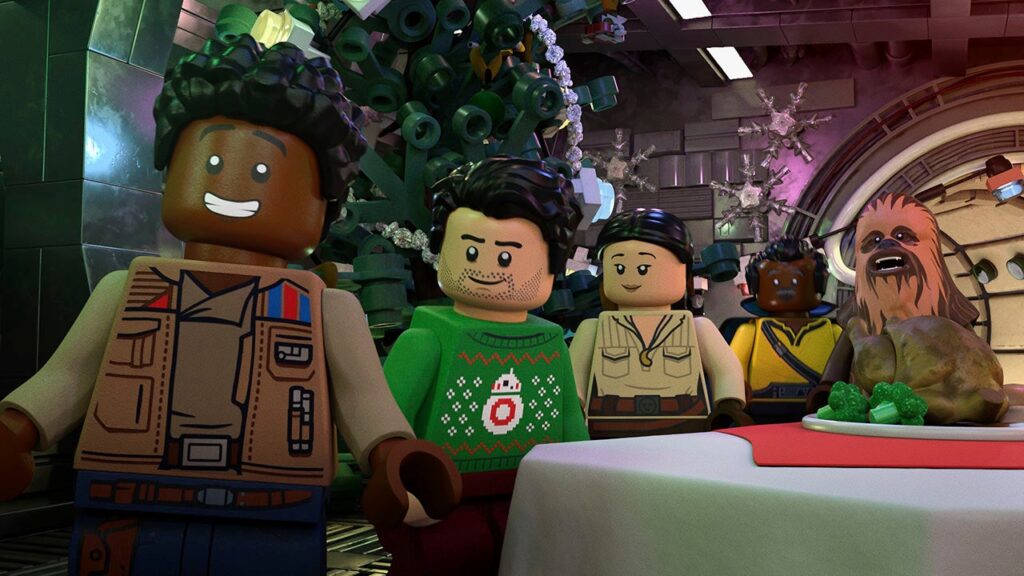 The first thing that hit me about Lego Star Wars Summer Vacation was the Halcyon.

In 2021, Disney opened the first fully immersive Star Wars experience in Florida called Star Wars Galactic Starcruiser. Guests can enter the world of Jedi and the Force, staying in a hotel themed like a spaceship. Of course, the name of the fictional starship is the Halcyon. While I have not been on this experience — The price is just ridiculous! — the videos I have seen on YouTube very closely match the shots in this new film. It almost feels like this special was being used to sell tickets for the Orlando attraction.

Unfortunately, the real-life Halcyon does not feature a giant hologram of Lando Calrissian (Billy Dee Williams) like its Lego-world counterpart. Maybe the House of the Mouse will fix that oversight soon.

Lego Star Wars Summer Vacation has a lot of jokes and Easter Eggs sprinkled throughout its 45-minute runtime. While it is geared mainly for kids, it’s got just enough inside jokes and cameos that adults will find something to like, as well. The voice actors did an amazing job. My favorite, though, was Matt Sloan as Darth Vader. He was the mind behind the YouTube series, Chad Vader, a comedic view of the character, as if he existed in the real world. He plays the role perfectly.