What We Learned From Season 1 of Preacher 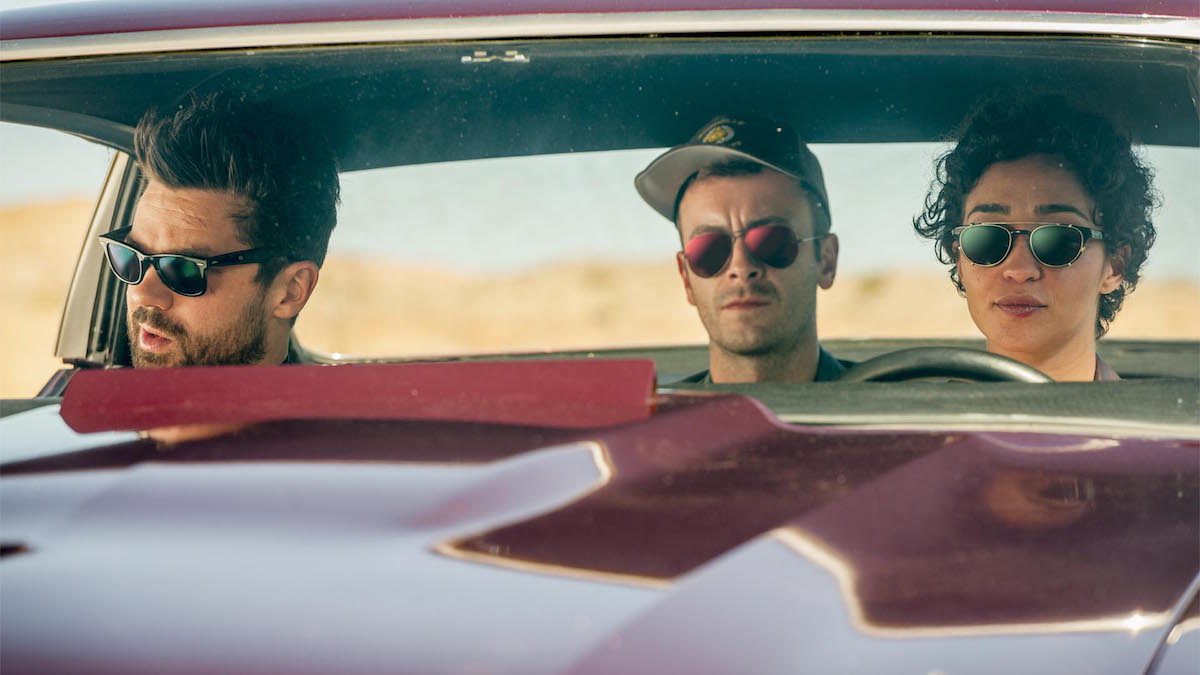 Everyone’s got their own demons to hide… figuratively, as well as literally, in the small town of Annville, Texas.

Preacher, the quirky supernatural drama, fantasy, horror and action TV series based on the Vertigo comic books, published by DC comics and airing on AMC, is difficult to sum up into only a few words, but this description pretty much hits the nail on the head.

Angels, demons, beings with god-like powers, a phone-line that connects directly to Heaven, The Saint of Killers and a vampire. Preacher definitely has some colorful characters. But what may outshine all the other great elements of the TV series: Its incredible casting choices! More likely than not, you’ll recognize many of the main actors from other pop-culture characters, which helps ease the audience into the storyline, should they be new to source material.

The pilot was ambitious, if a little slow, but showed tons of promise. Season 1 seemed to have an over-arching theme of misunderstanding, or at least finally coming to terms with identifying the different personalities surrounding Jesse Custer. Now that the morally ambiguous lead character seems to have finally realized what kind of people surround him, how will he react to that revelation?

After binge watching the complete first season, there’s a few things that are necessary: Expect the unexpected (these characters are far from stereotypical), turn the closed captions on while you watch (there’s plenty of inaudible dialogue that’s mandatory for the story being told onscreen) and prepare for many different vivid images, violence and sometimes a mindtrip.

Multitasking has got nothing on Jesse, who seems to be constantly dodging multiple people throughout the first 10 episodes. Whether he’s on the run from the local sheriff (for sending his son to Hell), or he’s dodging a pair of Adelphi angels who want to put Genesis to bed, trying to outsmart the Seraphim, or he’s dodging an actual war with Quincannon (who’s trying to tear down Custer’s church), drama never seems to end for the Preacher. Romance is also in the air, as a love quadrilateral hovers around Tulip, Jesse, Cassidy and Emily, although none will admit how complicated the situation really is. There’s also a juxtaposition of an odd Western backstory that really isn’t explained until the season finale, but will loom large in Season 2.

Here’s what we know about the main characters, so far:

As a series, Preacher’s story was slow to start, but once it got moving, there was no looking back as it bolted out of the gate. This may have happened because Rogen, Goldberg, Catlin, et al. were still trying to figure out how they wanted to tell their stories. What may have actually been the truth is that they — like the others before them — didn’t really know how to adapt the violent Vertigo comic book stories for television.

As with Sausage Party, Seth Rogen and Evan Goldberg have gone WAY outside their usual drugs-and-slackers storyline genres and have really outdone themselves. As with any successful binge-watching session, we wanted to see more episodes by the end of the season! Wrapping up the first season, a methane reactor ignited and Annville was wiped off the map. Season 2 promises to be a road trip of sorts, as Jesse, Tulip and Cassidy hunt for the truth about Genesis, while trying to find God.

We didn’t really see a ton of advanced publicity for the TV series before it actually arrived, but airing during the mid-season break of Fear the Walking Dead was VERY smart programming on AMC’s behalf. The series has already been renewed for a 13-episode second season to air in 2017 and we cannot wait to see what happens next for these great characters. Hopefully, they will have many more misadventures together.