Clues are Unearthed, But Still No Lost Gold of the Aztecs 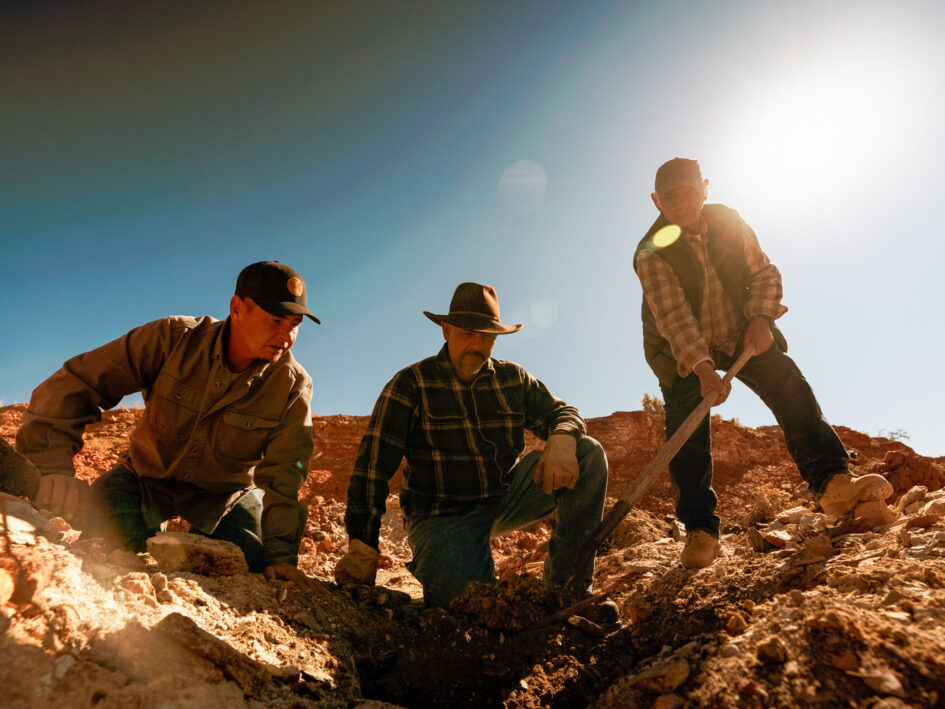 Patience is a virtue. Uncovering clues takes time and deciphering them can take even more! As three teams attempt to locate a mysterious treasure that’s seemingly always out of reach, I’m left wondering where is the Lost Gold of the Aztecs?

After the groups located out-of-place symbols, uncovered an unknown gravesite in the middle of nowhere and faced threats of radiation, as well as possible poisonous gases, what ELSE are these people supposed to do while searching for something that they know exists, but they can’t find?

The Villescas crew uncovered a 600-lb. rock which hid an empty chamber under multiple layers of dirt, possibly from hundreds of years ago. Could this be a Spanish vault found deep underground? After bringing in a team that created the world’s smallest GPR-drone that hopes to be used on future moon missions, multiple dig sites are revealed, which may provide them a buried treasure!

The Hoagland-Hegg team built a ventilation system in order to make their mine breathable, and promptly drilled strategic locations for blast caps, hoping to explore a void behind a cave wall located by GPR technology. Four-hundred-feet underground, they locate a three-way intersection in this tunnel system, with the help of low-impact explosives.

Team Dillman set up a camera in order to explore a bore hole and find what could be a collapsed tunnel. While using heavy machinery, they triggered a water trap (much like what’s been found in The Curse of Oak Island). This family’s been searching for an enormous treasure for 55 years, so waiting a little bit longer doesn’t seem like a problem for them.

“If we just did what I think we did… we’ve got a major problem.”

I’ve enjoyed watching each of these three teams work around and through puzzles (sometimes unsuccessfully) through this show’s first season. While I’m hopeful they find something, I do understand this is reality television, after all. Not everything is as it seems through the camera.

Cave-ins and a lack of oxygen are real-world problems, in addition to radiation sickness. I hope none of these treasure hunters suffer from these ailments, but I’m realistic to understand each previously mentioned scenario makes for great TV!

Season 1 of History’s treasure hunt has held my attention for the duration. Initially, this program felt like a game show, although it definitely gets its inspiration from The Curse of Oak Island. While I have absolutely no idea if any of the three teams will find what they are seeking, their journeys are definitely interesting to watch.

I want each one to discover past stories that may not be universally known. I want each one’s failures to build toward even greater successes. And I want each team to build onto that knowledge to actually find something in the near future, making these journeys feel worthwhile.

I’ve enjoyed what has been shown, already. I’m just hoping something substantive will be unearthed sometime relatively soon, so these searches for buried treasure don’t become an immediate lost cause. Season 2 looms large!