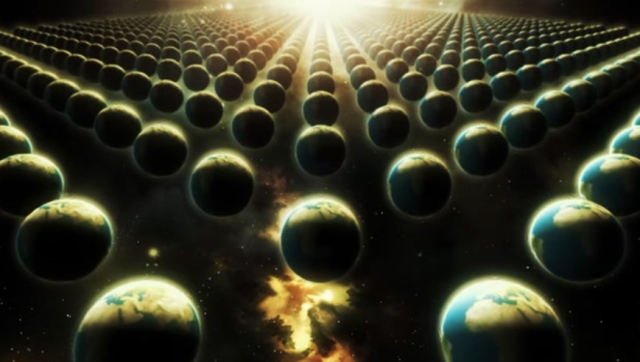 Per Ralph
The Marvel Universe is a broad canvas, upon which the vast Marvel cast of heroes and villains have adventured for the last 75 years.

But how many universes are there in the Marvel Universe?

The multiple Marvel universes will be brought together into one big universe in Marvel’s 2015 mega-event, Secret Wars. The ’80s classic pitted most of the major heroes and villains of that day against one another on a far-away planet, Battle Royal style. The new Secret War has entire Marvel universes trying to occupy ONE world, Battleworld. Rather than speculate on what is to come, let’s take a look at the combatants, er, I mean the various Marvel universes.

The Marvel Universe, originally from comic books, beginning in 1939, is designated as Earth-616. These are the original comic-book stories, dating back to Captain America, through the Silver Age explosion of the Fantastic Four, Spider-Man, the X-Men and The Avengers, all the way to present-day issues. Most of Marvel’s continuity stems from this universe.

Earth-616 includes pocket dimensions, such as the Heroes Reborn universe from the ’90s. Franklin Richards, son of Mr. Fantastic and the Invisible Woman, placed a bunch of Marvel heroes there when they seemingly died at the hands of Onslaught, only to have the heroes re-emerge months later. There are many other sub-dimensions within Earth-616, including the Mojoverse, Nightmare’s dream realm, magical dimensions and many more.

The series What If? explored parallel universes. Stories such as, “What if the Fantastic Four had not gained their super powers?” (Earth-8212) or “What if the Avengers had never been?” gave the readers glimpses of these alternate worlds, where a simple twist of fate holds great ramifications for that entire universe. With each story published, another universe created.

But don’t get the main comic-book universes confused with the most widely viewed universe, the Marvel Cinematic Universe, Earth-199999. This is the shared universe of the movies and television series, gaining momentum with the Robert Downey, Jr. / Jon Favreau Iron Man film, through to the upcoming Ant-Man movie, television’s Agents of SHIELD, Netflix’s Daredevil and the much-anticipated Avengers: Age of Ultron. While they bear many similarities to their source material, they have many distinct differences from comic-book continuity.

To add more confusion to this motion-picture fray, don’t mistake Earth-199999 for the cinematic universes of the Tobey Maguire Spider-Man films or the separate Andrew Garfield Amazing Spider-Man universe. These two are also separate from the X-Men movie franchise, which is also separate from the Fantastic Four series, the original and the upcoming reboot. I haven’t even mentioned the multiple animated-series universes.

There are an infinite number of Marvel universes, too many to count. We will see who and what remains as the Marvel Universe in the aftermath of the Secret Wars.

Special thanks to The Marvel Comics Database and Wikipedia.