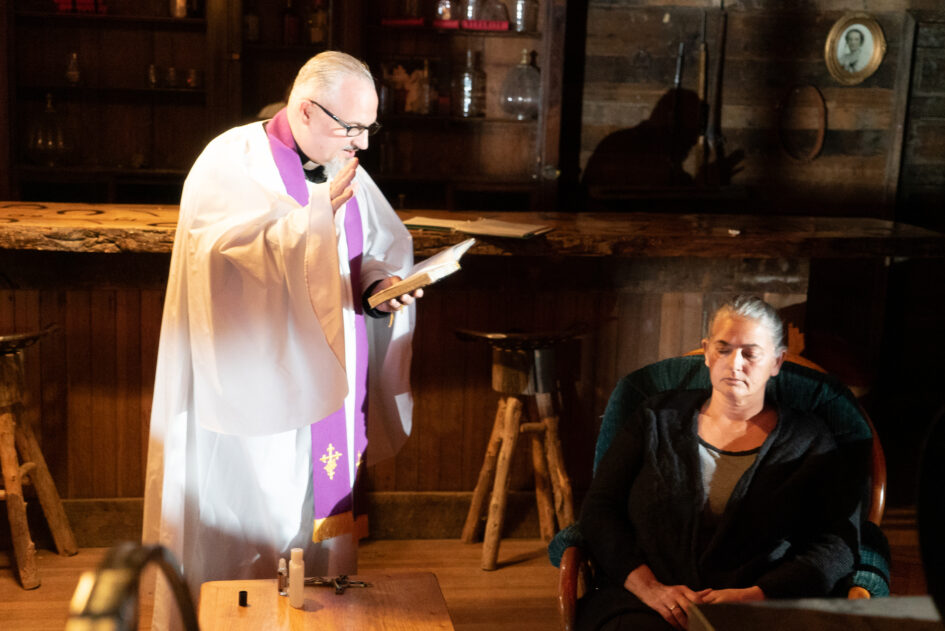 Father Ross reads scripture to Karen and prays over her in The Ghost Town Terror. Photo Courtesy: Discovery.

Online shopping is easy. It can be addictive at times. But what happens when a family seeking a change of scenery is drawn to an online advertisement featuring 19 buildings on a 52-acre ranch in Anaconda, Montana? They become the new owners of Gunslinger Gulch, unaware of the otherworldly presence that already resides there.

Three years later, the Broussard family’s development of the property has stalled, and a paranormal group has been dispatched in hopes of seeking answers (and maybe a peaceful night’s sleep for all involved). This is The Ghost Town Terror.

When this series opens, very little background of the property (and its owners) is given. The viewer is unsure what, if anything, the family members are hiding, but something sure seems strange there. Reports of scratching, shadow figures appearing, items moving and doors opening and closing by themselves are constant. At the very least, the Broussards feel unsafe as the truth is unpeeled.

Each of Gunslinger Gulch’s buildings were previously abandoned, salvaged from a variety of local communities. Paranormal investigator Tim Wood and paranormal researcher Sapphire Sandalo have teamed up with psychic medium Sarah Lemos to uncover the ranch’s lost history, as well as connections to unsolved murders, demonic entities and a white witch. This is one online purchase that really caught my attention!

Isolation horror has long been an effective storytelling tool. Back in the day, mining towns were scattered about the country and the West was wild, usually including a dark history. In this ghost town, suicidal thoughts, unhappy personal experiences and a negative energy targeting women seems to be the terror on display.

I’ve always been a fan of real-life ghost towns. In the past, I’ve visited a few during my journeys out West, but never one that was haunted (that I know of). That element of the storyline is cool, but the biggest factor drawing me into this show was Sapphire.

For a long time, I’ve been a fan of the biggest personality on Paranormal Caught on Camera — it’s just too bad she’s all business in this show. While Sandalo’s past paranormal encounters have mostly involved being a historian and a podcaster, she holds her own here with an unwelcome presence. Maybe this can lead to bigger things down the road, once this series ends. 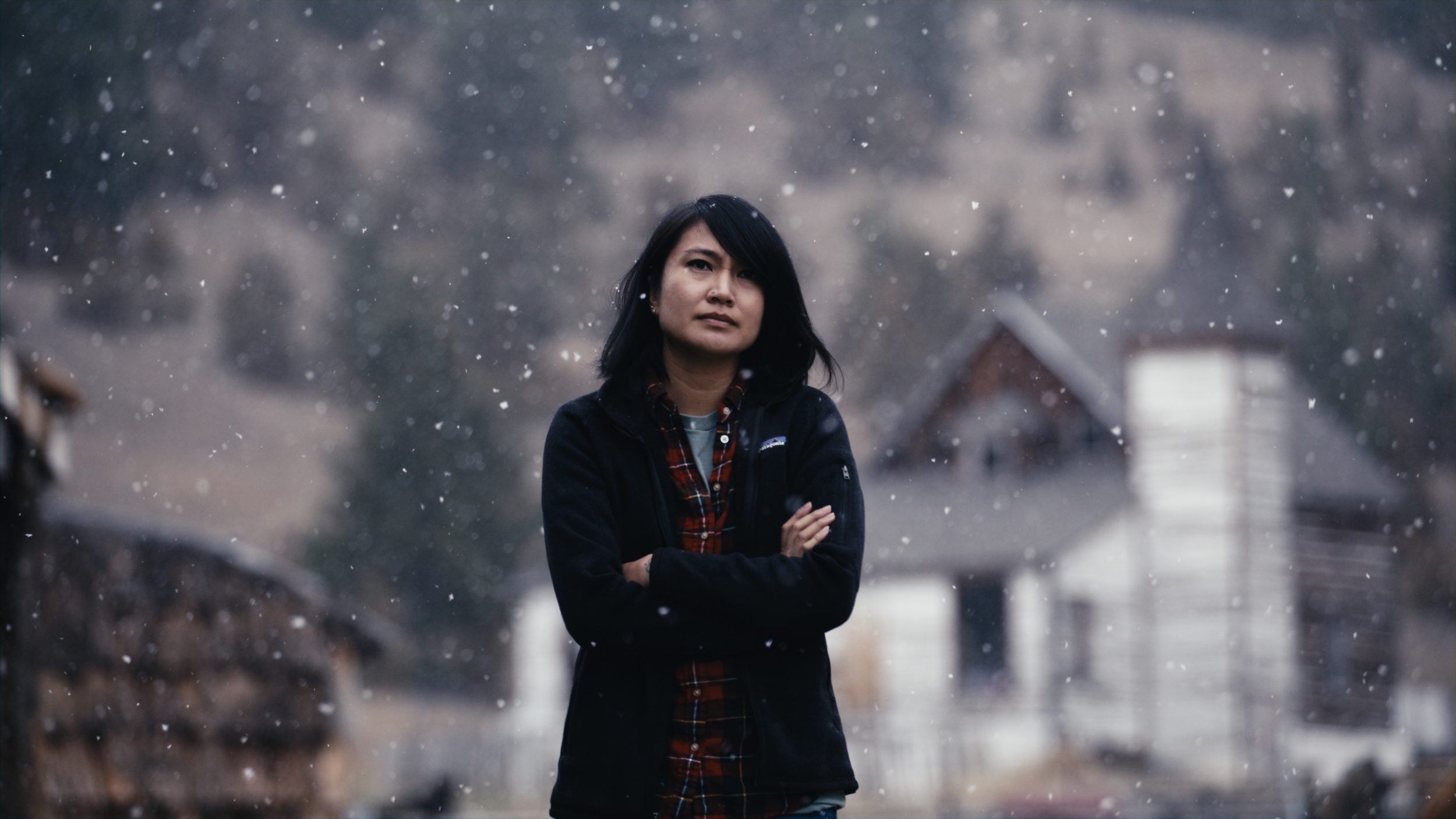 Beforehand, I didn’t quite realize this was only a six-episode limited series, but after watching half the episodes, it’s safe to say the show’s quality is better than many others that have received multiple seasons.

“This is a series that’s going to hook you until the very end,” said Matthew Butler, general manager, Travel Channel & Paranormal Streaming Content. “Told across six episodes, it’s an incredibly complex paranormal investigation and dark mystery that starts out as one thing and becomes something even bigger, all while transporting viewers to a real guest ranch in the heart of beautiful Montana.”

I’ll never be a fan of very shaky cameras and strange angles used by handhelds, but filming with a night vision camera seems to be the norm these days. There’s also a lot of interpretation involved when it comes to EVPs (I tend to disagree about the findings on many occasions) and I’m always skeptical about the “proof” of paranormal investigators, but it really seems like this team has actually discovered something sinister.

A mummified cat is found that could be symbolic of a demon and looking toward the season finale, Wood’s colleague, Scott Di Lalla, arrives to help the crew, and a priest is brought it to exorcise the dark presence.

The truth is out there, somewhere, when it comes to unscripted reality shows, but I actually enjoyed this one.