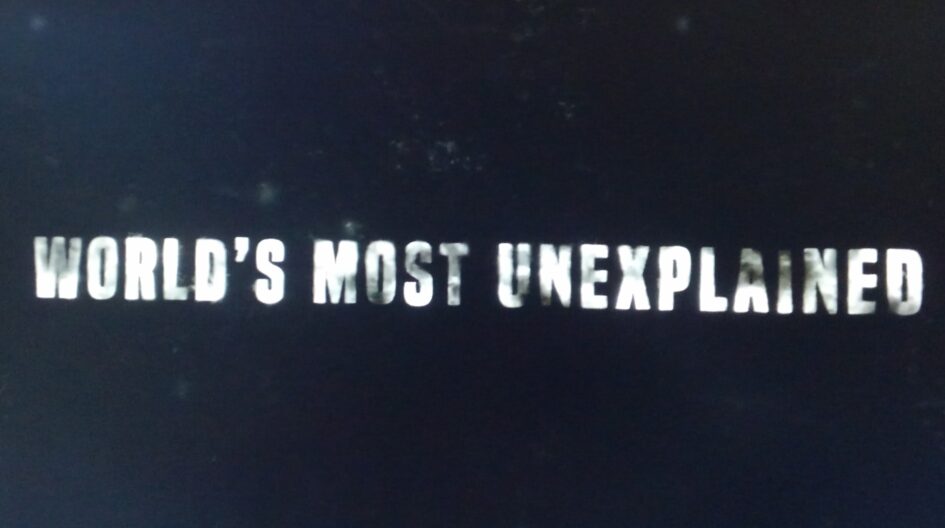 When you look back to particularly weird situations in your past, moments when you might have had bad feelings about something about to happen, when a pain aches in your gut, telling you not to do something… you really should act onto those feelings. Strange situations and ultimately horrible disasters are unpredictable, but sometimes they might proceed brief premonitions. World’s Most Unexplained explores some of these moments of true terror.

Premiering during Ghostober on the Travel Channel, this reality TV show explores distinctly different situations through the first two episodes. In the series premiere, the most haunted and dangerous hotel in the world is explored: Hotel Cecil. Tales that were ripped from the headlines depict the haunted history of this location, which is remarkable. Somehow, the hotel actually has a niche for tragedy and desperation throughout the years. It doesn’t help that it’s found along skid row near downtown Los Angeles.

One of the most unusual cases includes an international student staying there exhibiting bizarre behavior that was caught on an elevator camera. Some people believe that she was participating in a paranormal urban legend, possibly provoking evil forces. After being reported missing, her lifeless, nude body was found inside a huge rooftop water tank, which remains unsolved to this day. Murder tourism is a real thing today, and there’s plenty of tourists who flock to the Cecil hoping to experience something supernatural.

What’s in a number? Would you believe there have been multiple airplane crashes (and many, many deaths) attributed to the numbers 191? To some, it’s simply superstitious and maybe they’re right. But to others, some of the worst aviation disasters in the United States have been attributed to that flight number, many caused by undetermined circumstances. While many flight numbers are often retired from the Federal Aviation Administration’s system, this one has somehow survived, wreaking so much havoc wherever it goes.

The best segment aired on the episode, “Coincidence or Curse?” It involved the husband-and-wife abductions of Betty and Barney Hill in 1961. Initially, they remembered seeing a bright light late at night while driving down a rural New Hampshire road, quickly leading to time loss. After experiencing a variety of unexplainable situations, the pair become two of the first people to recall their trauma through hypnotherapy. Eventually, their story gets leaked to a nationwide magazine, and unwillingly they bring science fact to what was previously perceived as science fiction. I’ve seen the fictionalized version of this story on various TV shows in the past, most recently it was portrayed on Project Blue Book. I really enjoyed this investigation, which included archive footage and actual audiotapes of the hypnosis.

The public loves a mystery, but people really seem to flock to out-of-this-world unsolved mysteries.

Obviously, the show pairs well with Paranormal Caught on Camera, Doomsday Caught on Camera, as well as the many other paranormal options offered year round on the network. I’m sure there will be many opportunities to catch the show, but it’s definitely more fun to watch during the spooky season. You’ve been warned!