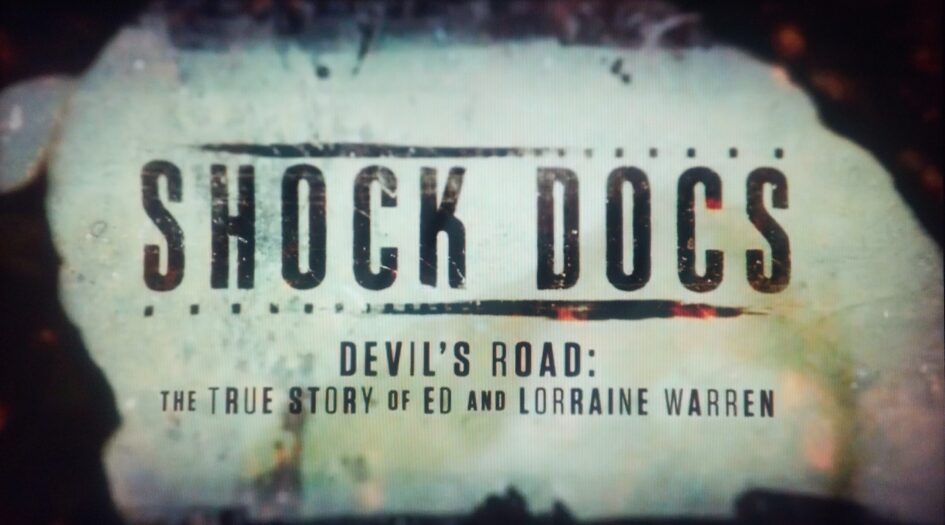 Per Matt
When you hear the names Ed and Lorraine Warren, what’s the first thing to pop into your mind? Is it something random from the The Conjuring Universe, by chance? Could it be their long history studying the spooky, while helping many people throughout multiple decades of work? What about all the critics who claimed they were frauds? All of these elements were present in their lives, as they were two pioneers of the paranormal world, blazing a trail for every modern-day ghost hunter out there. The spotlight shines brightly on this pair of paranormal investigators in Devil’s Road: The True Story of Ed and Lorraine Warren.

Brought to life as the Travel Channel’s very first “Shock Doc,” Devil’s Road includes archive footage, audio recordings, photographs and interviews with people who actually witnessed and worked with the trailblazing Warrens. Listeners to Coast to Coast AM will recognize their names quickly. He was a demonologist; she was a clairvoyant/psychic medium. Together, they were engaged in a never-ending war against evil who had a sincere desire to help homeowners and those involved with each unexplained incident.

The Warrens investigated the paranormal for 20 years before gaining some major publicity. You may have heard about some of their biggest cases, as each one was adapted to the big screen. The Amityville Horror, A Haunting in Connecticut and The Conjuring films (as well as their sequels and spin-offs) were adapted from their work cleansing houses of poltergeists, demons and the unexplained. And if necessary, they’d whip the local media into a frenzy in order to get the Catholic church involved with any necessary exorcisms (with the help of Cardinal Ratzinger — the future Pope Benedict XVI).

Along the way, the Warrens took every opportunity to bring their evidence to the doubtful public, from what looked like a locally produced public access show, Supernatural Tonight with the Warrens, to later producing their own TV show, Seekers of the Supernatural, as well as opening an occult museum available to showcase their work for all to see. Based on real-life events, this historical horror story describes the dangers and unintended consequences of exploring the unknown. The couple became pop-culture celebrities with the publishing of Amityville‘s novelization. The Warrens gave warnings not to dabble with occult practices, Ouija boards or psychic readings. Their recommendations really should be followed by everyone today, as their battles with dark forces were epic.

“Where psychic phenomena is concerned, we have never really met a true atheist in a haunted home.”

They risked danger and accepted public ridicule, all in the name of helping others. After being embittered within a national controversy, Lorraine even undertook scientific tests to prove her abilities, which revealed she was actually a “light trance medium.”

In their later years, they founded the first-ever Ghost School, which trained the Warren’s trade to would-be investigators. Jason Hawes of Ghost Hunters (and later Ghost Nation) fame, makes an appearance, as well as a couple of other researchers to comment on their work. The Warrens were exceptionally proud of proving that ghosts and haunted houses exist within a court of law, which was groundbreaking for ghost hunters everywhere. But more importantly, they were proud to have left a legacy of love for mankind.

Sadly, five years after suffering from a debilitating stroke, Ed passed away, while Lorraine lived on, continuing their work into her later years, eventually making a cameo appearance in The Conjuring. 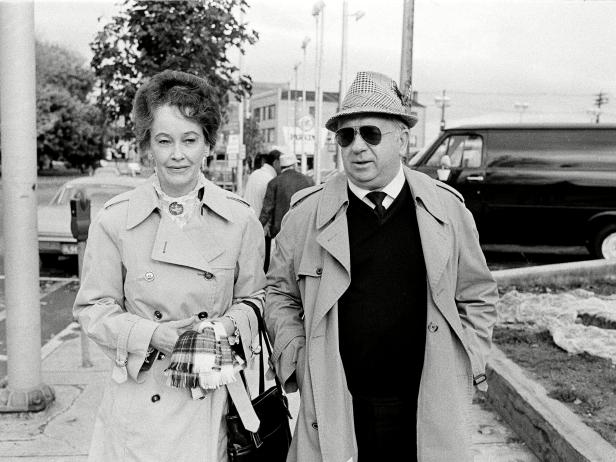 Having previously known a bit about the subject matter, I really enjoyed watching this documentary, although I would have liked to have heard a little more from the Warrens’ critics. Back in the day, not many people believed malevolent spirits were to blame for anything. While not much has changed into the 21st century, there are still doubters about the Warrens’ contributions and at some point I’d love to see a documentary only focusing on this topic. While that’s my only true complaint, it was interesting to see the Warrens using religious provocation as a means to their success. You could call them the reverse Ghost Adventures Crew, as that group has done nothing but become paranormal provokers for their look-at-me-I’m-famous TV audience.

If you didn’t previously know anything about the Warrens, definitely look up their wiki page and if you catch this great documentary, watch it on the Travel Channel or on demand so you can lean the influences of today’s ghost hunters, who seem to pop up onto every single TV channel imaginable in October.