Gearing Up for Halo, the TV Series 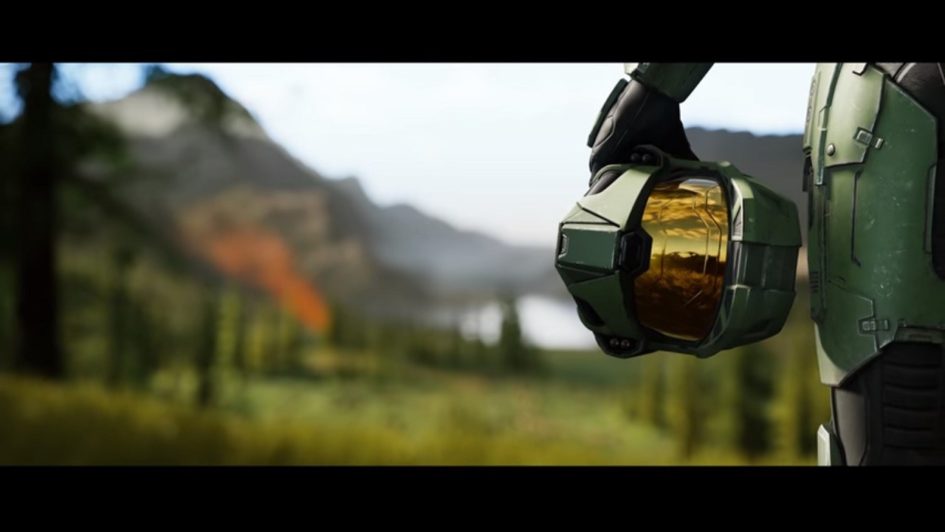 I still remember when Halo 2 came out. I was working at EB Games at the time and we had a midnight launch for the title. I had played Halo with many of my friends, at many of their houses. We would system link our Xboxes and trash-talk our friends playing on the opposing televisions. Halo was the biggest thing to happen to first person shooter games that you played at home with friends since GoldenEye 007, but I still didn’t realize how popular the game was. That night, at EB, we had a line out the door for gamers who had pre-ordered Halo 2. The fans are always looking forward to the next installment.

Halo fans are ever-eager to dive back into the sci-fi universe of humans vs. aliens, whether that be video games or other media (I should know, I was working at Blockbuster when Halo 3 was released). Many fans are excited that we’re finally getting a proper Halo TV series on Showtime, which we should get to watch later in 2019. Kyle Killen (Lone Star, Awake, Mind Games) will be an executive producer. He will also be the showrunner and writer. Rupert Wyatt (Rise of the Planet of the Apes) will also be an executive producer, as well as director for multiple episodes in the 10-episode season.

Granted, 2012’s Halo 4: Forward Unto Dawn was released as a web series and only had a budget of about $10 million, a 2019 Halo series on Showtime could have a much bigger budget and special effects have grown by leaps and bounds since then. Although it’s speculated that gamers might eventually be able to buy the new episodes through their Xbox, this show might give many people a reason to finally subscribe to Showtime. Don’t get me wrong, I really like watching Billions, but a lot of their other shows — Homeland, Ray Donovan and Shameless — have been going for years and the network needs some new blood. There’s certainly nothing currently on Showtime that would make me want to subscribe to a premium channel the way I did for HBO during the months when Game of Thrones and Westworld were on, so I could watch those series week to week.

I know that Showtime needs a win, but I feel like President and CEO David Nevins might be laying it on a little thick when he said, “In the history of television, there simply has never been enough great science fiction. Kyle Killen’s scripts are thrilling, expansive and provocative, Rupert Wyatt is a wonderful, world-building director, and their vision of Halo will enthrall fans of the game, while also drawing the uninitiated into a world of complex characters that populate this unique universe.”

Has this guy never watched an episode of Firefly or Doctor Who? He does know that Amazon picked up The Expanse after SyFy cancelled it, right? We live in a world where Star Wars, Stargate and Battlestar Galactica exist. There’s plenty of great sci-fi TV out there. Rumor has it, we might even be getting Patrick Stewart back in a Star Trek series. Also, as a StarCraft gamer, I’d hesitate to use the term “unique universe” when describing a futuristic human military having to fight off two types of alien threats — considering the similarities between the two properties. But hey, it’s a good time to be a sci-fi fan and the new Halo series will be another positive addition.

Much like Forward Unto Dawn, it doesn’t sound like Master Chief will be the main protagonist. Although, I certainly hope he at least makes cameos — showing up like a force of nature to turn the tide of battle for the humans. The story might even focus on new characters who’ll make an appearance in the next Halo game, like the live-action 2014 Halo: Nightfall.

If actor Mike Colter looks familiar, it’s probably because you’re watching him play Luke Cage in Season 2 of the Marvel Netflix series. While they can always have the voice actor for Master Chief voice the man behind the helmet from a recording booth, it might be neat to see some of the actors from the other live-action iterations make appearances, like Mike Colter’s Agent Locke. After all, who knows what’ll happen to the Marvel Netflix shows after Disney gets its streaming service going. When asked on a Reddit AMA if there’d be a season 2 of The Defenders, Jeph Loeb (Head of Marvel TV) responded, “Not in the plans right now, but you never know!”

Whichever characters make it into the series, director Rupert Wyatt is talented at developing different characters that may become at odds with each other. Those who’ve watched Rise of the Planet of the Apes — with James Franco, his family and Andy Serkis as Caesar — are already well aware. I, however, am familiar with Wyatt’s directing of the pilot of Turn: Washington’s Spies. He was able to humanize both American and British characters; making them complex, deep and sympathetic. I’m sure that if the Halo series decides to follow members of the aliens in the Covenant, I know that the director would do a fine job of juxtaposing them against the human characters. I kind of hope we get to follow one of the Elite, like the Arbiter in Halo 2.

With the other alien threat of the Flood infecting any living creature in the galaxy and turning them into Space Zombies, the series could take place anywhere and have a good threat to fight. My friend Matt (not to be confused with our editor) told me he’d read a Halo book of short stories while we sitting in the theater the other day, waiting for the hilarious and enjoyable Ant-Man and The Wasp to begin. One story, which sounded scary, had a group of Marines check out a derelict ship, only to encounter the Flood. There was also a member of the Covenant and became an Alien vs. Predator type of situation. That kind of story could make for a scary episode. Speaking of aliens and covenants, if Disney stops making Alien films once they acquire the property with their acquisition of Fox, then it’s good to know that a Halo series could still show sci-fi fans that kinda sticky situation.

If the series follows a few main protagonists, it could tell all sorts of stories in different episodes, like Halo: Legends.

Whether the series follows just a few characters or many more, the showrunners have a rich roster to choose from, especially considering the additions in recent games (Halo 4 and 5). There are also plenty of stories to pull from. I know some fans are partial to the story in Halo 3: ODST. The series could also take us to some of humanity’s first encounters with hostile aliens, like in Halo: The Fall of Reach.

Wherever the Halo series decides to go, I’ll be tuning into Showtime to find out.