The Tick’s Strength of Characters 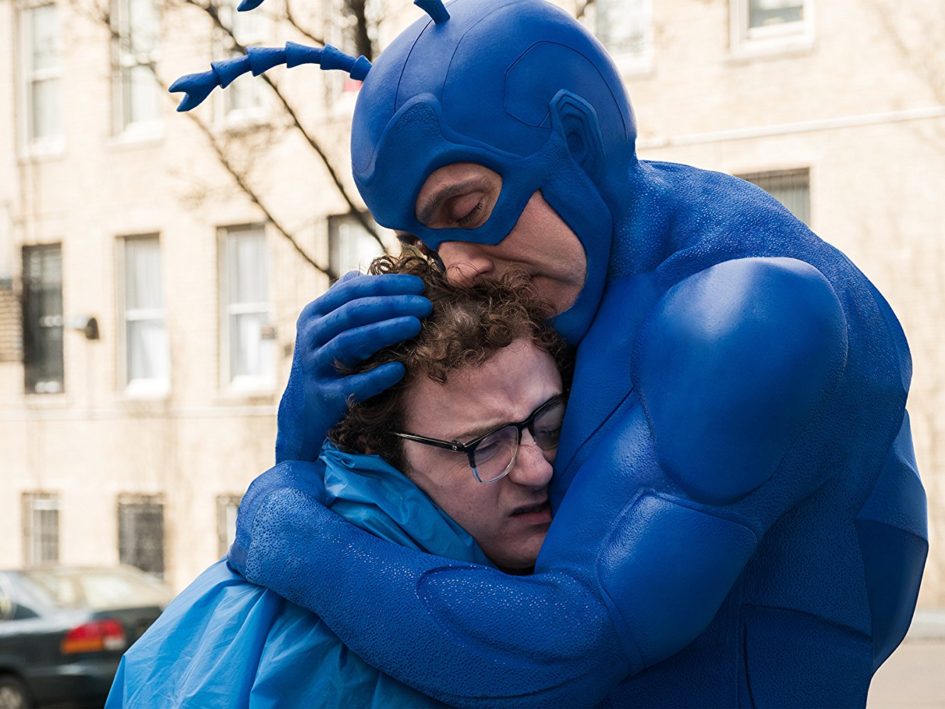 More superhero shows should be as enjoyable as The Tick. It’s light and funny, without being too goofy. It has some great fights and action scenes, which are always important to a superhero show. Its narrative is tight and compelling, so its story never gets mired down like some other superhero shows, so episodes can be watched in digestible pieces or binged all at once. I watched all 12 episodes –both parts of Season 1 (The part one review) — in about two days while house-sitting for a family friend.

When the pilot for the new series of The Tick premiered in Amazon’s 2016 pilot season, along with a bunch of other pilot episodes for new Amazon shows, I was initially against the series. I remembered the previous live-action series of The Tick, which starred Patrick Warburton (best known for his role on Seinfeld playing Elaine’s boyfriend, David Puddy; he also voices Joe on Family Guy). I thought that if they were bringing back The Tick, he should reprise the role.

But in the recent tradition of U.K. actors playing iconic U.S. comic characters — Christian Bale as Batman, Henry Cavil as Superman, Benedict Cumberbatch as Doctor Strange, Andrew Garfield AND Tom Holland as Spider-Man (come on American actors, get it together!), Aaron Taylor-Johnson as Kick-Ass and the list goes on… the role of The Tick went to Peter Serafinowitcz. However, he does look the part and gets the superhero’s mannerisms right. He also pulls off a great American accident, which is really weird to listen to, considering how thick his British accent was while playing Nova Corps member Denarian Saal in Guardians of the Galaxy. We’ll have to see what kind of accent he uses when voicing The Screenslaver in The Incredibles 2.

But the show doesn’t just focus on The Tick. The narrative mostly focuses on his friend and sidekick, Arthur. Arthur is an accountant who comes into possession of a super-suit with different gadgets, including wings that give him the ability to fly and makes him look like a moth. This mild-mannered reluctant hero is the lens that the audience comes to view this crazy but realistic world of heroes and villains. We feel for this poor guy. We wonder what we’d do if we didn’t have superpowers and destiny called our names to become a hero. There’s actually a great plot thread in the first part of Season 1, where the stress seems too much for Arthur. He develops a spasm in the form of a facial-eye tic and how that might relate to the hero: The Tick. I don’t want to spoil anything, but I found this minor detail brilliant, as it makes the viewer question everything in the first couple of episodes. 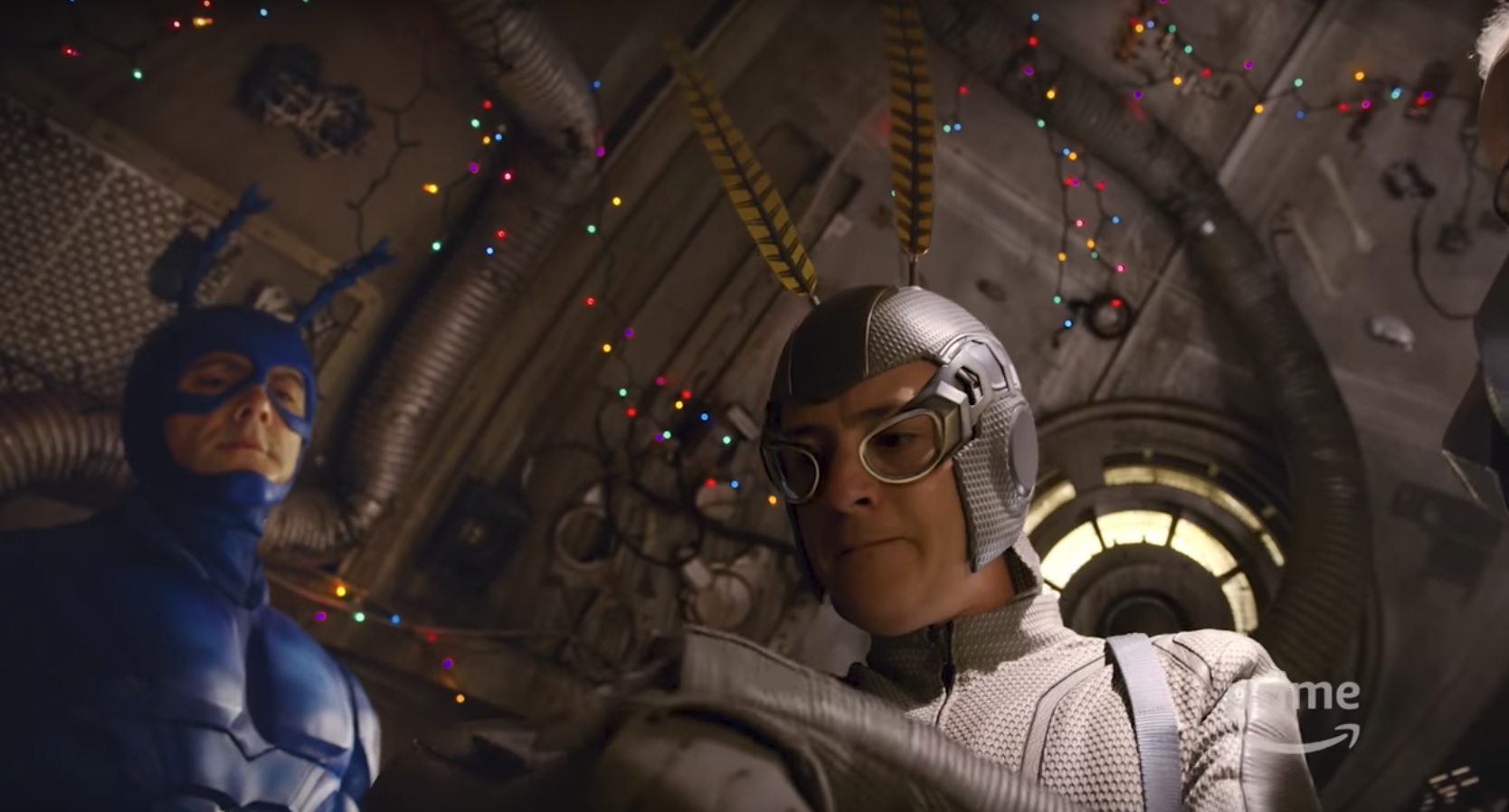 Arthur is also a bit of a conspiracy theorist. He hypothesizes that the supervillain know as The Terror, who killed Arthur’s dad when he was a kid, is still alive. The Terror is played to perfection by Jackie Earle Haley, who played Rorschach in Watchmen and Odin Quincannon on Preacher. The villainous mastermind, with his odd tenancies and love of the finer things, kind of reminds me of Casanova Frankenstein from Mystery Men.

But just as The Tick is teaching Arthur to become a hero, so had The Terror trained his own protege.

Janet has electricity powers reminiscent of villains like Electro (The Amazing Spider-Man 2) or heroes like Black Lightning. Unfortunately, all the static electricity she generates has unfortunate side effects. Lint is constantly being attracted to her and sticking to her clothes, leading other henchmen to dub her “Miss Lint.” The static also makes her hair unmanageable, so she always has to pull it back and keep it tightly braided. It’s little details like that which make this show so clever. She also has a scar on her face and sports a glass eye, which reminds me of the villain in Last Action Hero (the actor would later play Tywin Lannister on Game of Thrones). I kind of feel sorry for her.

The Tick series spends time following Miss Lint, in addition to following Arthur, much like the Marvel show Daredevil follows The Kingpin, as well as Daredevil. In much the same way, as we follow Miss Lint, we come to empathize with her. We are drawn into her life, seeing that she has a douchebag ex-husband who won’t move out of their amazing apartment.

She feels directionless because her mentor who understood her, The Terror, has long-been presumed dead. She feels adrift in her current work for the city’s latest crime boss. This feeling of abandonment and loss of direction in life are powerful things that can really make the viewer associate with her character. So much so, that we almost don’t know who to root for during the Season 1 finale — much like how I felt conflicted about who to root for, The Kingpin or Daredevil, during that season’s finale showdown.

Don’t get me wrong, Miss Lint is still a villain, but I love her. Her first fight and encounter with The Tick is memorable for its hilarity:

There’s one more character that I want to mention and that’s the vigilante Overkill. He kinda looks like Deathstroke, has gadgets like Batman, guns down lawbreakers like Judge Dredd and is what The Punisher Netflix show should have been: An almost-parody of the anti-hero vigilante archetype, sometimes we just want to watch gangsters quake in their boots at the mention of his name, before he shows up and blows them all away. 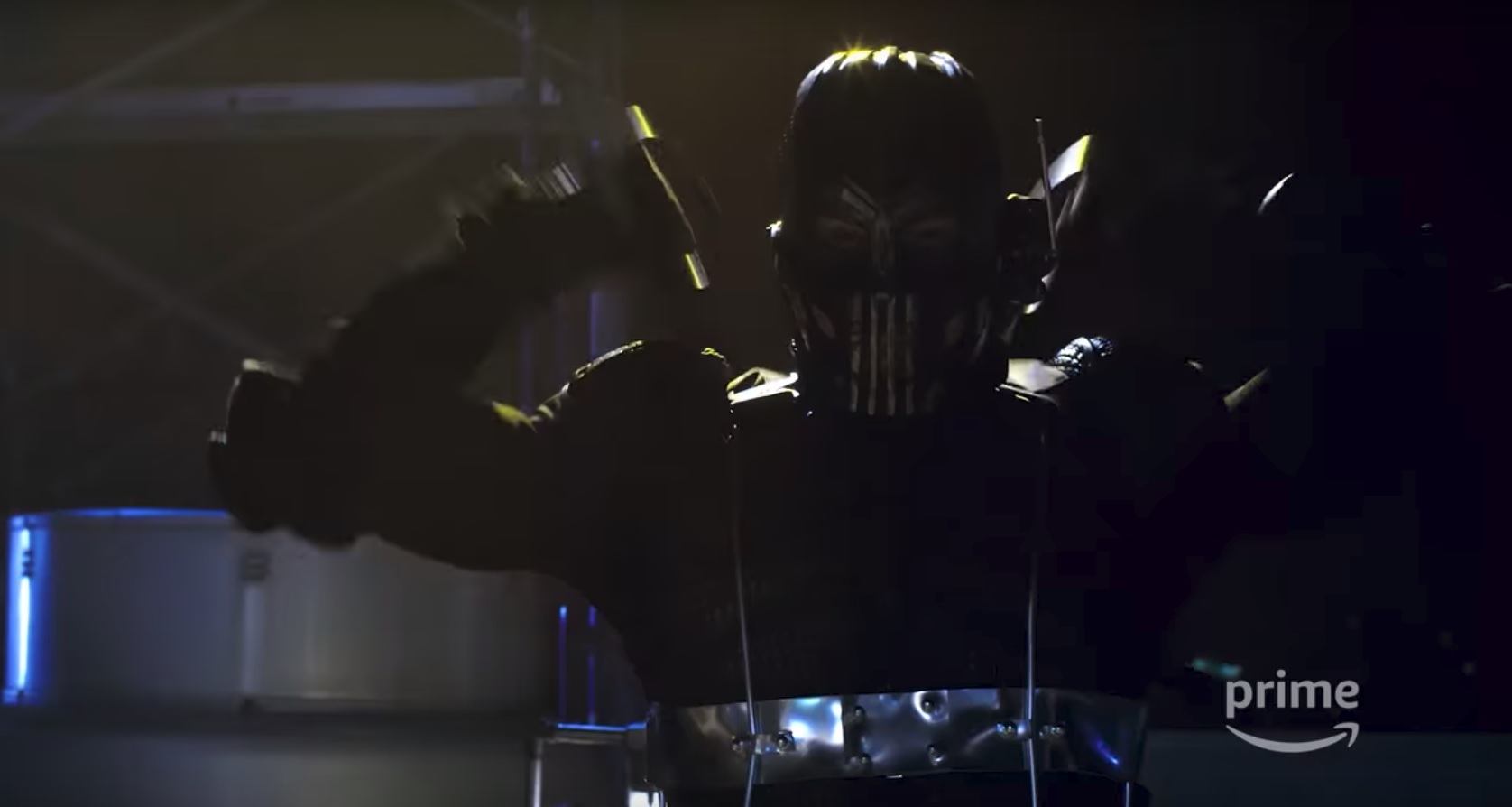 Isn’t it, though? It’s kind of satisfying to watch someone take down street criminals… for good.

Much like the rest of the supporting cast, we eventually get to learn more about Overkill’s backstory, which helps add to his depth. Beyond all the action, this focus on developing its characters, without bogging down the plot, is one of the great things about The Tick. Honestly, it’s something that I wish a few other superhero shows took to heart, including some of the CW shows and some of the less-compelling Marvel Netflix shows. Iron Fist and Season 2 of Jessica Jones… I’m lookin’ at you!

So, while you’re waiting for the next superhero show to drop, I recommend watching The Tick. It has great action without being overly dramatic. Plot, without filler episodes. Comedy, while still developing its characters. In short, The Tick has everything we need in a superhero show.